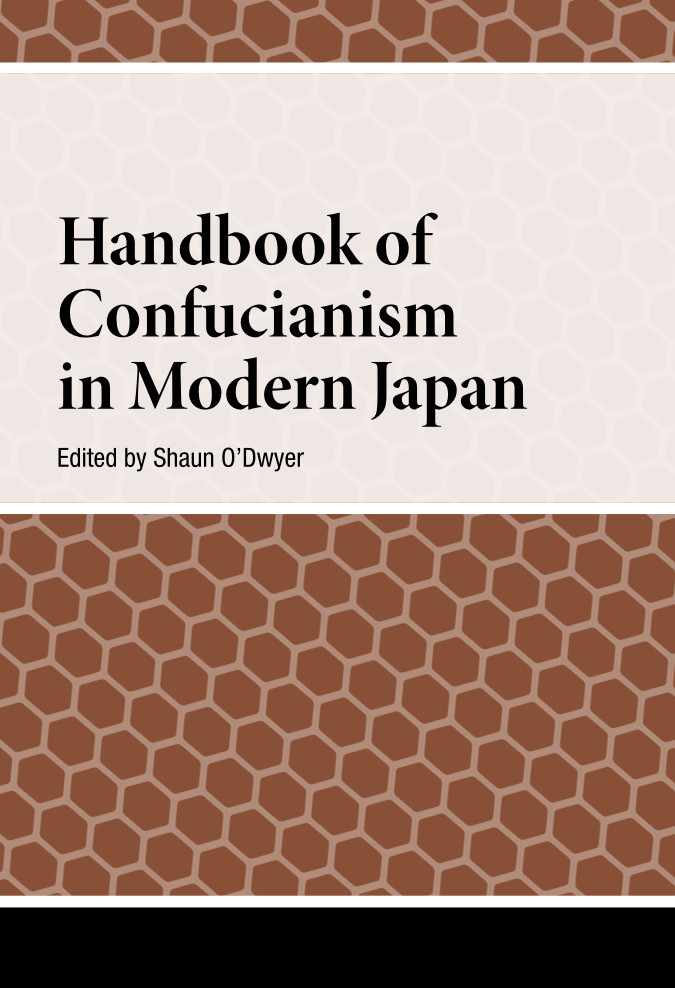 Handbook of Confucianism in Modern Japan

In mainstream assessments of Confucianism’s modern genealogy there is a Sinocentric bias which is, in part, the result of a general neglect of modern Japanese Confucianism by political and moral philosophers and intellectual historians during the post-war era. This collection of essays joins a small group of other studies bringing modern Japanese Confucianism to international scholarly notice, largely covering the time period between the Bakumatsu era of the mid-19th century and the 21st century.
The essays in this volume can be read for the insight they provide into the intellectual and ideological proclivities of reformers, educators and philosophers explicitly reconstructing Confucian thought, or more tacitly influenced by it, during critical phases in Japan’s modernization, imperialist expansionism and post-1945 reconstitution as a liberal democratic polity. They can be read as introductions to the ideas of modern Japanese Confucian thinkers and reformers whose work is little known outside Japan—and sometimes barely remembered inside Japan. They can also be read as a needful corrective to the above-mentioned Sinocentric bias in the 20th century intellectual history of Confucianism. For those Confucian scholars currently exploring how Confucianism is, or can be made compatible with democracy, at least some of the studies in this volume serve as a warning. They enjoin readers to consider how Confucianism was also rendered compatible with the authoritarian ultranationalism and militarism that captured Japan’s political system in the 1930s, and brought war to the Asia-Pacific region.

Shaun O’Dwyer is an associate professor in the Faculty of Languages and Cultures at Kyushu University. His research fields are in political and moral philosophy, and he has taken a keen interest in modern Confucian philosophy over the past 20 years. His last book Confucianism’s Prospects: A Reassessment was published by State University of New York Press in 2019.