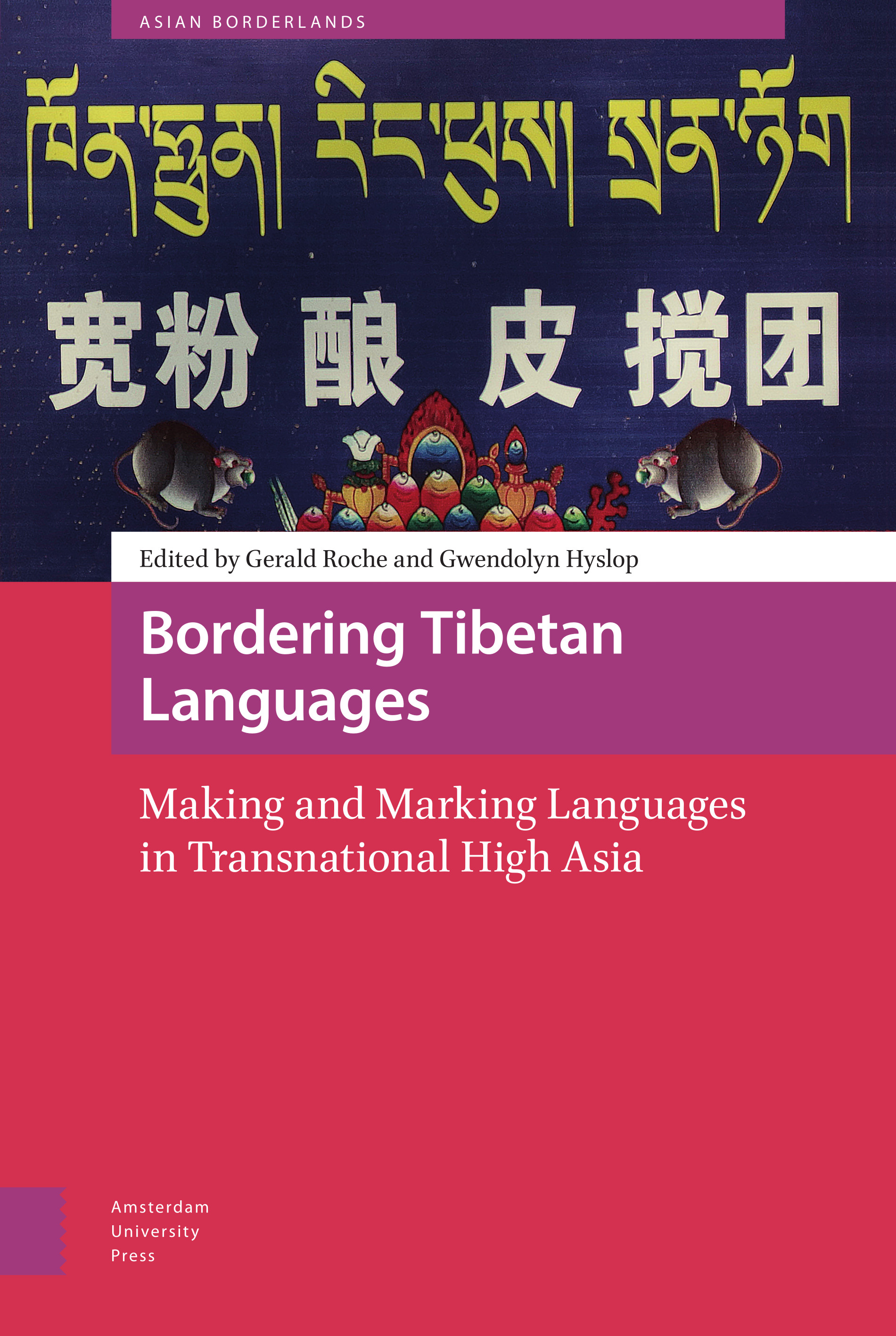 Bordering Tibetan Languages: Making and Marking Languages in Transnational High Asia examines the complex interactions between state, ethnic, and linguistic borders in the Himalayas. These case studies from Bhutan, China, India, and Nepal show how people in the Himalayas talk borders into existence, and also how those borders speak to them and their identities. These ‘talking borders’ exist in a world where state borders are contested, and which is being irrevocably transformed by rapid social and economic change. This book offers a new perspective on this dynamic region by centring language, and in doing so, also offers new ways of thinking about how borders and language influence each other.

Gerald Roche is a Senior Research Fellow in the Department of Politics, Media, and Philosophy at La Trobe University (Australia). He is an international expert in language revitalization and the politics of language in Tibet and the Himalayas.Gwendolyn Hyslop received her PhD from the University of Oregon and is a Senior Lecturer in the Department of Linguistics at the University of Sydney. She is a specialist of Tibeto Burman languages, in particular those from Bhutan. She has written a grammar of Kurtöp and also specializes in Historical Linguistics.Willem van Schendel, Professor of History, University of Amsterdam and International Institute of Social History, the Netherlands. He works with the history, anthropology and sociology of Asia. Recent works include A History of Bangladesh (2020), Embedding Agricultural Commodities (2017, ed.), The Camera as Witness (2015, with J. L. K. Pachuau). See uva.academia.edu/WillemVanSchendel.