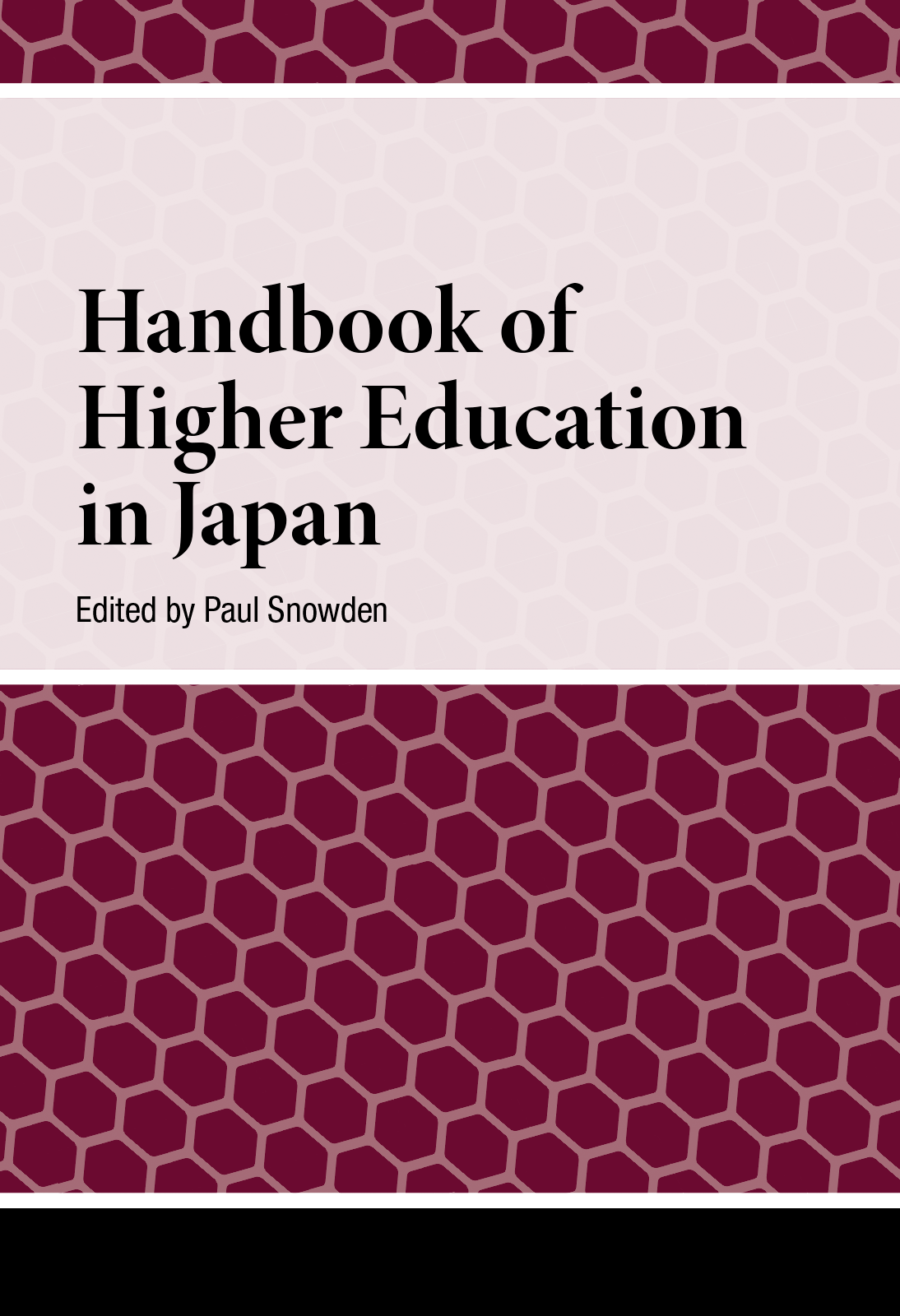 Handbook of Higher Education in Japan

Just as higher education (HE) in Europe had its beginnings in religious training for the priesthood, HE in feudal Japan, too, provided instruction for a religious life. But while the evolution to secular instruction was gradual in Europe, in Japan it came with a big bang: the "opening" of the country and consequent Westernization and all that that involved in the mid-19th century.

This first volume in the new Japan Documents Handbook series tells the story in 25 chapters of how Japan’s HE system has become what it is now, ending with a very tentative glimpse into the rest of the 21st century. A variety of themes are covered by scholars: chapters that concentrate on governance look at the distinction between "national," "public," and "private" institutions; others consider important topics such as internationalization, student recruitment, and faculty mobility. More innovative topics include "Women of Color Leading in Japanese Higher Education." All provide copious references to other authorities, but rather than just toe the conventional line they include opinions and proposals that may be contentious or even revolutionary. The editor provides an overview of the subject and its treatment in an Introduction.

Paul Snowden studied Modern and Medieval Languages at King’s College, Cambridge. Apart from the first five years of his career, he has lived and worked in Japan as a university teacher and administrator, and author or editor of numerous dictionaries, textbooks, and other Japan- related works. He worked longest (30 years) at Waseda University, where he served two terms as Dean of the School of International Liberal Studies—the first foreign national to hold such a post at that university—and has been Emeritus Professor since 2014. His most recent post was Vice-President of Kyorin University. Having retired in 2020, he now acts as a director for the Japan campus of Lakeland University, Wisconsin.