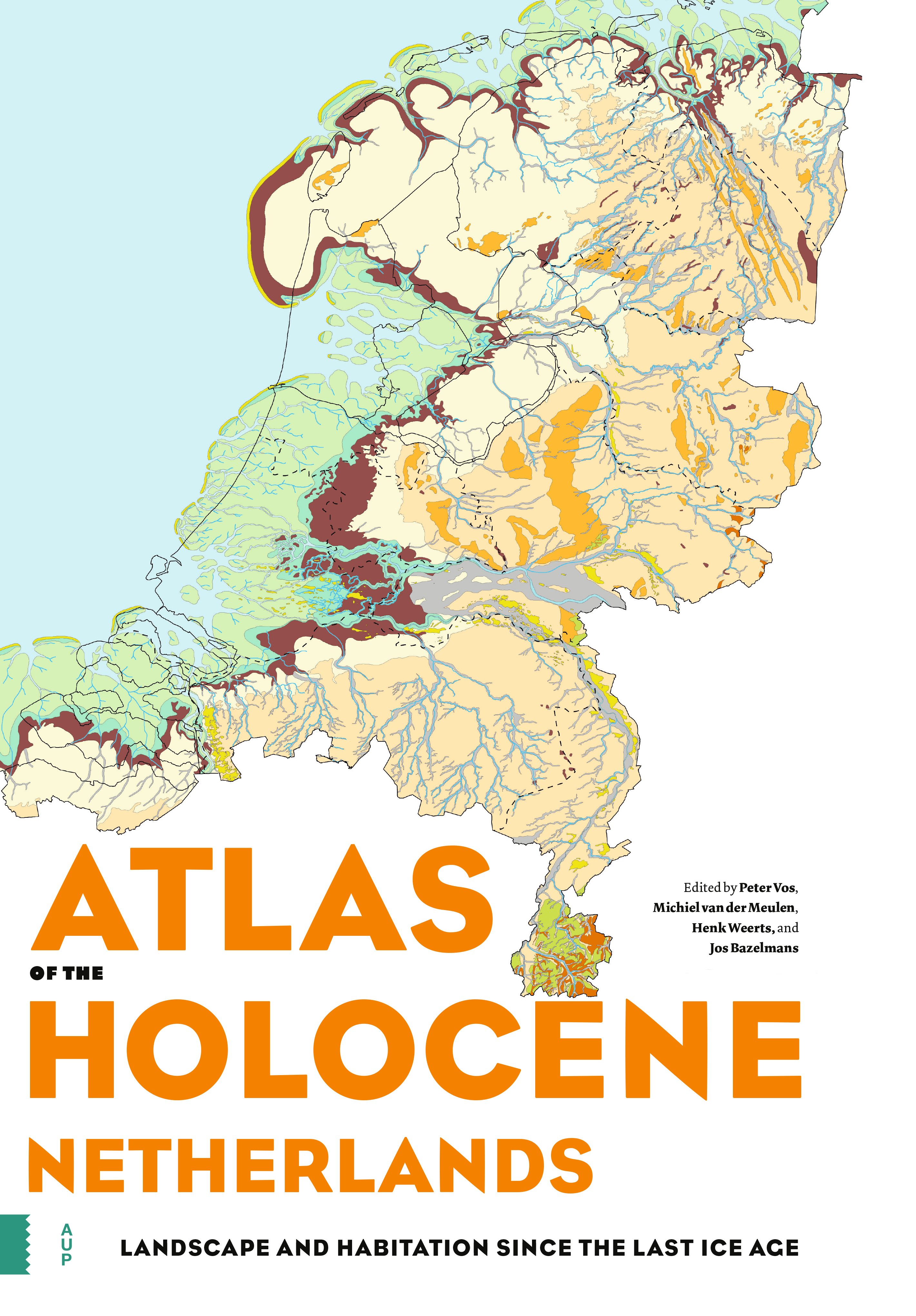 Atlas of the Holocene Netherlands

Landscape and Habitation since the Last Ice Age

The landscape of the Netherlands has been changing constantly since the end of the last ice age, some 11,700 years ago. Where we walk today was once a polar desert, a river delta or a shallow sea. The end of the last ice age marked the beginning of a new geological period - the Holocene, the relatively warm geological epoch in which we are still living today. The Atlas of the Holocene Netherlands contains special maps, supplemented by archaeological and historical information. These maps show the geographical situation for thirteen different points in time since the last ice age, based on tens of thousands of drill samples and the latest geological, soil and archaeological research. This magnificent atlas also paints a surprising picture of the position we humans have occupied in the landscape. It addresses such questions as: How did we take advantage of the opportunities offered by the landscape? And how did we mould the landscape to suit our own purposes? The Atlas of the Holocene Netherlands will change once and for all the way you look at the Dutch landscape.