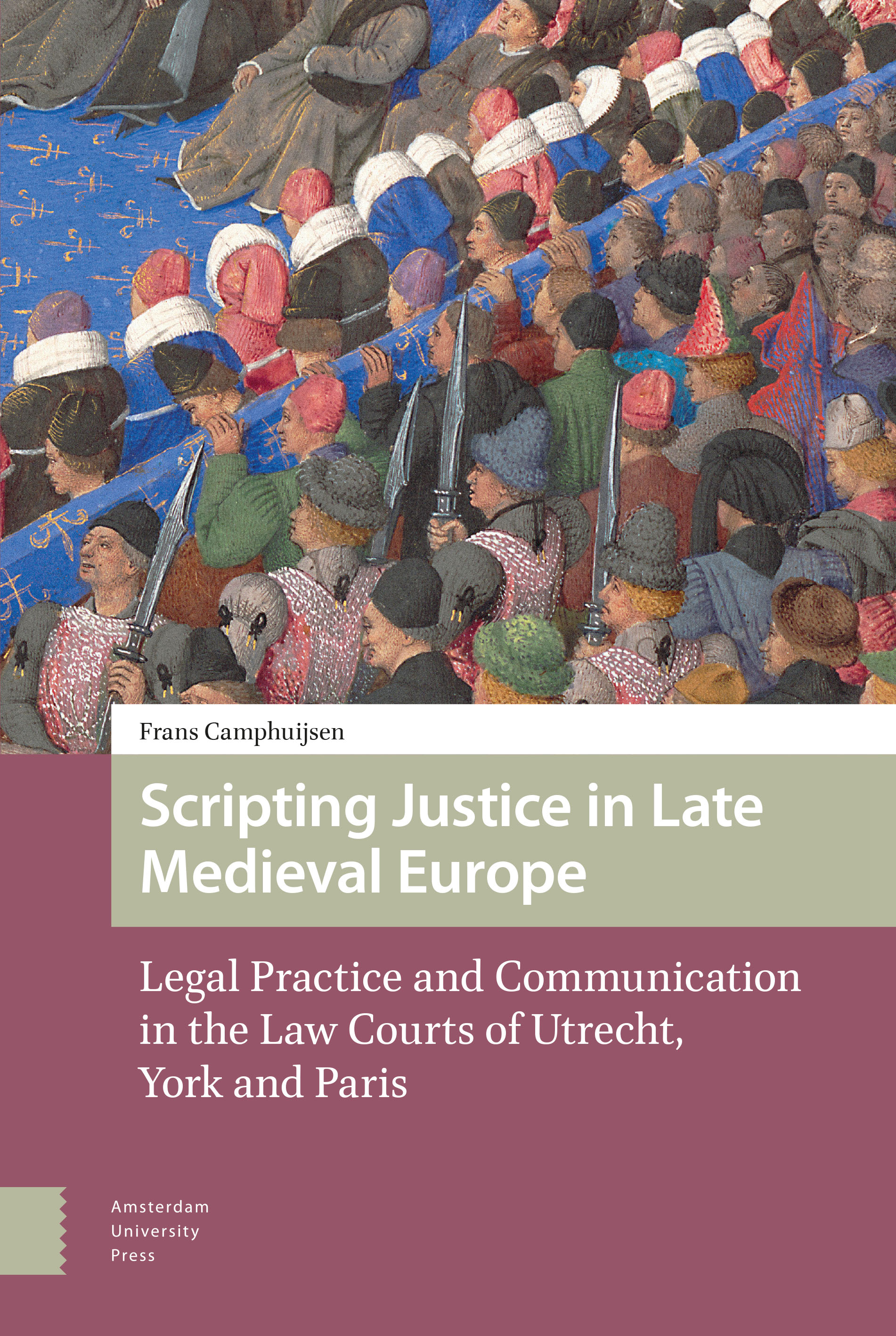 Legal Practice and Communication in the Law Courts of Utrecht, York and Paris

Late medieval societies witnessed the emergence of a particular form of socio-legal practice and logic, focused on the law court and its legal process. In a context of legal pluralism, courts tried to carve out their own position by influencing people’s conception of what justice was and how one was supposed to achieve it. These “scripts of justice” took shape through a range of media, including texts, speech, embodied activities and the spaces used to perform all these. Looking beyond traditional historiographical narratives of state building or the professionalization of law, this book argues that the development of law courts was grounded in changing forms of multimedial interaction between those who sought justice and those who claimed to provide it. Through a comparative study of three markedly different types of courts, it involves both local contexts and broader developments in tracing the communication strategies of these late medieval claimants to socio-legal authority.

Frans Camphuijsen is a socio-cultural historian of late medieval cities and their institutions. Working comparatively with French, English and Dutch sources, his interests range from law courts to histories of performance and materiality. He obtained his PhD in 2017 from the University of Amsterdam, where he currently teaches Medieval History.