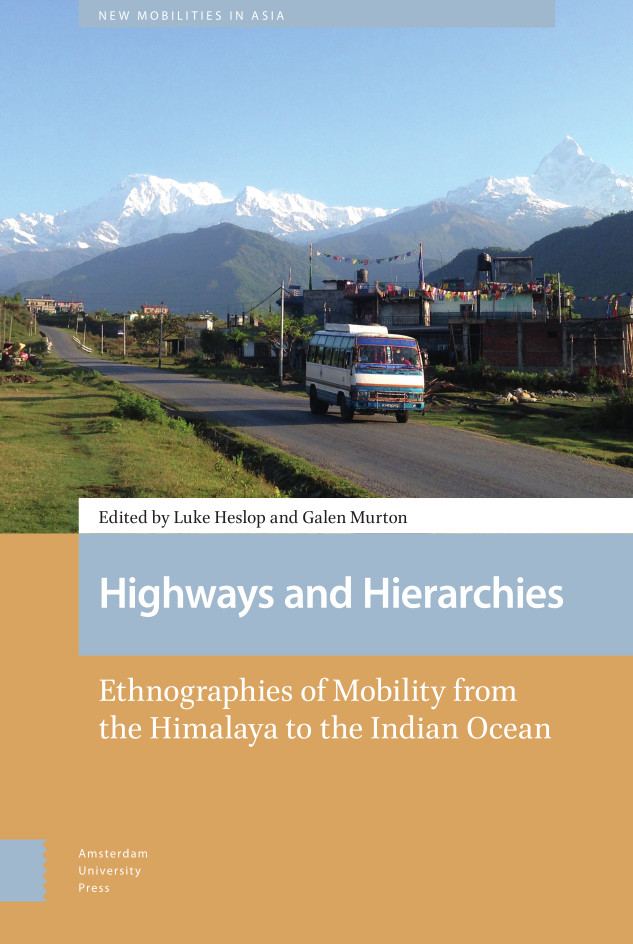 Ethnographies of Mobility from the Himalaya to the Indian Ocean

Highways and Hierarchies: Ethnographies of Mobility from the Himalaya to the Indian Ocean explores the contemporary proliferation of roads in South Asia and the Tibet-Himalaya region, showing how new infrastructures simultaneously create fresh connections and reinforce existing inequalities. Bringing together ethnographic studies on the social politics of road development and new mobilities in twenty-first-century Asia, this edited collection demonstrates that while new roads generate new forms of hierarchy, older forms of hierarchy are remade and re-established in creative and surprising new ways. Focused on South Asia but speaking to more global phenomena, the chapters collectively reveal how road planning, construction and usage routinely yield a simultaneous reinforcement and disruption of social, political and economic relations.

Luke Heslop is a Lecturer in Social Anthropology at Brunel University and a Visiting Fellow at the London School of Economics and Political Science. He specialises in trade, labour, and mercantile kinship in South Asia, and infrastructure and connectivity in the Indian Ocean.Galen Murton is Assistant Professor of Geographic Science at James Madison University in Harrisonburg, Virginia USA. His work is primarily concerned with the politics of large-scale infrastructure development throughout the Himalayas and especially in the borderlands of Nepal, India, and Tibetan regions of China.