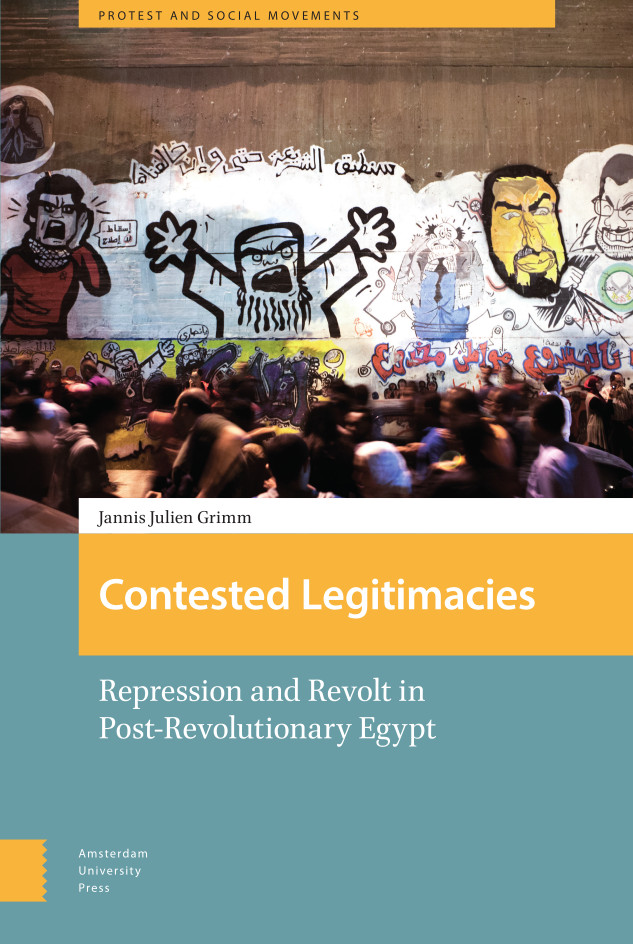 Repression and Revolt in Post-Revolutionary Egypt

Since the overthrow of President Mursi in mid-2013, Egypt has witnessed an authoritarian rollback and shrinking spaces for civil society. Nationalist discourses have villified popular protest and channelled pressure for reform into a state-centric model of governance. Despite this hostile environment for social mobilization, protest has persisted. Contested Legitimacies explores this resilience of contentious politics through a multimethod approach that is attuned to the physical and discursive interactions among key players in Egypt’s protest arena. Drawing from a unique archive of sources, it investigates the rise and fall of different coalitions of contenders, from the Tamarod uprising against Mursi, to the Anti-Coup resistance against the military coup, to the challenges posed by the Tiran and Sanafir island campaign to Al-Sisi's regime. It highlights the decisive impact of battles fought in a discursive arena on the conditions of possibility for street politics: In postrevolutionary Egypt, a contest over the meaning of political legitimacy cemented political polarization, limited social movements’ coalition choices, and ultimately paved the way for a restoration of autocracy.

Dr. Jannis Julien Grimm heads the research group "Radical Spaces" at the Center for Interdisciplinary Peace Conflict Research at Freie Universität Berlin. For his research on protest-repression dynamics in Egypt, which is at the heart of this book, he received the German Middle East Studies Association’s dissertation award in 2020 and the German Political Science Association’s research award in 2021.