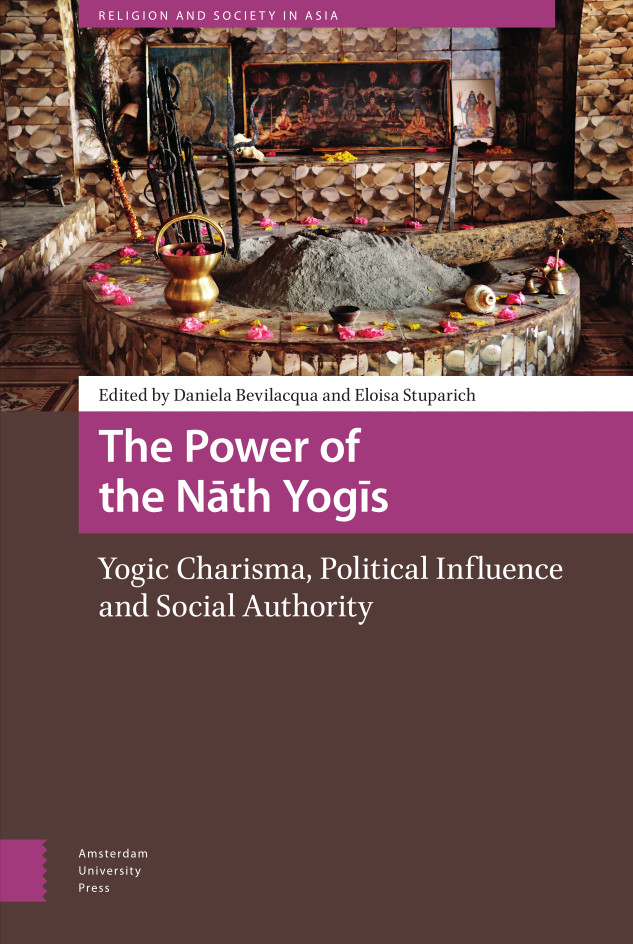 The Power of the Nath Yogis

The volume collects a series of contributions that help reconstruct the recent history of the Nath tradition, highlighting important moments of self.reinterpretation in the sampradaya’s interaction with different social milieus. The leitmotif tying together the selection of articles is the authors’ explorations of the overlap between religious authority and political power. For example, in which ways do the Naths’ hagiographical claim of possessing yogic charisma (often construed as supernatural powers, siddhis) translate into mundane expressions of socio-political power? And how does it morph into the authority to reinterpret and recreate particular traditions? The articles approach different aspects of the recent history of the Nath sampradaya, spanning from stories of yogis guiding kings in the petty principalities of the eighteenth century to gurus who sought prominence in the transnational environments of the twentieth century; examining some Nath lineages and institutions under the British Raj, in the history of Nepal, and in contemporary India.

Daniela Bevilacqua is a Research Associate at SOAS. She received her PhD in Civilizations of Africa and Asia from Sapienza University of Rome and in Anthropology from the University of Paris Nanterre. Her PhD research was published by Routledge under the title Modern Hindu Traditionalism in Contemporary India. She was previously a Postdoctoral Research Fellow for the ERC funded Hatha Yoga Project. Her fields of research include Hindu ascetic groups, embodied practices and gender and religion.Eloisa Stuparich is a Research Fellow at the Giorgio Cini Foundation (Venice, Italy), where she is currently working on the digitization of the Sanskrit manuscripts of the Danielou Fund.