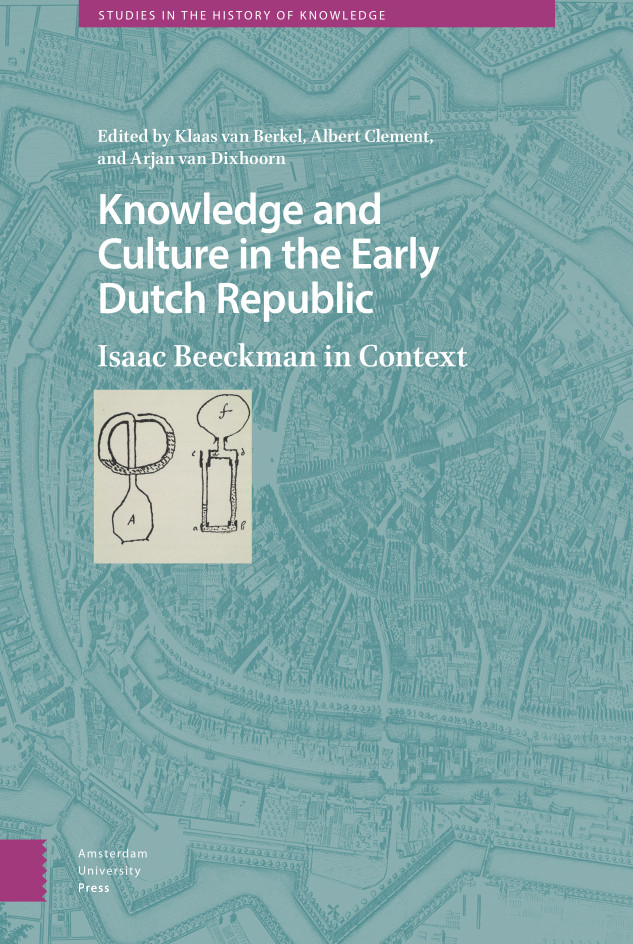 Knowledge and Culture in the Early Dutch Republic

The Dutch Republic around 1600 was a laboratory of the Scientific Revolution of the seventeenth century. Here conditions were favourable for the development of new ways of knowing nature and the natural philosopher Isaac Beeckman, who was born in Middelburg in 1588, was a seminal figure in this context. He laid the groundwork for the strictly mechanical philosophy that is at the heart of the new science. Descartes and others could build on what they learned, directly or indirectly, from Beeckman. As previous studies have mainly dealt with the scientific content of Beeckman’s thinking, this volume also explores the wider social, scientific and cultural context of his work. Beeckman was both a craftsman and a scholar and fruitfully combined artisanal ways of knowing with international scholarly traditions. Beeckman’s extensive private notebook offers a unique perspective on the cultures of knowledge that emerged in this crucial period in intellectual history.

Klaas van Berkel is Rudolph Agricola Professor of History of the University of Groningen. He published widely on cultural history and history of science and has a special interest in the history of early modern science and the history of scientific institutions. He is the author of Isaac Beeckman on Matter and Motion. Mechanical Philosophy in the Making (Baltimore: Johns Hopkins University Press, 2013).Albert Clement is Professor of Musicology (University of Utrecht), Professor of Theology and Music (Theological University of Apeldoorn), organist and theologian. He was deeply involved in setting up Utrecht University’s International Honours College in Middelburg in the years 2003-2004, and introduced Performing Arts in the Dutch university system. He published widely on the history of music from the fifteenth to the twentieth centuries, notably on Johann Sebastian Bach and Felix Mendelssohn Bartoldy, and supervises a large international circle of PhD students. Arjan van Dixhoorn is Hurgronje Professor by special appointment for the History of Zeeland in the World at Utrecht University and teaches history at its international honours college, University College Roosevelt, in Middelburg. He was FWO-research fellow at the universities of Antwerp and Ghent from 2005 until 2014. His publications investigate the early modern history of public opinion and the social history of knowledge, with a focus on the role of vernacular literary cultures in Europe.