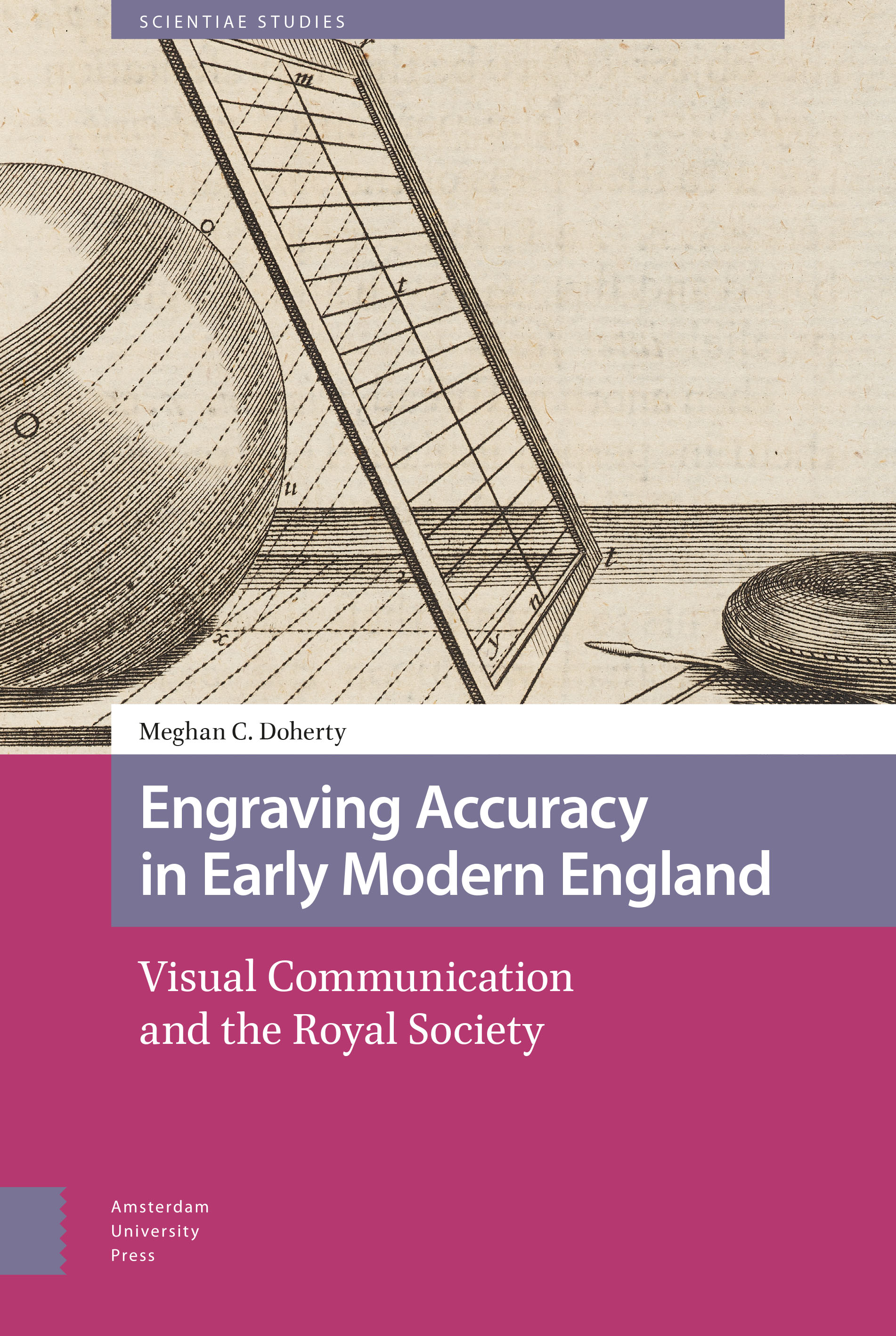 Visual Communication and the Royal Society

Engraving Accuracy in Early Modern England traces major concepts including: the creation of the visual effects of accuracy through careful action and training; the development of visual judgment and connoisseurship; the role of an epistolary network in the production of knowledge; balancing readers’ expectations with representational conventions; and the effects of collecting on the creation and circulation of knowledge.
On the one hand, this study uncovers how approaches to knowledge production differed in the seventeenth century as compared with the twenty-first century. On the other, it reveals how the early modern struggle to sort through an overwhelming quantity of visual information - brought on by major changes in image production and circulation - resonates with our own.

Meghan C. Doherty is the Director of the Museum of the White Mountains at Plymouth State University in Plymouth, NH. Her research focuses on the connections between art and science, particularly as seen in the visual culture of the early Royal Society of London.