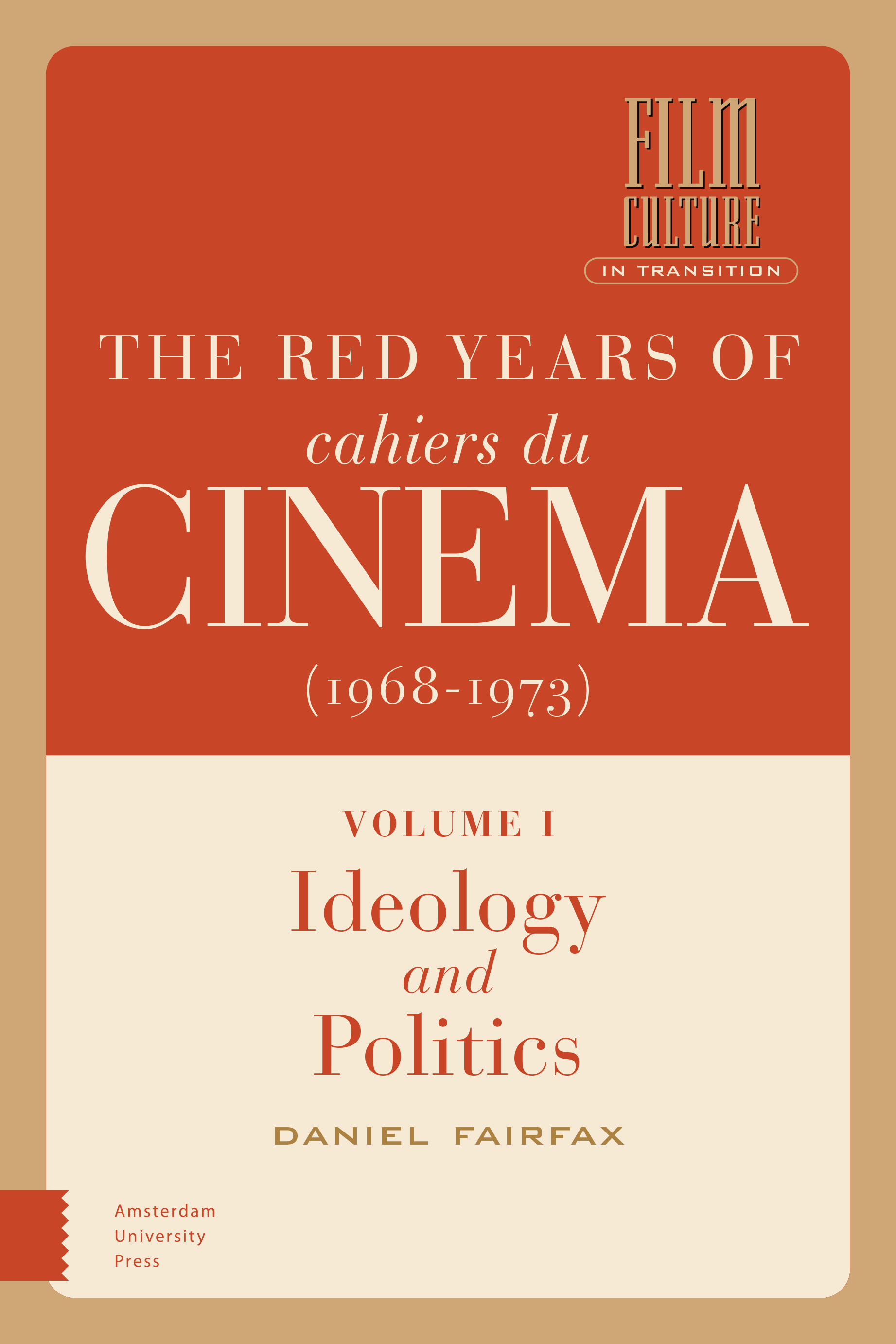 The uprising which shook France in May 1968 also had a revolutionary effect on the country’s most prominent film journal. Under editors Jean-Louis Comolli and Jean Narboni, Cahiers du cinéma embarked on a militant turn that would govern the journal's work over the next five years. Inspired by Marxist and psychoanalytic theory, the "red years" of Cahiers du cinéma produced a theoretical outpouring that was seminal for the formation of film studies and is still of vital relevance for the contemporary audiovisual landscape.

The Red Years of Cahiers du Cinéma (1968-1973) gives an overview of this period in the journal’s history and its aftermath, combining biographical accounts of the critics who wrote for Cahiers in the post 1968 period with theoretical explorations of their key texts.

Daniel Fairfax is Assistant Professor of Film Studies at the Goethe-Universität Frankfurt and an editor of the online film journal Senses of Cinema.