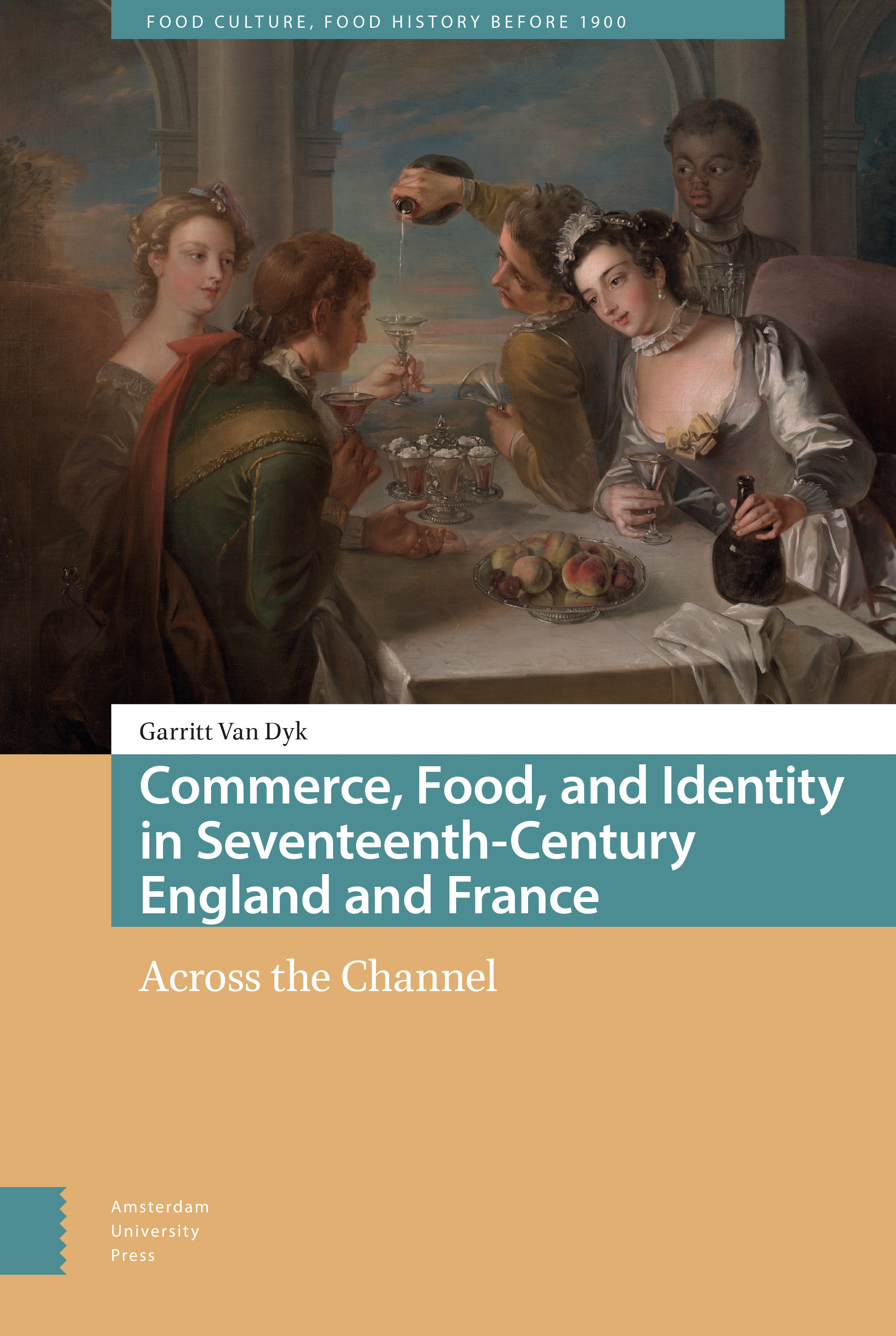 Commerce, Food, and Identity in Seventeenth-Century England and France

“Tell me what you eat, and I’ll tell you who you are” was the challenge issued by French gastronomist Jean Brillat-Savarin. Champagne is declared a unique emblem of French sophistication and luxury, linked to the myth of its invention by Dom Pérignon. Across the Channel, a cup of sweet tea is recognized as a quintessentially English icon, simultaneously conjuring images of empire, civility, and relentless rain that demands the sustenance and comfort that only tea can provide. How did these tastes develop in the seventeenth century?
Commerce, Food, and Identity in Seventeenth-Century England and France: Across the Channel offers a compelling historical narrative of the relationship between food, national identity, and political economy in the early modern period. These mutually influential relationships are revealed through comparative and transnational analyses of effervescent wine, spices and cookbooks, the development of coffeehouses and cafés, and the ‘national sweet tooth’ in England and France.

Garritt Van Dyk is Lecturer at the University of Newcastle. He has published essays in A Cultural History of Plants in the Seventeenth and Eighteenth Centuries, EMaj, Eighteenth-Century Life, and Petits Propos Culinaires. He is a recipient of the Sophie Coe Prize for writing in food history.