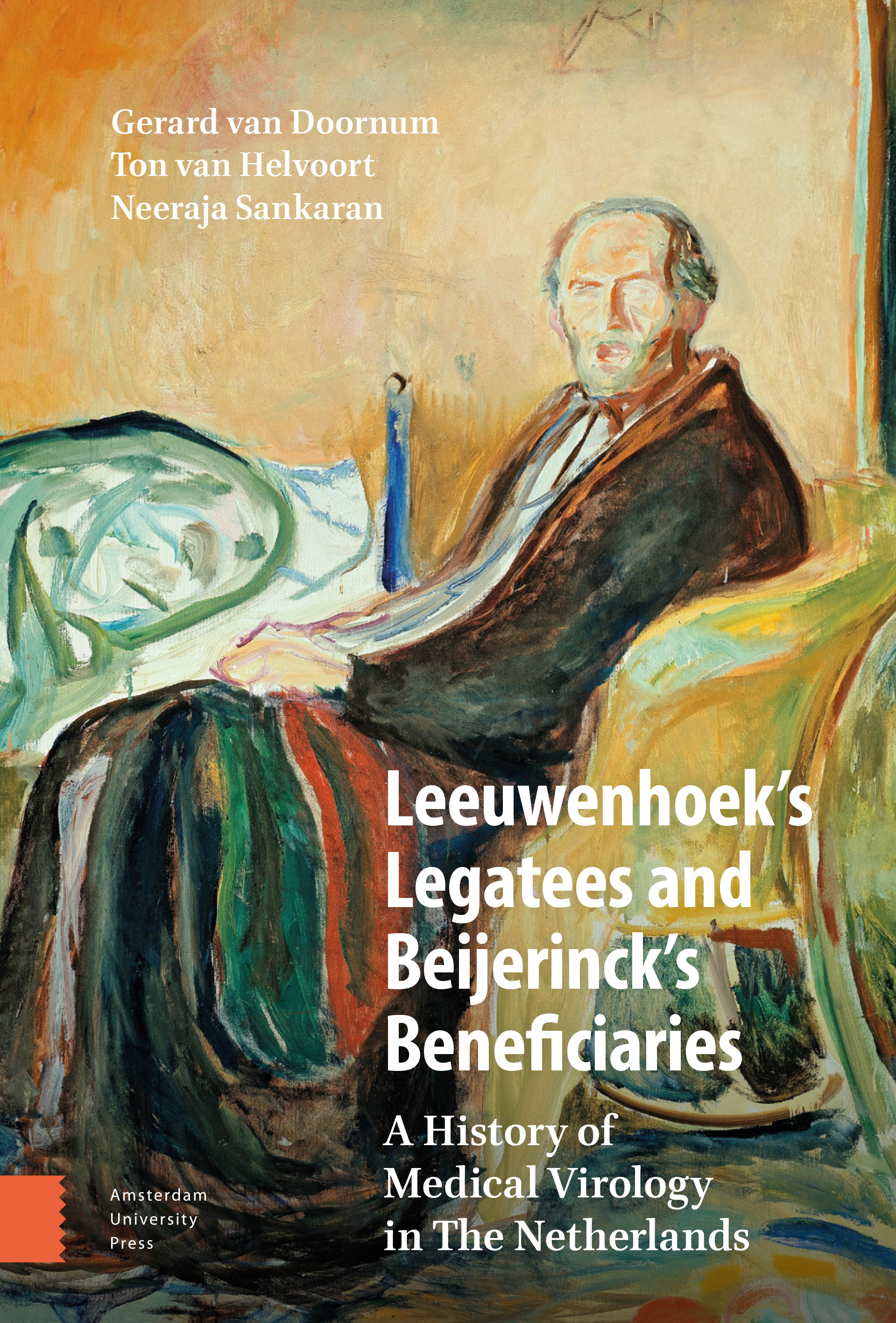 A History of Medical Virology in The Netherlands

Leeuwenhoek’s Legatees and Beijerinck’s Beneficiaries: A History of Medical Virology in The Netherlands offers a tour of the history of Dutch medical virology. Beginning with the discovery of the first virus by Martinus Beijerinck in 1898, the authors investigate the reception and redefinition of his concept in medical circles and its implications for medical practice. The relatively slow progress of these areas in the first half of the twentieth century and their explosive growth in the wake of molecular techniques are examined. The surveillance and control of virus diseases in the field of public health is treated in depth, as are tumour virus research and the important Dutch contributions to technical developments instrumental in advancing virology worldwide. Particular attention is paid to oft forgotten virus research in the former Dutch colonies in the East and West Indies and Africa.

Gerard van Doornum is professor emeritus of Clinical Virology, Erasmus MC, Rotterdam, the Netherlands.Ton van Helvoort studied at the University of Nijmegen. His 1993 thesis (Maastricht) is entitled Research styles in virus studies in the twentieth century. As an independent historian of science, he specializes in chemistry and medicine.Neeraja Sankaran trained as microbiologist and science writer before obtaining her PhD in the history of science and medicine at Yale University with the thesis Macfarlane Burnet and the nature of the bacteriophages, 1924-1937. She currently works as independent scholar and a freelance science writer and editor.