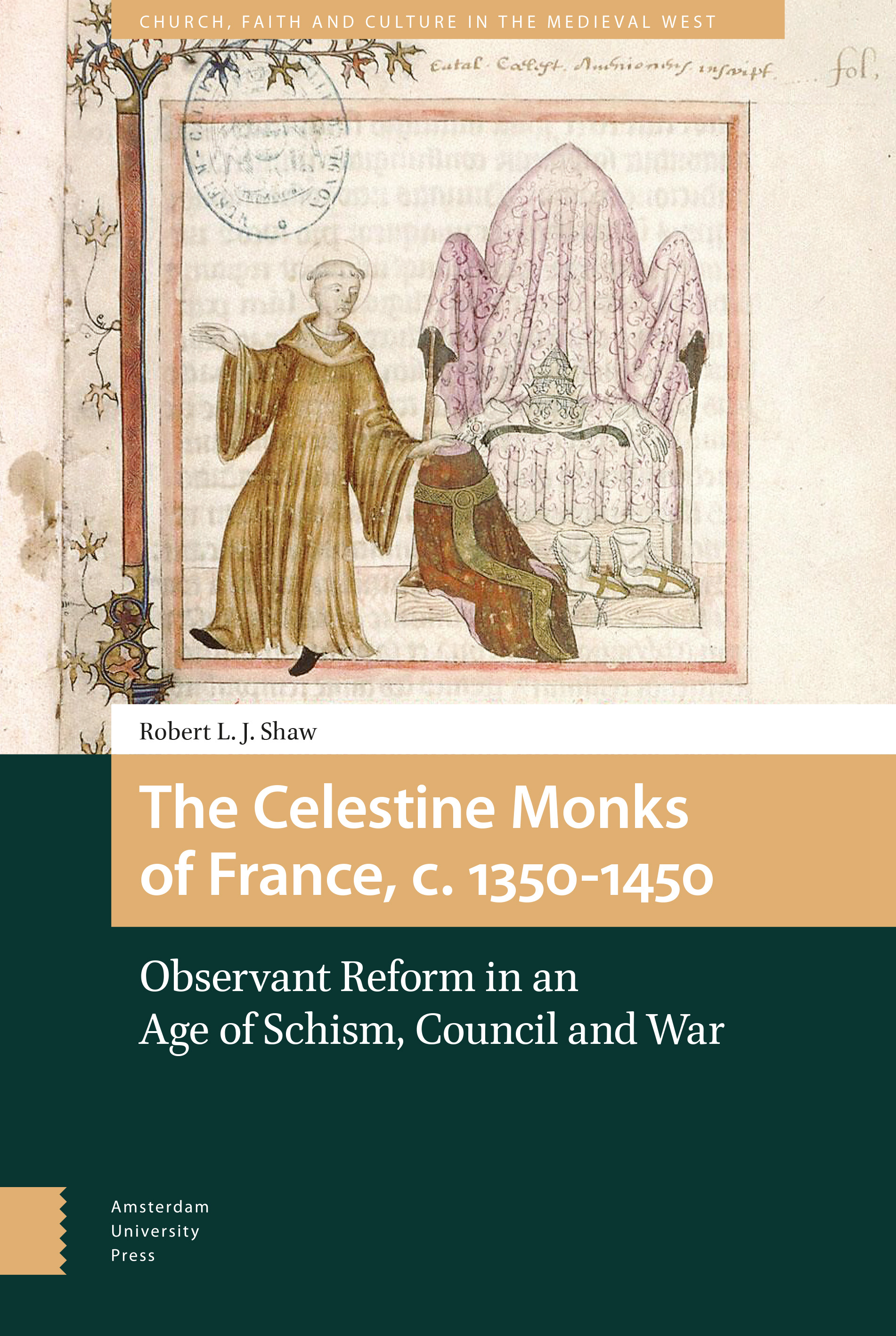 Observant Reform in an Age of Schism, Council and War

The Celestine monks of France represent one of the least studied monastic reform movements of the late Middle Ages, and yet also one of the most culturally impactful. Their order - an austere Italian Benedictine reform of the late thirteenth century, which came to be known after the papal name (Celestine V) of its founder (Pietro da Morrone / St Peter Celestine) - arrived in France in 1300. After a period of limited growth, they flourished in the region from c.1350: they added thirteen new houses over the next hundred years, taking their total to seventeen by 1450. Not only did the French Celestines expand in this century, they gained a distinctive character that separated them from their Italian brothers. More urban, better connected with both aristocratic and bourgeois society, and yet still rigorous and reformist, they characterised themselves as the 'Observant' wing of their order, having gained self-government for their provincial congregation in 1380 following the arrival of the Great Western Schism (1378-1417). But, as Robert L.J. Shaw argues, their importance runs beyond monastic reform: the late medieval French Celestines are a mirror of the political, intellectual, and Christian reform culture of their place and time. Within a France torn by war and a Church divided by schism, the French Celestines represented hope for renewal, influencing royal presentation, lay religion, and some of the leading French intellectuals of the period, including Jean Gerson.

Robert L. J. Shaw is a former Andrew W. Mellon Postdoctoral Fellow at the Pontifical Institute of Mediaeval Studies (2016-17). He has a D.Phil in History from the University of Oxford (Oriel College).