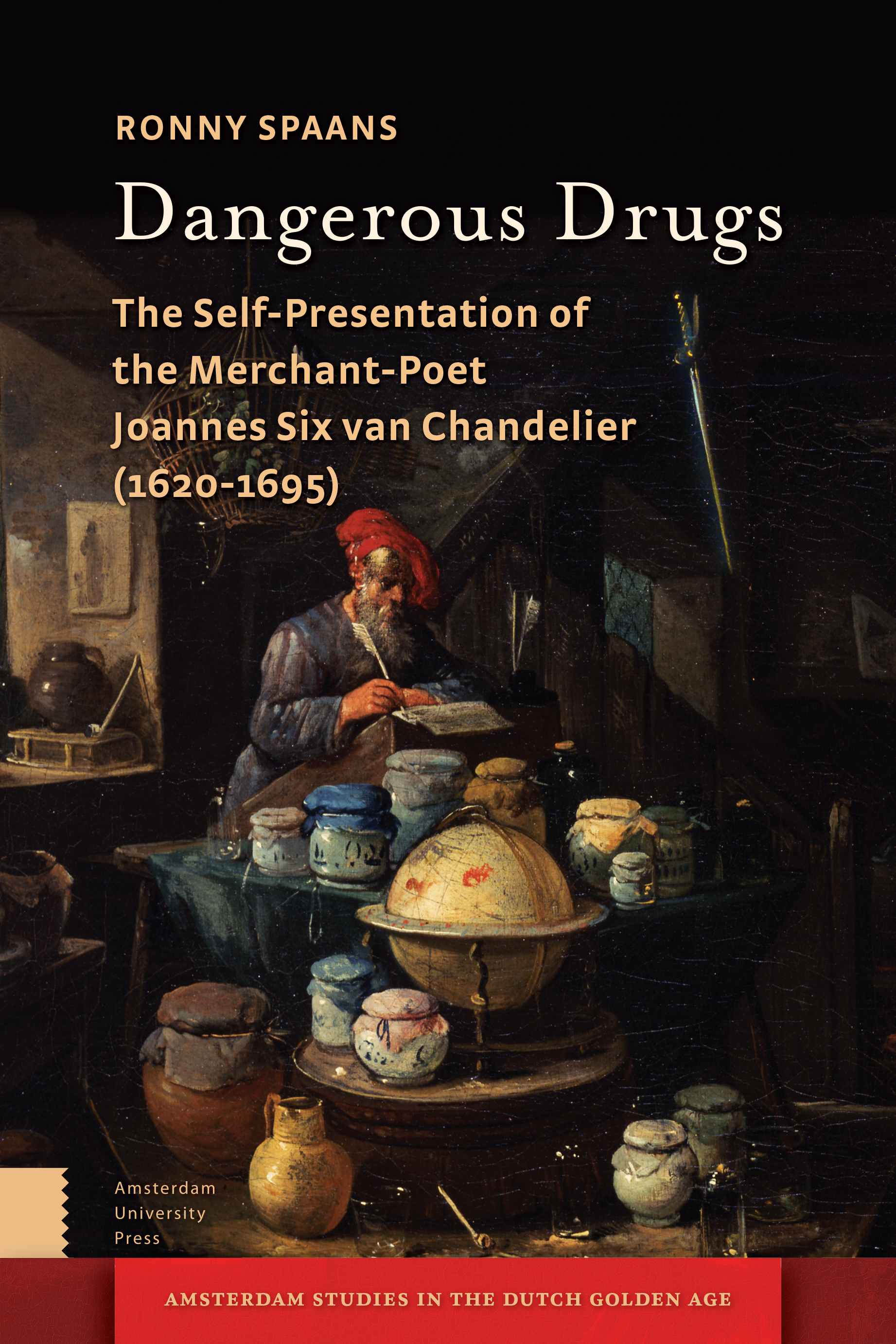 In the 17th century, the Dutch Republic was the centre of the world trade in exotic drugs and spices. They were sought after both as medicines, and as luxury objects for the bourgeois class, giving rise to a medical and moral anxiety in the Republic. This ambivalent view on exotic drugs is the theme of the poetry of Joannes Six van Chandelier (1620-1695). Six, who himself ran the drug shop ‘The Gilded Unicorn’ in Amsterdam, addresses a number of exotic medicines in his poems, such as musk, incense, the miracle drug theriac, Egyptian mumia, and even the blood of Charles I of England. In Dangerous Drugs, these texts are studied for the first time. The study shows how Six, through a process of self-presentation as a sober and restrained merchant, but also as a penitent sinner, thirsting for God’s grace, links early modern drug abuse to different desires, such as lust, avarice, pride and curiosity. The book shows also how an early modern debate on exotic drugs contributed to an important shift in early modern natural science, from a drug lore based on mythical and fabulous concepts, to a botany based on observation and systematic examination.