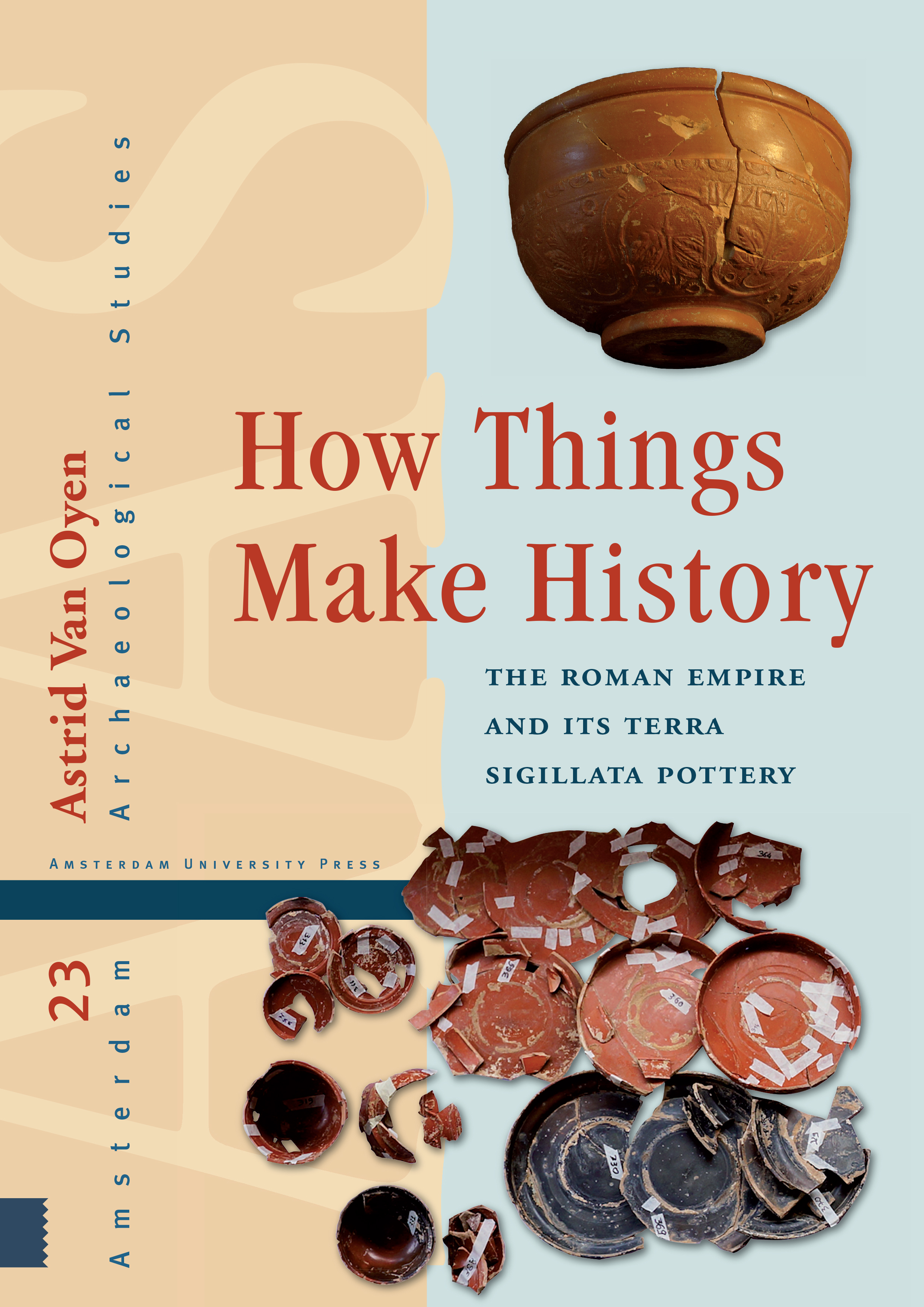 The Roman Empire and its terra sigillata Pottery

Bright red terra sigillata pots dating to the first three centuries CE can be found throughout the Western Roman provinces. The pots' widespread distribution and recognisability make them key evidence in the effort to reconstruct the Roman Empire's economy and society. Drawing on recent ideas in material culture, this book asks a radically new question: what was it about the pots themselves that allowed them to travel so widely and be integrated so quickly into a range of contexts and practices? To answer this question, Van Oyen offers a fresh analysis in which objects are no longer passive props, but rather they actively shape historical trajectories.

Astrid Van Oyen is Assistant Professor of Classical Archaeology at Cornell University. Her interests concern the archaeology and history of Roman Italy and the Western Provinces, with a focus on empire and imperialism, materiality, and socio-economics. She has written about post-colonialism, networks, Roman villas, and city-countryside relations. She is the PI of the Marzuolo Archaeological Project (MAP), investigating dynamics of rural innovation in Roman Italy.