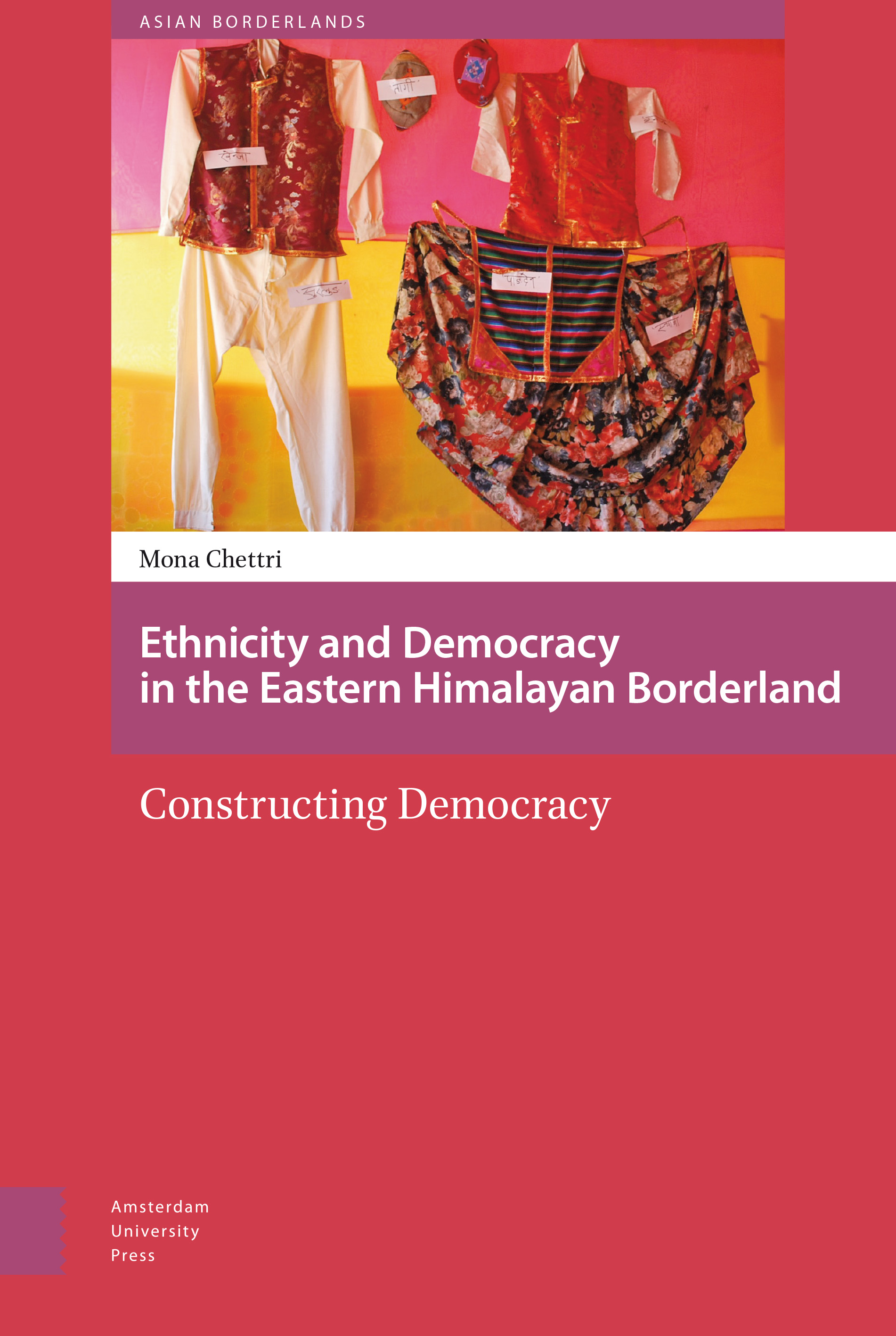 Ethnicity and Democracy in the Eastern Himalayan Borderland

This book presents a close look at the growth, success, and proliferation of ethnic politics on the peripheries of modern South Asia, built around a case study of the Nepal ethnic group that lives in the borderlands of Sikkim, Darjeeling, and east Nepal. Grounded in historical and ethnographic research, it critically examines the relationship between culture and politics in a geographical space that is home to a diverse range of ethnic identities, showing how new modes of political representation, cultural activism, and everyday politics have emerged from the region.

Mona Chettri is a Next Generation Network Scholar at the Australia-India Institute, University of Western Australia. She is the author of Ethnicity and Democracy in the Eastern Himalayan Borderland: Constructing Democracy (Amsterdam University Press, 2017). Her current research focuses on infrastructure, urbanisation, and gender in the Sikkim-Darjeeling Himalaya.Willem van Schendel, Professor of History, University of Amsterdam and International Institute of Social History, the Netherlands. He works with the history, anthropology and sociology of Asia. Recent works include A History of Bangladesh (2020), Embedding Agricultural Commodities (2017, ed.), The Camera as Witness (2015, with J. L. K. Pachuau). See uva.academia.edu/WillemVanSchendel.