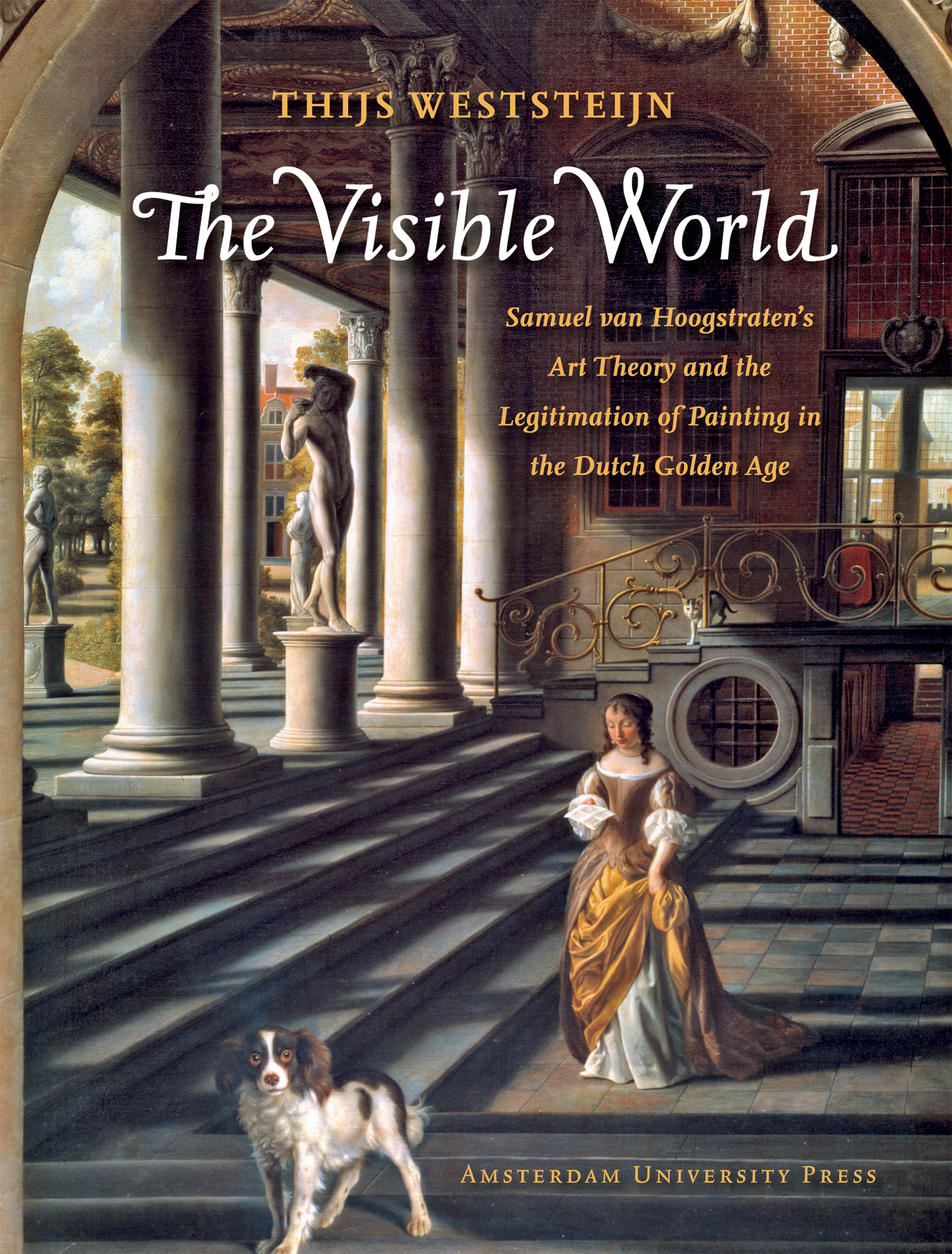 How did painters and their public speak about art in Rembrandt’s age? This book about the writings of the painter-poet Samuel van Hoogstraten, one of Rembrandt’s pupils, examines a wide variety of themes from painting practice and theory from the Dutch Golden Age. It addresses the contested issue of ‘Dutch realism’ and its hidden symbolism, as well as Rembrandt’s concern with representing emotions in order to involve the spectator. Diverse aspects of imitation and illusion come to the fore, such as the theory behind sketchy or ‘rough’ brushwork and the active role played by the viewer’s imagination. Taking as its starting point discussions in Rembrandt’s studio, this unique study provides an ambitious overview of Dutch artists’ ideas on painting.

The Visible World was awarded the Jan van Gelder Prize in 2009.

“Thijs Weststeijn’s book … is destined to become one of the principal bibles for those who even remotely wish to read and understand Samuel van Hoogstraten’s thinking … written in clear, elegant language”, Jan Blanc in Simiolus 33/4 (2007-8).

“By asking purposeful questions about Dutch Baroque art theory and Van Hoogstraten’s place within it, Thijs Weststeijn has provided convincing and thoughtful answers, and made a most appreciated and masterful contribution to the field.” Amy Golahny in Sehepunkte 10 (2010), nr. 6.

“[Weststeijn] shows persuasively how Van Hoogstraten’s Inleyding is rooted in the tradition of classical rhetoric and philosophy … Chapters about aspects discussed in detail in the Inleyding, such as pictorial imitation, coloring and the depiction of emotion, reveal that Van Hoogstraten’s perspective on the theory of art was an idiosyncratic one … Weststeijn supposes at various moments in his book that Samuel van Hoogstraten wanted in particular to provide a legitimation for Rembrandt’s painting practice by writing down the ideas that he must have heard in the latter’s studio.” Bram de Klerck in NRC Handelsblad, 13 February 2009.

Thijs Weststeijn is a researcher and lecturer at the department of Art History of the University of Amsterdam.