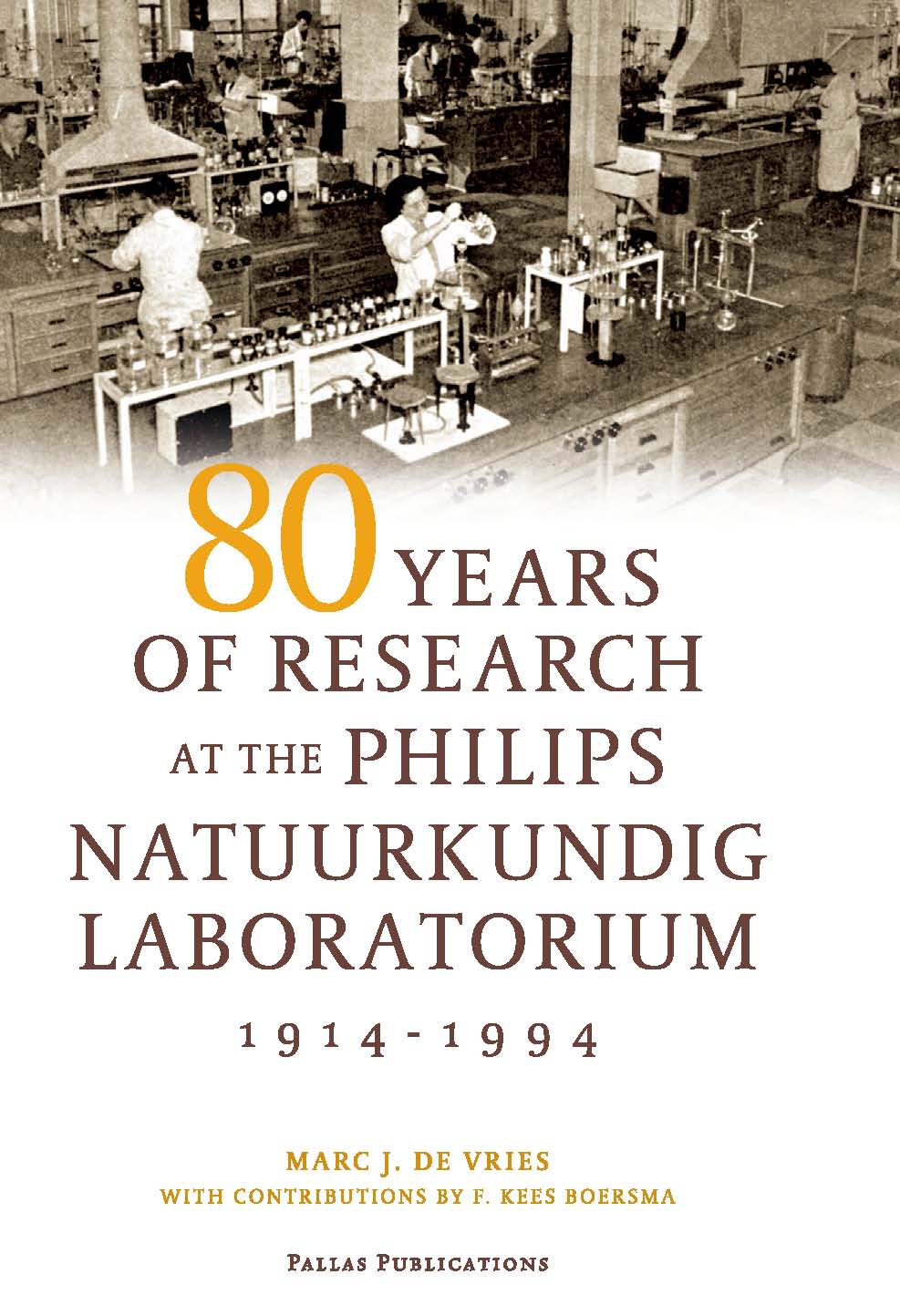 The Role of the Nat. Lab. at Philips

Histories of major industrial research laboratories are an essential contribution to the history of technology. This book offers a description of the way one of such laboratories has changed its ambitions and activities in the course of time. In the 80-year period that is described here, the Philips Natuurkundig Laboratorium has played different roles for the Philips company – today one of the world’s largest electronics company – which was founded in 1891 in the Netherlands. The history of this laboratory is described in three main periods, each characterized by its goals, available means, organizational structures, research culture, and external relations. For each period the general story line is alternated by case study descriptions.

The Philips Natuurkundig Laboratorium was founded in 1914. The term ‘Natuurkundig’ (in English: of physics) indicated that the task of the new laboratory was to conduct research of physics. Initially this research was related to light bulbs. At that time the Philips company, led by the two Philips brothers Anton and Gerard, was primarily a light bulb producing company. Soon the Nat.Lab. (this is the commonly used abbreviation of the full name) became the main source of inventions that would support the company in extending its product portfolio. In the course of time the goal of the lab’s activities shifted in response to changes in its context, both within the Philips company and in a broader national and international context. Today the Philips Natuurkundig laboratorium is part of a worldwide research organization, Philips Research that generates options for new and improved products and processes and produces important patents in those electronics markets in which the company is active. It is still one of the world’s major private research organizations. A key characteristic is the wide range of disciplines that are represented: from electrical engineering and physics to chemistry, mathematics, mechanics, information technology and software.