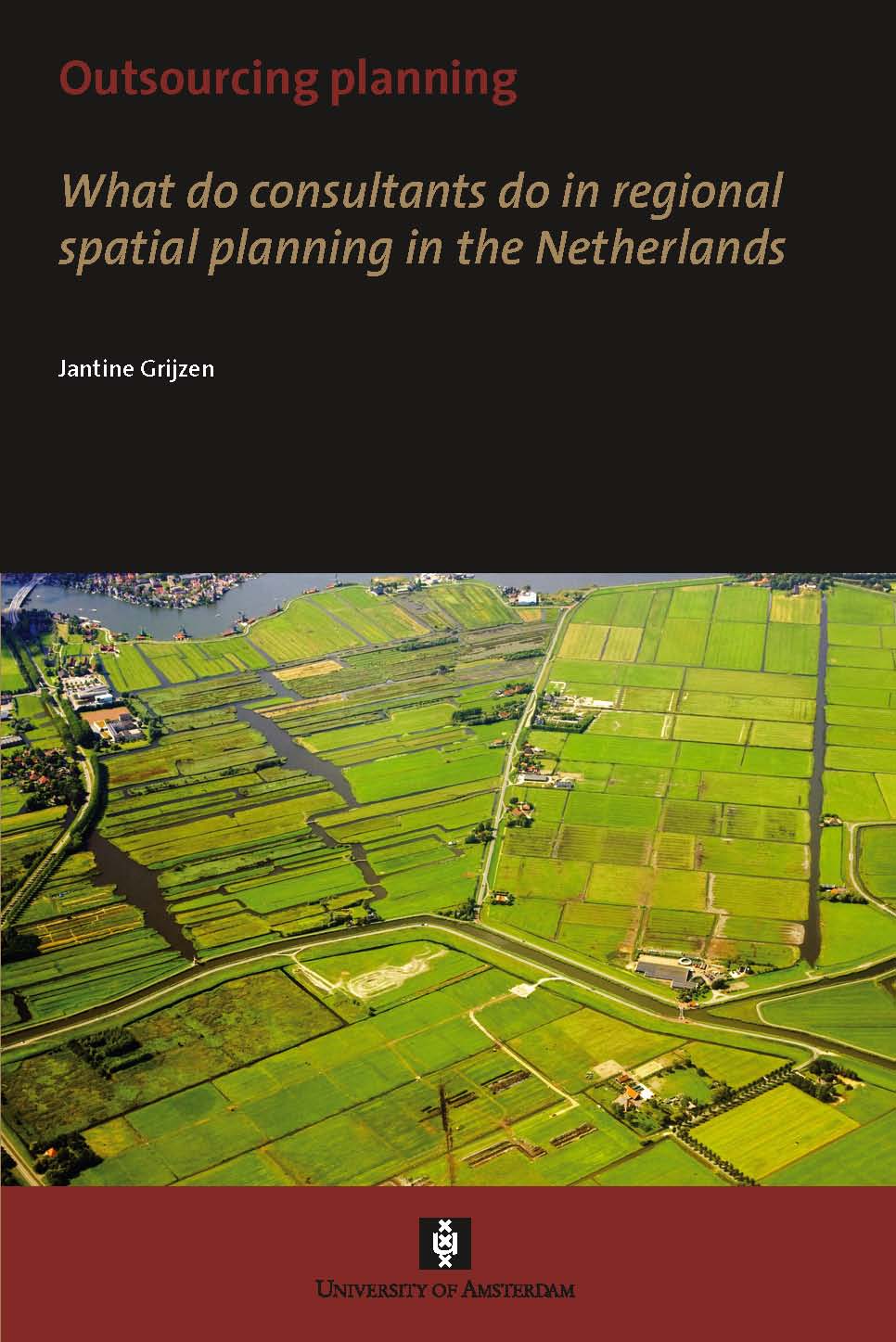 This thesis addresses the wide involvement of consultants in regional spatial planning projects in the Netherlands. Although consultants have become important actors in public policy making, and media and politics have frequently addressed this as a problem, until now the scientific literature has paid little attention to them. This thesis shows that the wide involvement of consultants can best be explained from the perspective of increasing problems of coordination and cooperation in Dutch regional spatial planning.
Planning has become an activity performed by many governments and stakeholders together, with overlapping policies, expertise and procedures. From an external position, consultants can act as intermediaries between interdependent actors, both by mediating between personal relations as well as by connecting substantive issues. Hiring consultants, however, is also a sign of emptying out governments; when governments outsource core tasks like policy articulation and cooperation with other governments, they can loose the capability to develop high quality and democratic plans in a complex and interdependent world

Jantine Grijzen obtained a master degree in Political Science and in European Union Law, both at the University of Amsterdam. She did her PhD research at the Amsterdam School of Social Science Research