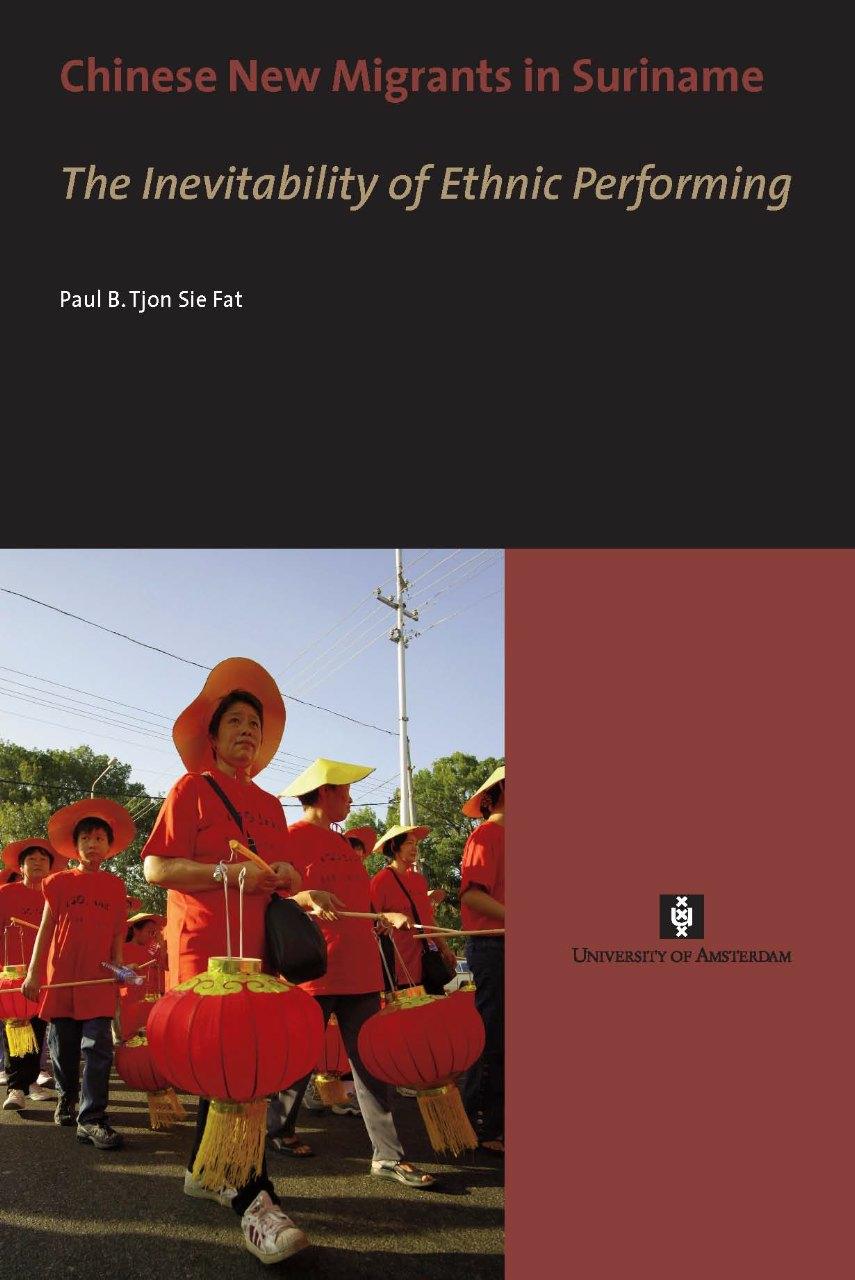 The Inevitability of Ethnic Performing

This book covers various aspects of New Chinese Migration in Suriname in the 1990s and early 2000s. It is an ethnography of New Chinese Migrants in the context of South- South migration, but also a first ethnography of Chinese in Suriname, as well as an analysis of Surinamese ethnic discourse and ethnopolitics. Starting in the 1990s, renewed immigration from China changed the dynamics of the Surinamese Chinese community, which developed from a Hakka enclave to a culturally and linguistically diverse, modern Chinese migrant group. Local positioning strategies of Chinese had always depended on ethnic entrepreneurship and political participation, but were now complicated by anti-immigrant sentiments.

Paul Brendan Tjon Sie Fat (Paramaribo, 1966), studied Sinology at Leiden University. He returned to the Netherlands to commence his PhD research at the University of Amsterdam in 2001, bringing to bear his background in Sinology, linguistics, identity issues and anti-discrimination NGOs on the problems of modern migration and citizenship in Suriname.