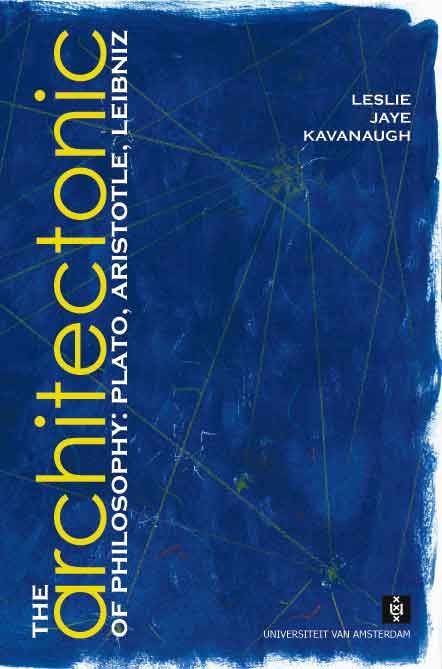 The Architectonic of Philosophy

In the Architectonic of Philosophy Leslie Kavanaugh chose three 'architectonics', philosophical structures, to be examined more extensively. These are Plato's Chora, the continuum of Aristoteles and finally Leibniz's labyrinth.
The concept of the 'architectonic' is borrowed from Kant, albeit with differing intentions. Whereas the history of philosophy defines metaphysics as asking the question 'What is Being?'; here is asked 'Where is Being?' What is to be analysed is indeed part of the tradition of metaphysics to inquire about Being qua being, but here the inquery is into its structure, its position within the onthological whole. In doing this analyses, two points become explicit. One; Onthology has a structure; and two; the status of Being within this structure.