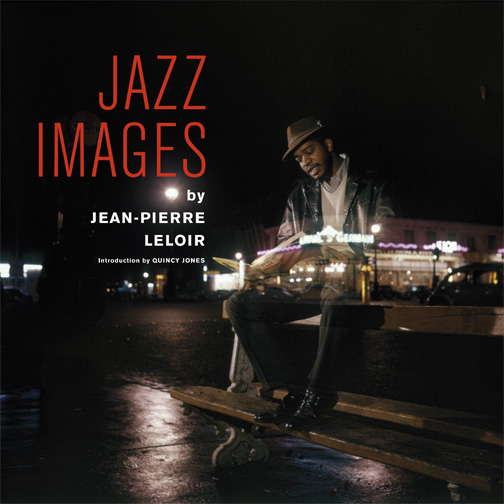 This gook gives ample proof of Leloir’s amazing ability to immortalize performers and to capture candid moments at the airport, backstage, and in the dressing rooms of the most legendary Paris jazz and concert venues: “I loved the people I photographed, so I made myself as available, yet as discreet as possible”, he used to say. “I never wanted to be a paparazzi. I wanted them to forget my presence so I could catch those little unexpected moments.” The selection of photographs showcased here has been carefully selected from Leloir’s immense catalogue. Many of the images have never been previously published before, and can be easily catalogued as “atypical” shots, as the musicians were captured primarily in spontaneous situations, away from the fanfare of the stage.

Jean-Pierre Leloir – Jean Pierre Leloir became a music fan during his early teens and started taking pictures when he was 20. For publications like Jazz Hot, and many other French magazines, he photographed most of the Jazz musicians who visited Paris or made the French capital their home during the 1950s and ‘60s, including Louis Armstrong, Chet Baker, Sidney Bechet, Art Blakey, Donald Byrd, John Coltrane, Miles Davis, Duke Ellington, Ella Fitzgerald, Billie Holiday, Charles Mingus, and Lester Young. Quincy Jones – 79-time Grammy nominated artist, 28 Grammy Award Winner, composer, record producer, artist, film producer, arranger, conductor, instrumentalist, TV producer, record company executive, magazine founder, multi-media entrepreneur and humanitarian. His career spans over 60 years. His collaborations with Frank Sinatra and Michael Jackson stand up as absolute classics until today. Geraldo Canellas is a photographer, entrepreneur, and jazz record collector. He also collects jazz-related paintings and jazz photography books. In 2002 he created the Jazz Voyeur project, an itinerant exposition of his photogs that ended up with the release of a book and a couple of CD’s. In 2004 he launched the Jazz Voyeur Festival in Palma de Mallorca. He runs two jazz clubs, one in Palma de Mallorca, and the other one in Buenos Aires.