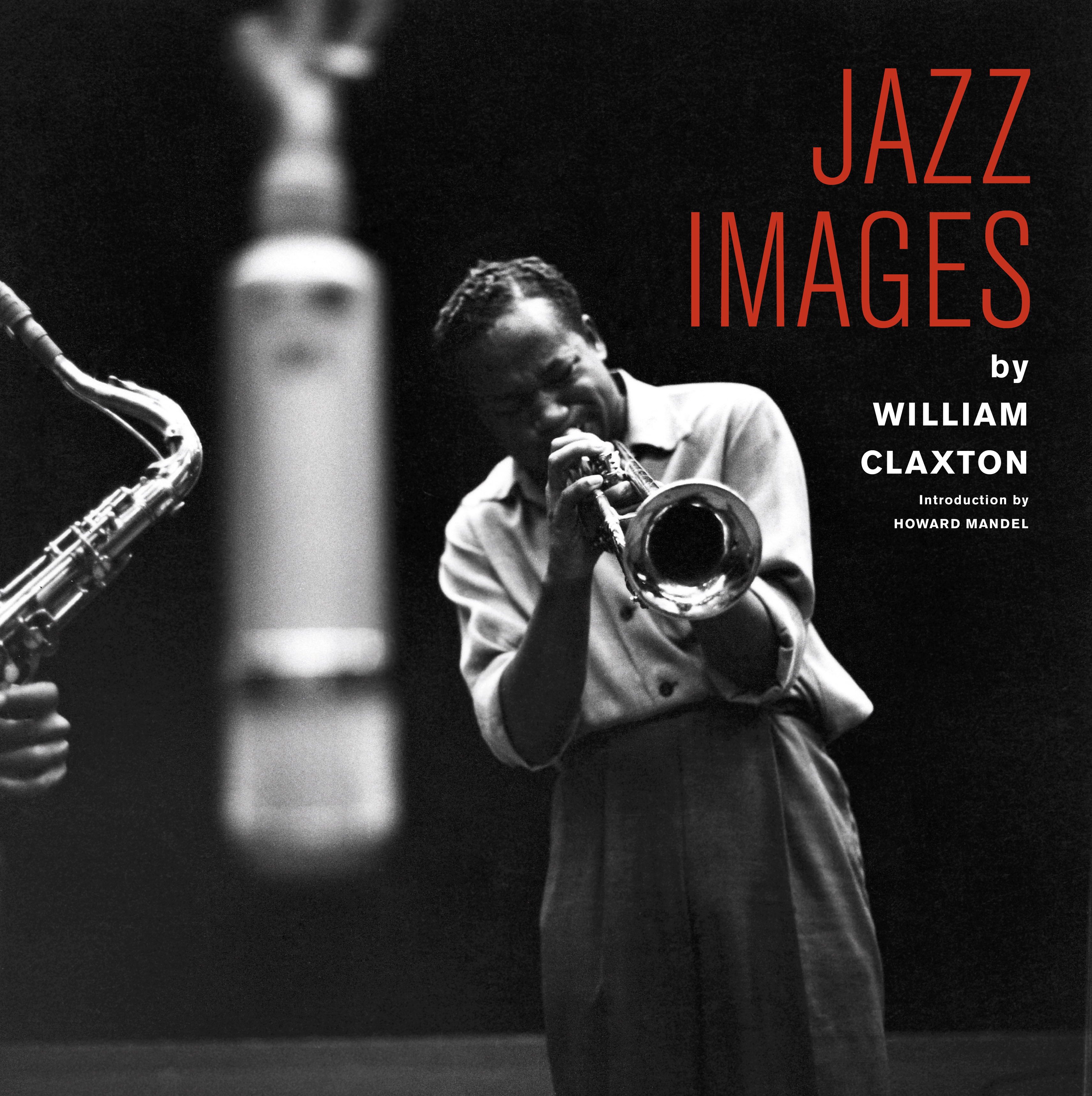 This book presents a selection of more than 150 superb Color & B&W images. Where previous jazz photographers captured their subjects in the dark, smoky environs of nightclubs, Claxton capitalized on the sun and surf of southern California, posing artists in unorthodox outdoor settings to represent a new era in the music’s continued evolution. His work on Chet Baker remains an absolute classic, established Baker as an icon. “Claxton’s innovative choices and airy style, which he called ‘jazz for the eyes’, worked sublimely to document and promote the rise of trumpeter and singer Chet Baker, especially.” Howard Mandel

William Claxton. He was the product of a musical household –his mother was a semi-professional singer and his father avidly collected big band records, William Claxton rapidly became an habitué of local jazz venues. 1952, while shooting Gerry Mulligan and Chet Baker at the Haig Club, he met Richard Bock, founder of Pacific Jazz, who quickly hired him as art director and house photographer, establishing the visual identity of the West Coast Jazz movement, from which he became the landmark photographer. Howard Mandel “I'm a New York-based writer, editor, author, and producer for National Public Radio. For more than 30 years, I've covered jazz, blues and new and unusual musics for newspapers, magazines and websites. I teach at New York University and elsewhere and consult for various arts organizations. I'm president of the Jazz Journalists Association. Iblog at ArtsJournal.com.” Jordi Soley is a jazz distributor, producer, and collector. He opened his first jazz record store, Jazz Collectors, in 1980. Since then, all of his business activities have been related to the world of jazz records. He started collecting LPs at the age of 13, and his collection now contains over 50.000 albums, making it one of the largest jazz record collections in Europe, as recently noted in the Japanese magazine, Jazz Perspective.