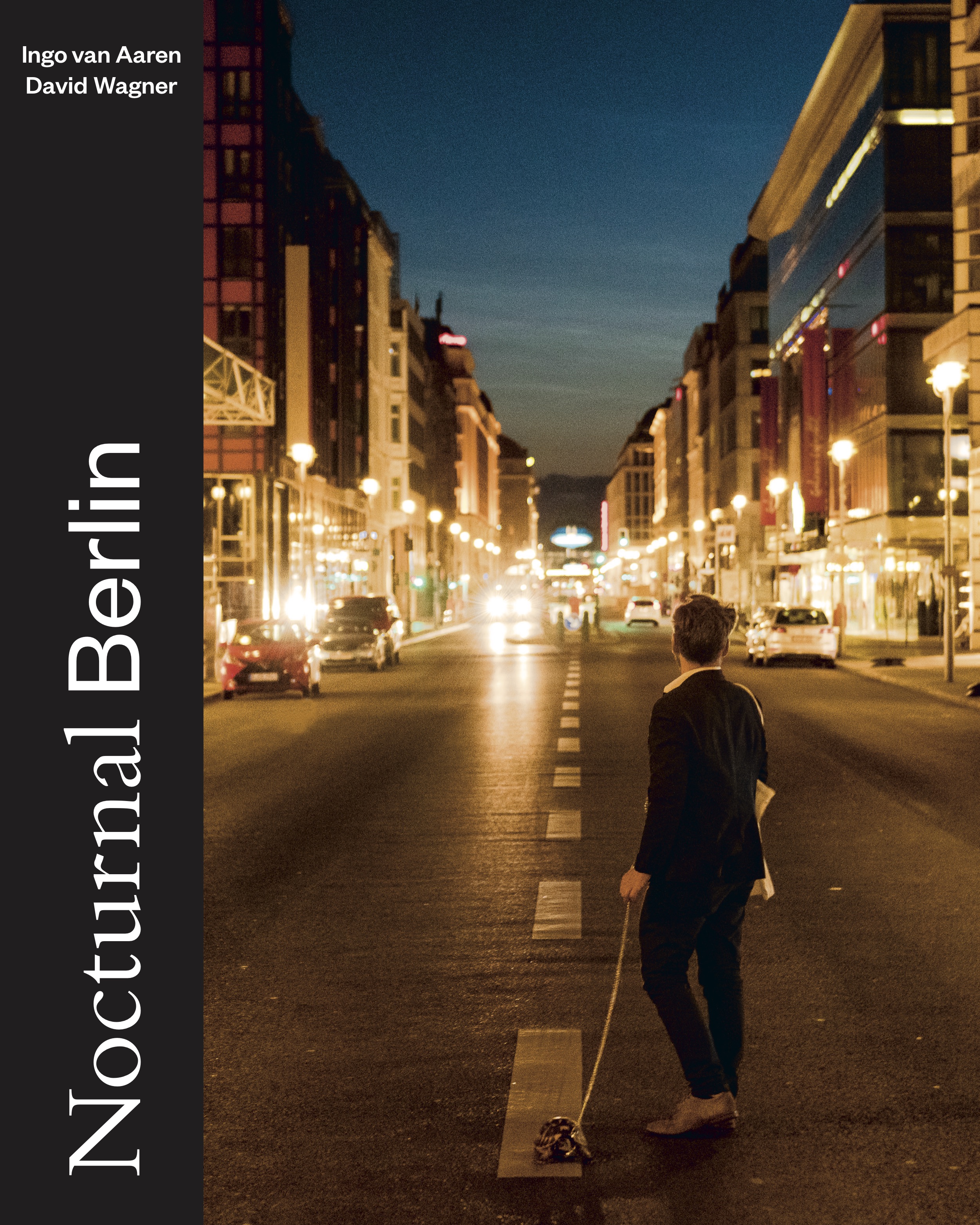 Roaming the City with a Turtle.

Trailing his pet turtle, a writer stumbles out into nighttime Berlin. The photographer Ingo van Aaren (b. 1973; lives and works in Berlin) shadows the unequal pair on their rambles, capturing them in front of the Brandenburg Gate, on Alexanderplatz, or crossing the river on Oberbaumbrücke. They are invariably alone; the metropolis's sights and scenes lie deserted around them. This is not the Berlin we know but instead a foray into the city's history and present. Van Aaren's photographs are complemented by texts by David Wagner (b.1971; lives and works in Berlin). A poetic colloquy unfolds between the almost all-knowing turtle and the writer in nocturnes about the metamorphosis that Berlin undergoes between half past three and five in the morning that make for interesting companion pieces to the sketches on the city's dayside in Wagner's books Welche Farbe hat Berlin and Mauer Park.The dialogue between Ingo van Aaren's photographs and David Wagner's texts weaves a new form of flânerie through Berlin. With a nod to Walter Benjamin's Arcades Project, they limn a portrait of a city in constant transformation.

The photographer Ingo van Aaren (b. 1973; lives and works in Berlin)