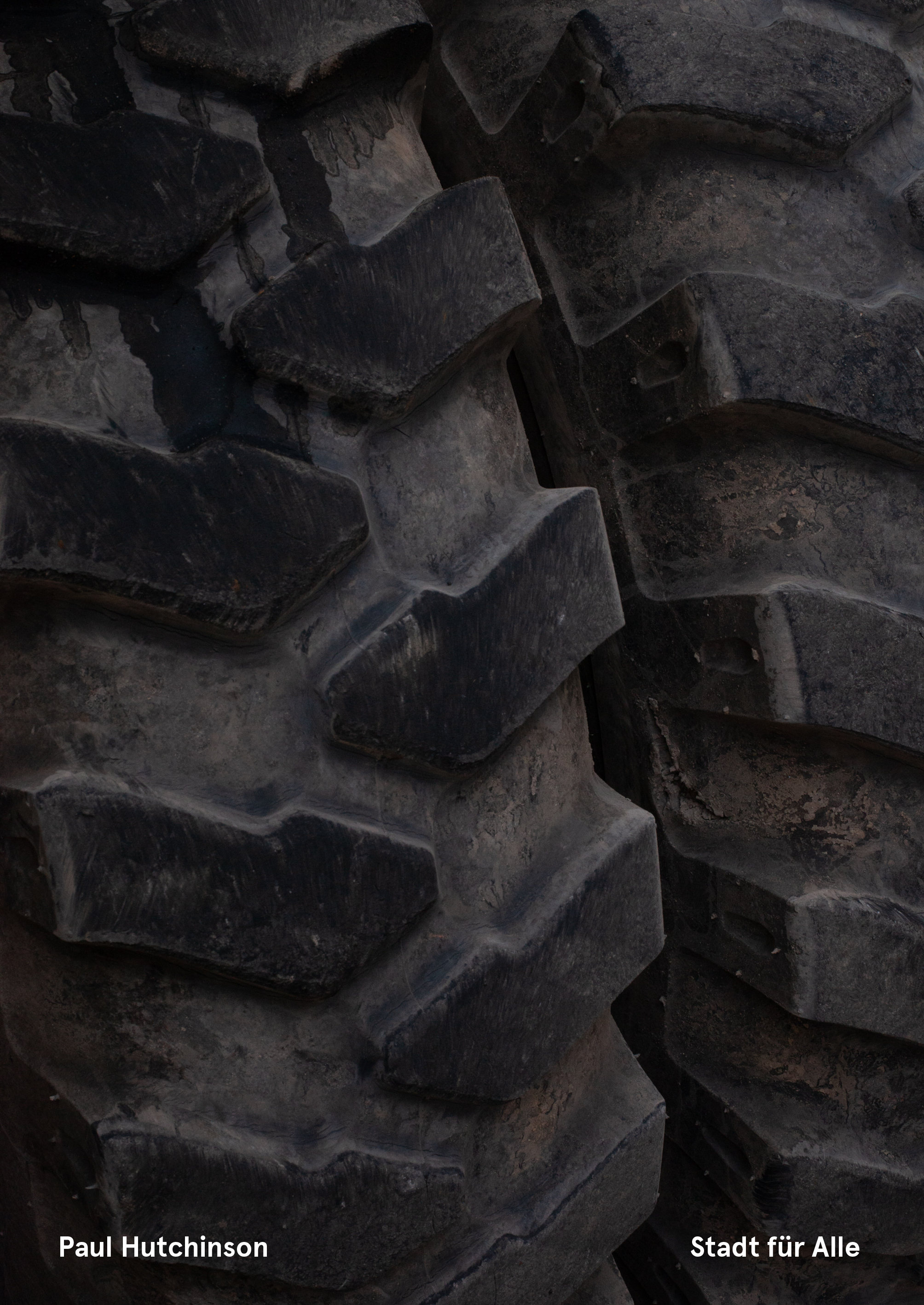 City for All (Stadt für Alle)

How Do We Want to Live in the Future?

Paul Hutchinson's (b. Berlin, 1987; lives and works in Berlin) work conveys an intimate and unvarnished perspective, rendering the imperfections, incidental details, and human facets of urban culture. Fleeting moments and encounters often act as a base for his critical photographic practice.

The central protagonists in his most recent project, titled Stadt für Alle (transl. City for All), are countless cranes, excavators, and construction signs. They are the tools that power the remaking of any city's urban fabric – here Berlin mostly sets the example. Building pits constitute the foundation for farewells and new beginnings. Advertising banners for luxury developments vie against protest placards hanging limply on the façades of older buildings. The artist has compiled a pictorial atlas that prompts reflections on the transformation of the city and thereby gives form to the advancing gentrification, the constant feeling of threat and the increasing loss of inner-city street culture. Hutchinson's writing complements the deft visual analysis of these processes: “The way you look at me, smiling while I'm losing my vision” is one such observation that, in conjunction with his images, opens up a space for interpretation and a probing inquiry into what urban life will mean in the future.