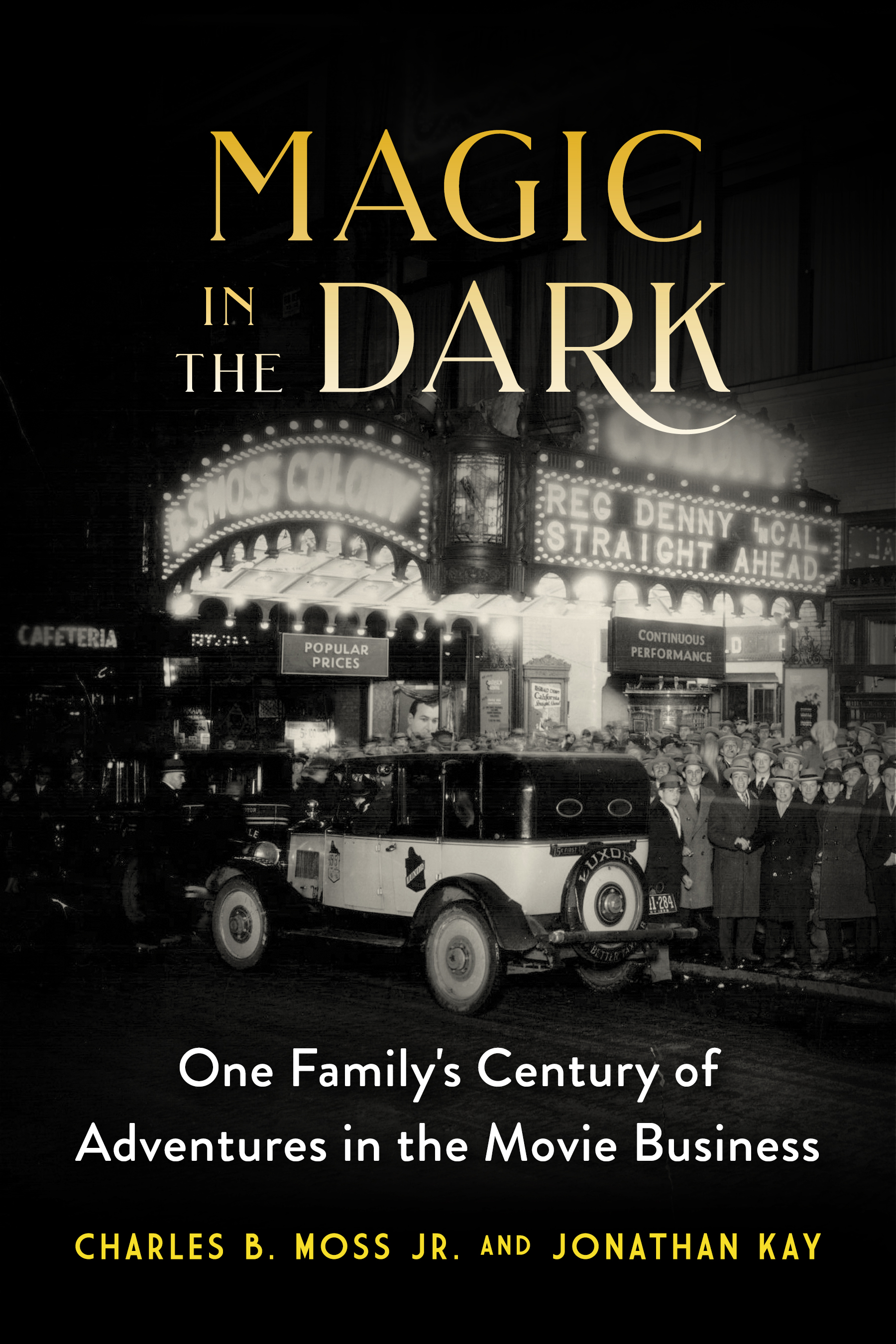 Magic in the Dark

One Family's Century of Adventures in the Movie Business

Early in the twentieth-century, B. S. Moss was one of many ambitious Jewish immigrants to leap from New York's textile business to the more promising and exciting world of motion pictures. Unlike most, Moss resisted the siren call of Hollywood and instead built one of the largest and most prestigious theater chains in the New York area. Inspired by his vision, successive generations of Moss management have kept his chain thriving, even as audiences migrated from vaudeville emporiums to sumptuous Art Deco palaces to suburban multiplexes.

It was never easy: every movie was a gamble, and the business was constantly challenged by world wars, depressions, urban blight, union battles, real estate values, and the threats of radio, television, and streaming services. Yet the Mosses emerge as a rare multigenerational family success story. Now, Charles B. Moss Jr. and Jonathan Kay explored every inch of the family archives in their iconic Times Square headquarters to chart a century of ups, downs, and fascinating adventures in the tumultuous cinema industry

JONATHAN KAY is Canadian editor of Quillette and a host of the Quillette and Wrongspeak podcasts. His previous books include Among The Truthers and Legacy: How French Canadians Shaped North America.

A principal of the oldest motion picture theater company in the US, CHARLES B. MOSS JR. lives in New York with his wife Ann, an art consultant. They are participants in both the New York Film Festival and the Toronto International Film Festival. Charley’s favorite movie is All That Jazz and Ann’s is Breakfast at Tiffany’s.