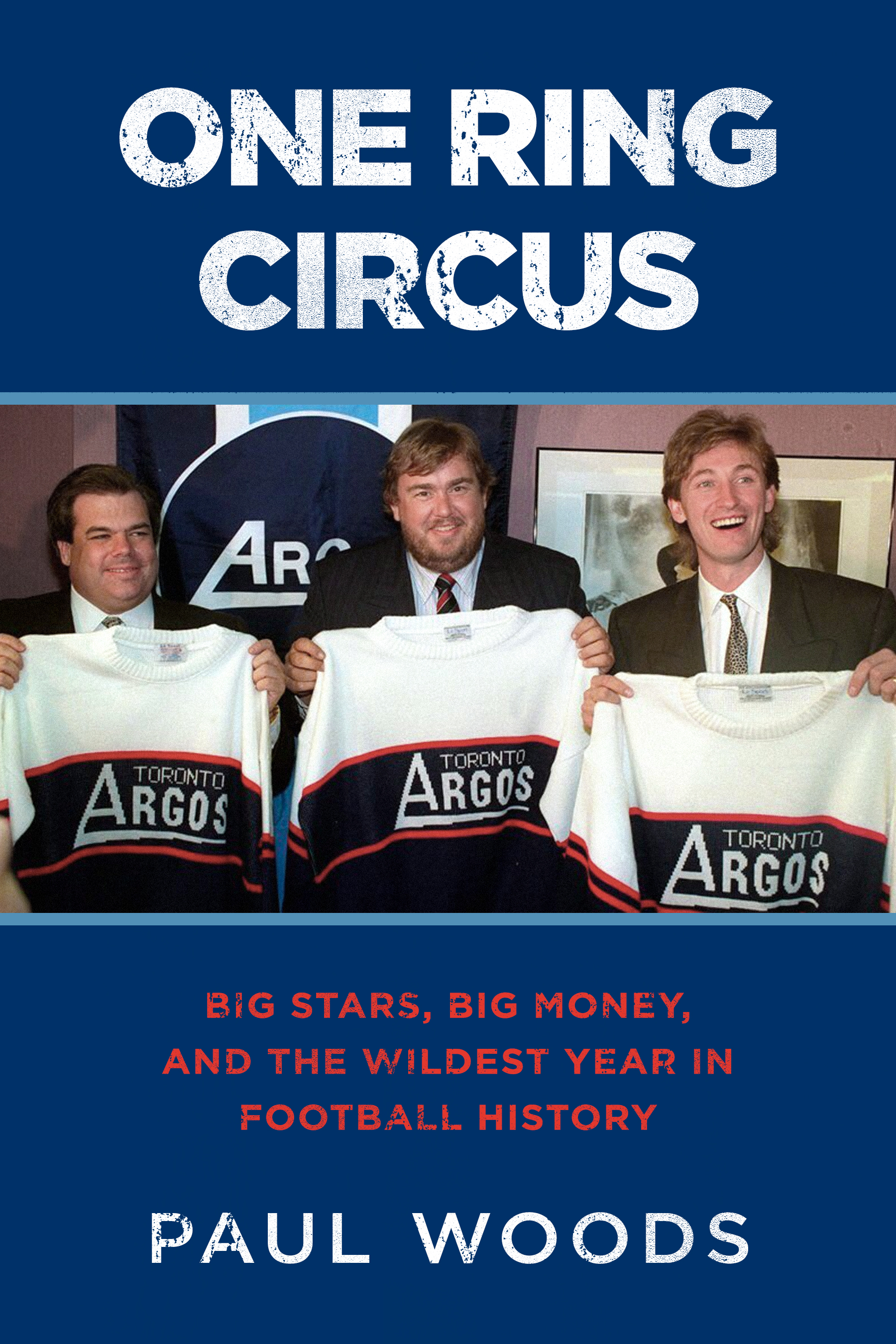 The century-old Toronto Argonauts, like the rest of The Canadian Football League, seemed to be in shambles in 1991. Suddenly everything changed. The Argos were acquired by an unlikely trio: the greatest hockey player of all time, Wayne Gretzky; a universally beloved comic genius, John Candy; and an upstart sports magnate, Bruce McNall, whose apparent Midas touch masked dark secrets. They audaciously swiped from the NFL the most-hyped college athlete in years, Rocket Ismail, by signing him to the richest football contract ever, and set their sights on a league championship. The Blues Brothers—Dan Ackroyd and John Belushi—were flown in from Europe to perform with Candy at the Rocket's first game and the season only got crazier from there.

One Ring Circus is the untold saga of one of the greatest gambles in sports history, and one of the most unforgettable seasons on any gridiron, brought to life by a veteran sportswriter who combines meticulous research with the perspective and passion of a lifelong fan.

Paul Wood is a journalist, Canadian football historian, and author of Bouncing Back: From National Joke to Grey Cup Champs.