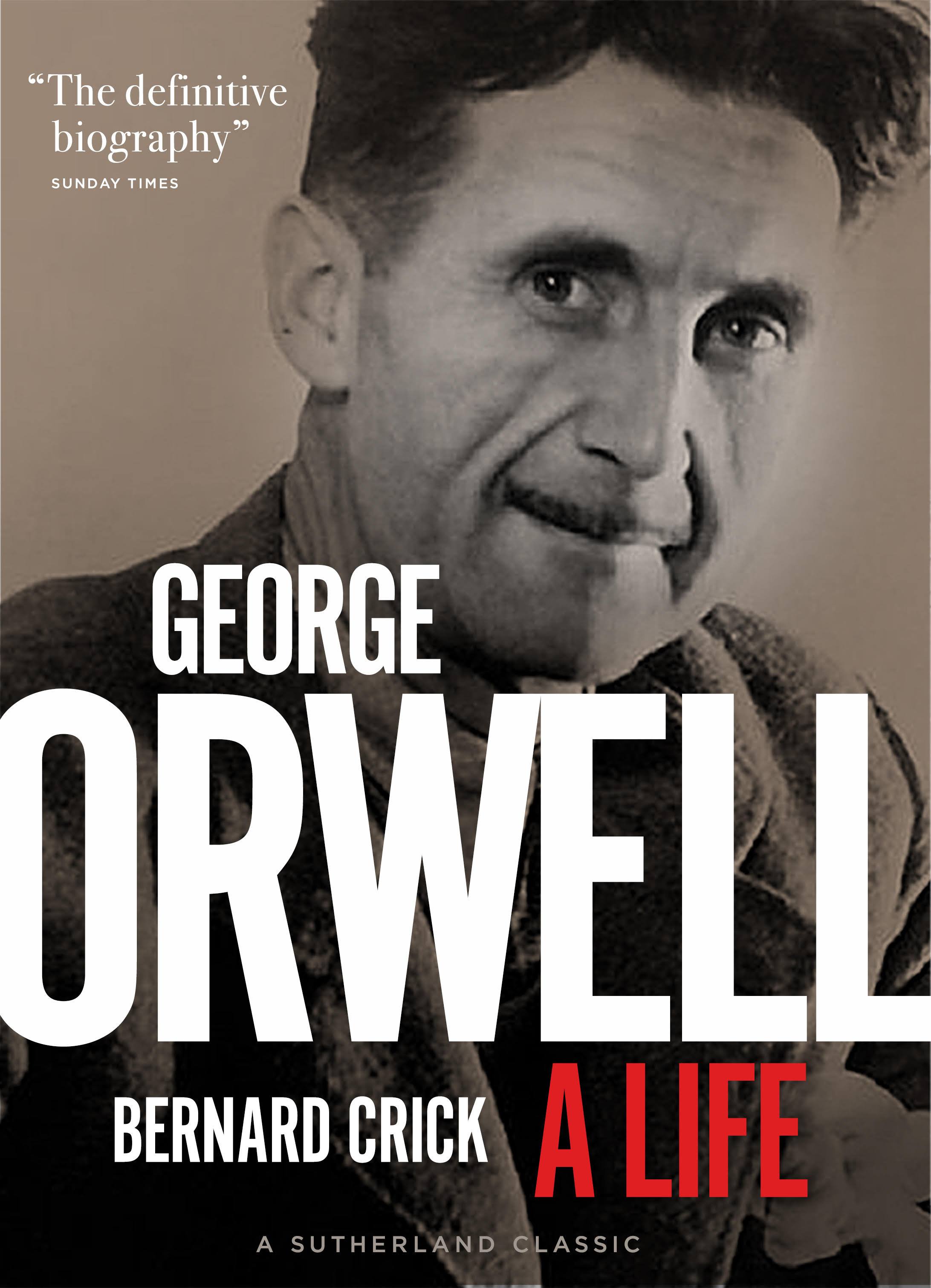 A sublime essayist and author of the masterful political novels 1984 and Animal Farm, George Orwell is at least as relevant in the age of Trump and Brexit as he was in his own short lifetime (1903-1950). Both of his classic novels have been hot sellers over the past two years and his name is conjured daily on newscasts and opinion pages as pundits try to make sense of the strange political moment in which we live.

In keeping with that moment, The Sutherland House brings back to print the definitive biography, George Orwell: A Life, by political scholar Sir Bernard Crick. Originally published in 1982, Crick's Orwell was the first biography of its subject written with the cooperation of his widow. It was immediately lauded for its wealth of detail and shrewd analysis of Orwell's life, literature, and politics. "Not only was it a pioneering biography," said the editor of The Cambridge Companion to George Orwell, "but it remains the best one there is."

Bernard Crick was a political writer and emeritus professor of politics and fellow of Birkbeck College, London. His books include In Defence of Politics and Citizens: Towards a Citizenship Culture. He was joint editor of the Political Quarterly, a theater correspondent for the Times Higher Education Supplement, and a government advisor on issues of language and citizenship education. In addition, Crick was a broadcaster and journalist who reported on his political travels in Northern Ireland, South Africa, and the Middle East. He was knighted in January 2002, for "services to citizenship in schools and to political studies."