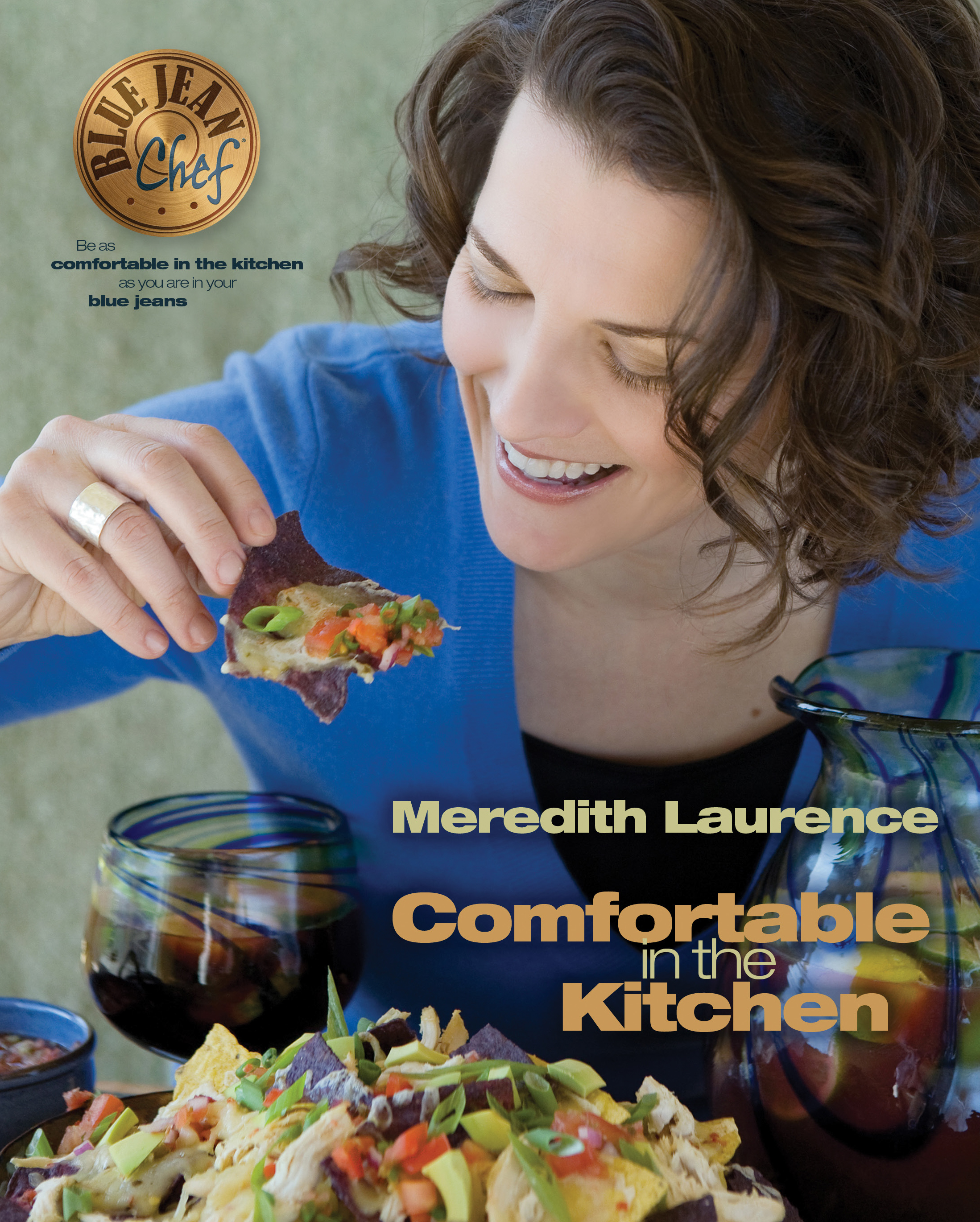 Comfortable in the Kitchen

Are you as comfortable in the kitchen as you are in your blue jeans? Would you like to be?

Comfortable in the Kitchen, Meredith Laurence, the Blue Jean Chef, helps you settle into your comfort zone in the kitchen with tips, tricks, explanations of cooking techniques, and over 200 recipes. Meredith shares her knowledge acquired from years working in cooking schools, test kitchens and restaurants in France, Canada and the USA. Her delicious, easy-to-follow recipes, interesting tips and informative explanations will help make any cook more comfortable in the kitchen and inspire new meals.

Comfortable in the Kitchen is designed to teach basic techniques and then strengthen skills, each chapter contains basic recipes that will give you a solid understanding of how the dish works, and four other recipes that build on that technique, but use different ingredients to create a unique and delicious meal. Once you've mastered the basic recipe and practiced the variations, you'll be comfortable enough with the dish to improvise and make it your own! For example, start with the magically simple Basic Roast Chicken. Next, spice things up with Jerk Spiced Roast Chicken, Chipotle Orange Roast Chicken, Summer Ale Chicken with Caramelized Onions, and Five-Spice Roast Chicken.

With chapters on Soups and Salads, Sandwiches and Snacks, Meat and Poultry, Fish and Seafood, Vegetables, Breakfast, and Desserts and Treats, Meredith will help you cover all your bases.

We spend a lot of time in the kitchen. You might as well get comfortable!