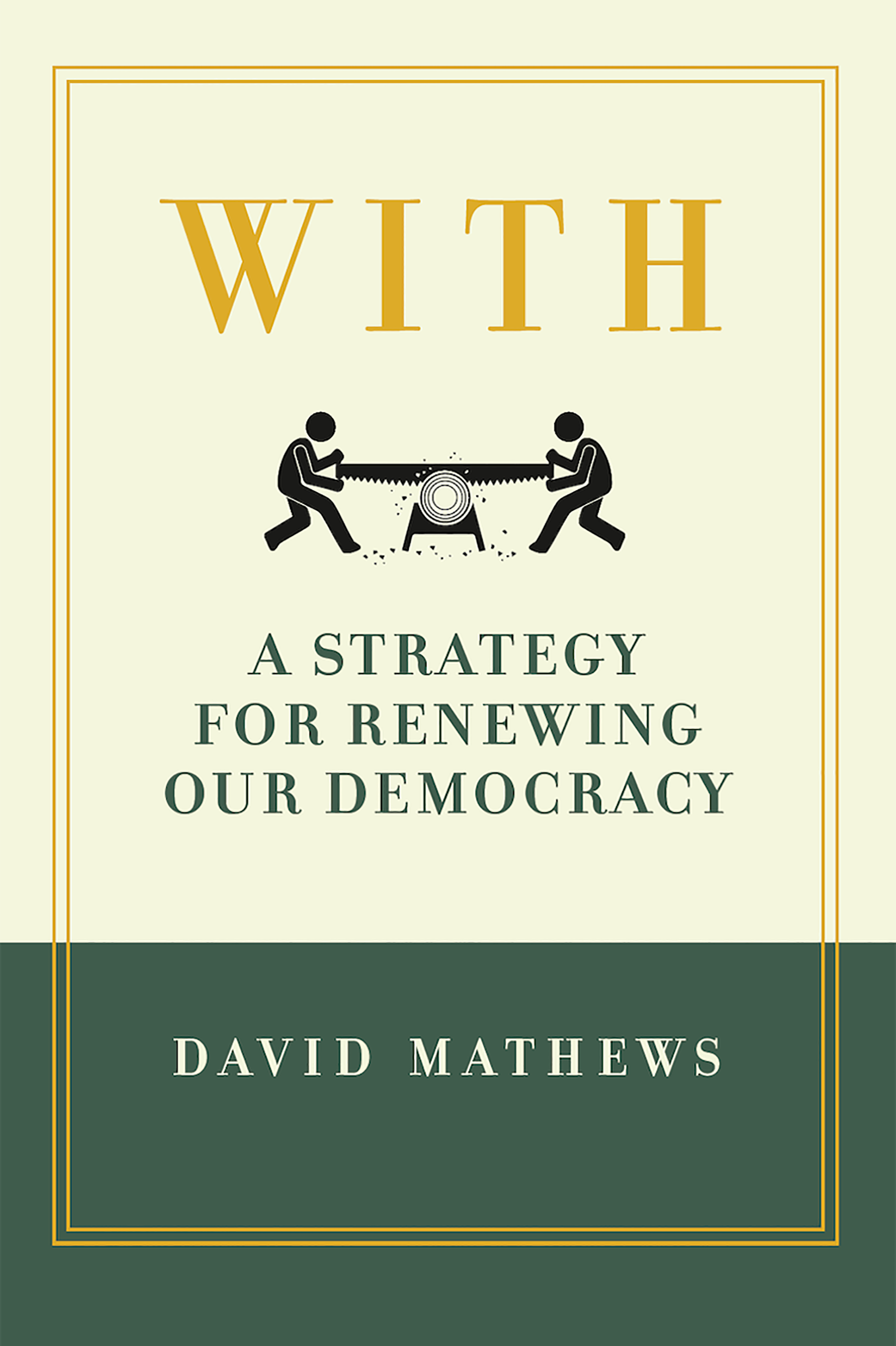 With: A Strategy for Renewing Our Democracy

Maybe we ought to add another word to of, by, and for. Could we try governing more with the people, seeing them not just as voters and volunteers in good causes but also as citizens who are producers of much that makes life better for everyone? Producers generate their own power to make a difference when they act in collaboration with institutions and their professionals. And elected officials might begin to build a less contentious relationship with constituents if people were to see themselves as coproducers in governing the country.

David Mathews takes readers inside the government and other institutions to see where such collaboration has been possible and where barriers have stood in the way.

In the United States, we certainly aren't all alike, and we may not even like one another. Yet to have the future we want, we need one another. With is about recognizing the abilities and resources we already possess to act on that insight.

David Mathews served as president of the Kettering Foundation from 1981 to 2022. He is now president emeritus. He was Secretary of Health, Education, and Welfare in the Ford administration and taught history at the University of Alabama, where he was president from 1969 to 1980. Mathews has written extensively on Southern history, public policy, community problem solving, education, and international relations. His books include Politics for People: Finding a Responsible Public Voice; The Ecology of Democracy: Finding Ways to Have a Stronger Hand in Shaping Our Future; With the People: An Introduction to an Idea; Together: Building Better, Stronger Communities; and With: A Strategy for Renewing Our Democracy.