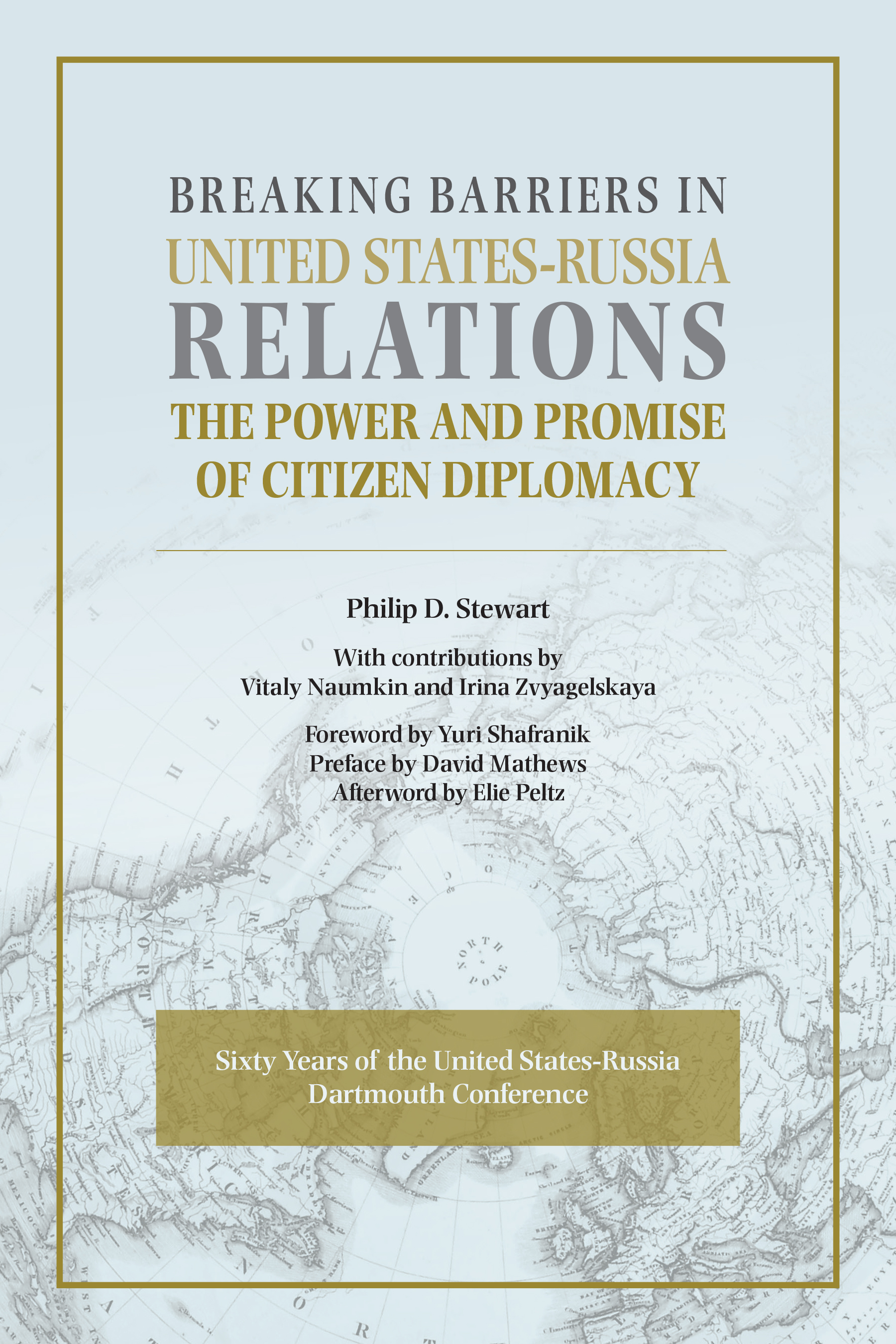 Irina Zvyagelskaya is head of the Center for Middle East Studies at the Institute of World Economy and International Relations, Russian Academy of Sciences. She is also a chief research associate at the Institute of Oriental Studies and a professor at the Moscow State Institute of International Relations under the Russian Foreign Ministry (MGIMO). Zvyagelskaya’s areas of expertise include con- temporary history, conflicts, international relations, and security issues in the Middle East and Central Asia. Zvyagelskaya is a member of the International Institute for Strategic Studies. She has authored over 250 publications, including books, chapters, and articles. Elie Peltz is a JD candidate at Columbia Law School. Following undergraduate studies at the University of Pennsylvania, he spent two years in the Kettering Foundation’s Washington, DC, office. In that capacity, he had the privilege of working under the mentorship of Harold Saunders and supporting the programming of the Dartmouth Conference. From 2016-2018, Peltz served as an aide to US Congressperson Jerrold Nadler, contributing to both Nadler’s foreign policy portfolio and local community engagement efforts. Vitaly Naumkin is president of the Institute of Oriental Studies and chair of the Moscow State University. He has been a visiting professor at the American University in Cairo and the University of California, Berkeley; served as Ambassador of Good Will for the UN Alliance of Civilizations and senior political advisor to the UN Special Envoy for Syria; and cochaired the Dartmouth dialogue, its Regional Task Force, the US-Russia Inter-Tajik dialogue, and the Nagorno-Karabakh dialogue. Naumkin is a member of the Scientific Council under the Minister of Foreign Affairs of Russia and received the State Award for his achievements in science. He is the author of more than 500 publications on topics ranging from international conflict management to linguistics. Yuri Shafranik, as Tyumen governor, began his engagement with the United States as early as 1992. After convening the first US-Russian forum among officials, he was one of the initiators and “engines” in the Gore-Chernomydrin Commission. In this role, Shafranik was critical to the design and, ultimately, adoption of the law on production sharing, which made possible highly successful international energy projects such as Sakhalin-1 and Sakhalin-2. From the time Shafranik founded the SNG Group in 2000, it has completed projects ranging from oil and gas exploration and production to provision of oil and gas field services and construction in over 20 countries. Shafranik’s cultural and social work is conducted through his World Politics and Resources Foundation. David Mathews, president and CEO of the Kettering Foundation, was secretary of Health, Education, and Welfare in the Ford administration and, before that, president of the University of Alabama. Mathews has written extensively on Southern history, public policy, education, and international problem solving. His books include Politics for People: Finding a Responsible Public Voice, The Ecology of Democracy: Finding Ways to Have a Stronger Hand in Shaping Our Future, and With the People: An Introduction to an Idea. Philip D. Stewart has been director of the US-Russia Dartmouth Conference since 1972 and has participated in 104 of the 148 sessions of the conference. Stewart is a professor emeritus of political science at the Ohio State University where he taught from 1964 to 1990. From 1990 to the end of 2001, he was General Manager of Kellogg Latvia, serving markets throughout the former Soviet Union. Since 2002, Stewart has been a Senior Associate at the Kettering Foundation. As a professor, Stewart received numerous grants and awards, including a Fulbright-Hays fellowship and a MacArthur Foundation grant.