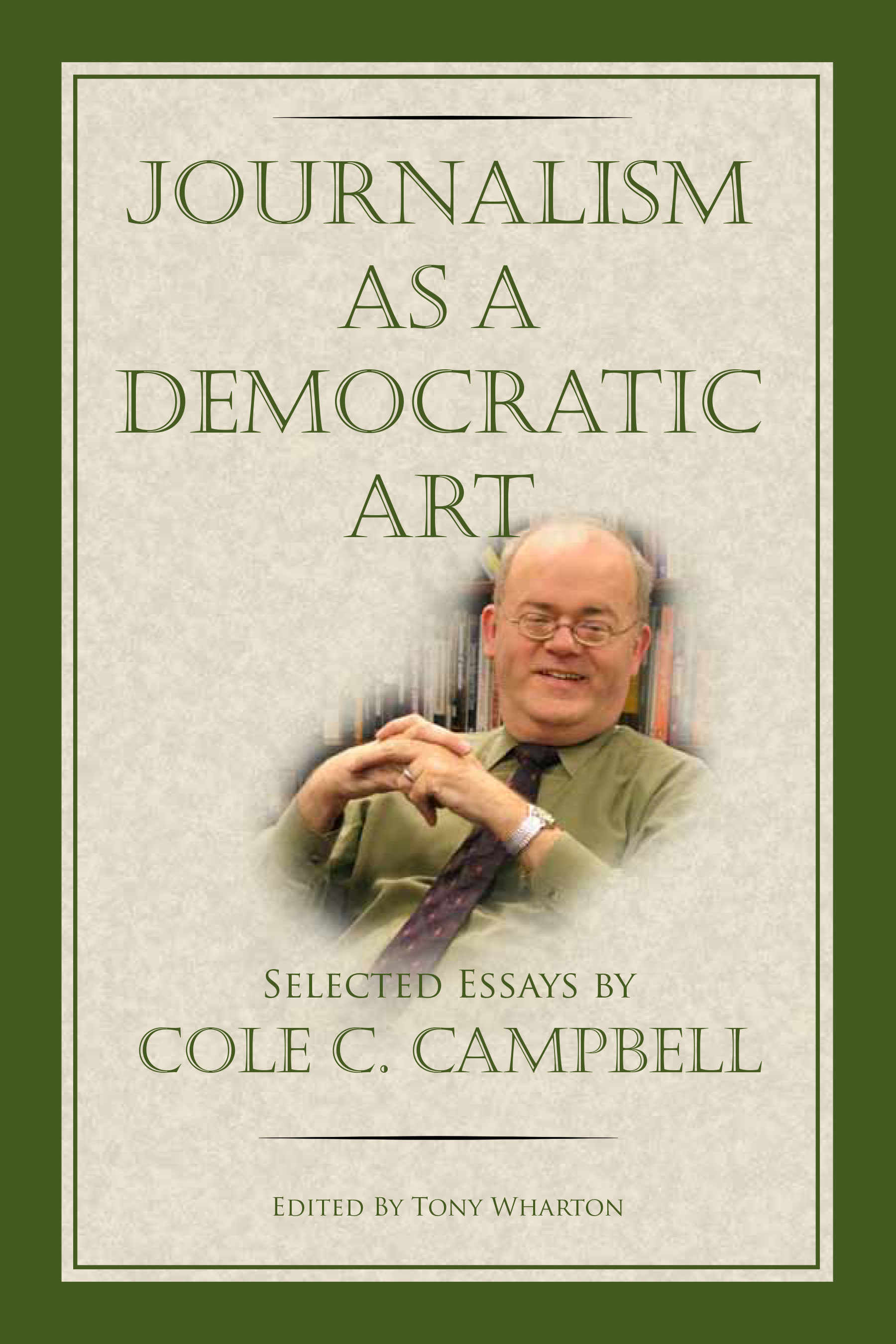 Journalism as a Democratic Art is an edited collection of 16 essays by Cole Campbell (1954–2007), former newspaper editor, dean at the University of Nevada School of Journalism, and a colleague of the Kettering Foundation. These essays reflect Campbell’s effort to rethink some of the underlying assumptions that he believed kept his craft at a distance from citizens. To Campbell, readers were not just consumers of information but citizens facing common problems.

Campbell believed that newsrooms too often sidelined the concerns of citizens by narrowly considering who was a newsmaker and what was newsworthy. In his essay “Journalism as a Democratic Art,” Campbell asks, “What if we reoriented our journalism away from the sources of news and toward the recipients of news?” He was concerned that market journalism, oriented to appeal to consumers rather than citizens, focused too much on transmitting knowledge from experts to a helpless citizenry. This model deeply conflicted with one of the main premises of Cole’s work: “In a democracy, citizens are experts in their own lives and in their common aspirations,” and journalism should help promote those aspirations.

Included in this book is a partly completed “Dictionary for Journalists.” In it he addresses the tendency of journalists to adopt overly technical language from their sources, and other problematic frames, sidelining the ways citizens discuss problems and their aspirations in the process. In all, Campbell’s writings are a good example of the disconnect Kettering often highlights between citizens, communities, and professions. For other professionals, Campbell’s essays offer many transportable questions to carefully tease out where and why misalignments occur.

In addition to Campbell’s essays, the volume includes a foreword by Richard C. Harwood, and remembrances of Campbell by Catherine L. Werner, Tony Wharton, and Kettering Foundation president David Mathews.