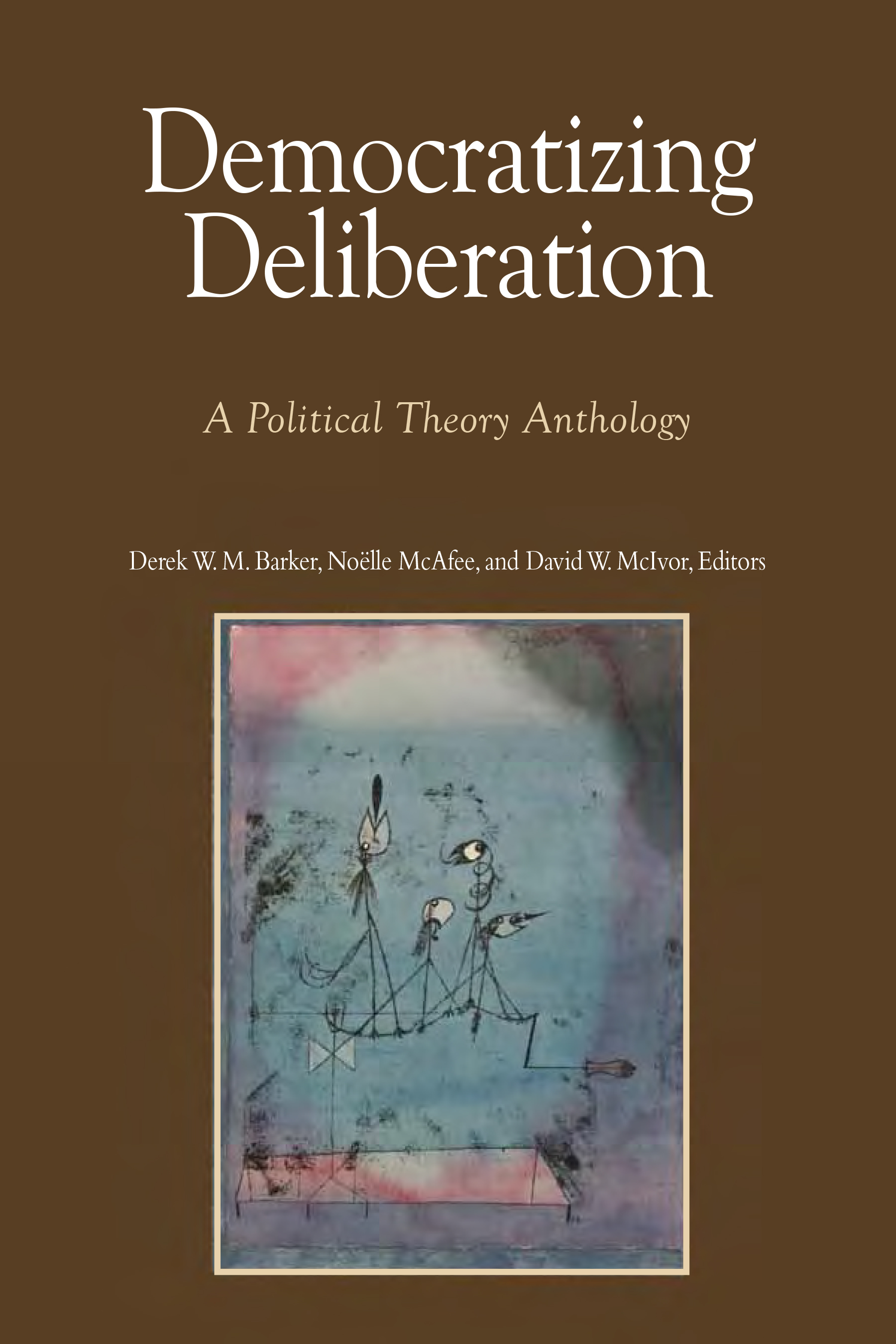 Democratizing Deliberation includes a foreword by David Mathews, president of the Kettering Foundation, and the following essays:

Derek W.M. Barker is a political theorist and a program officer at the Kettering Foundation, a nonprofit research organization that studies efforts to strengthen democracy. He is the author of the book Tragedy and Citizenship and has published articles in Polis, Kettering Review, and Journal of Higher Education Outreach and Engagement.

Noelle McAfee is an associate professor of philosophy at Emory University, the editor of the Kettering Review, and cochair of the Public Philosophy Network. Her work is at the intersection of subjectivity and public life, drawing widely on various traditions in philosophy and from experiments in self-government around the world. Her most recent book is Democracy and the Political Unconscious (Columbia, 2008). She is currently writing a book on the democratic imaginary.

David W.. McIvor is a research associate at the Kettering Foundation. He received his PhD in political science from Duke University. In addition to his interests in deliberative democracy, he has research interests in collective memory and public rituals of commemoration. He has published recently in the journal Polity.