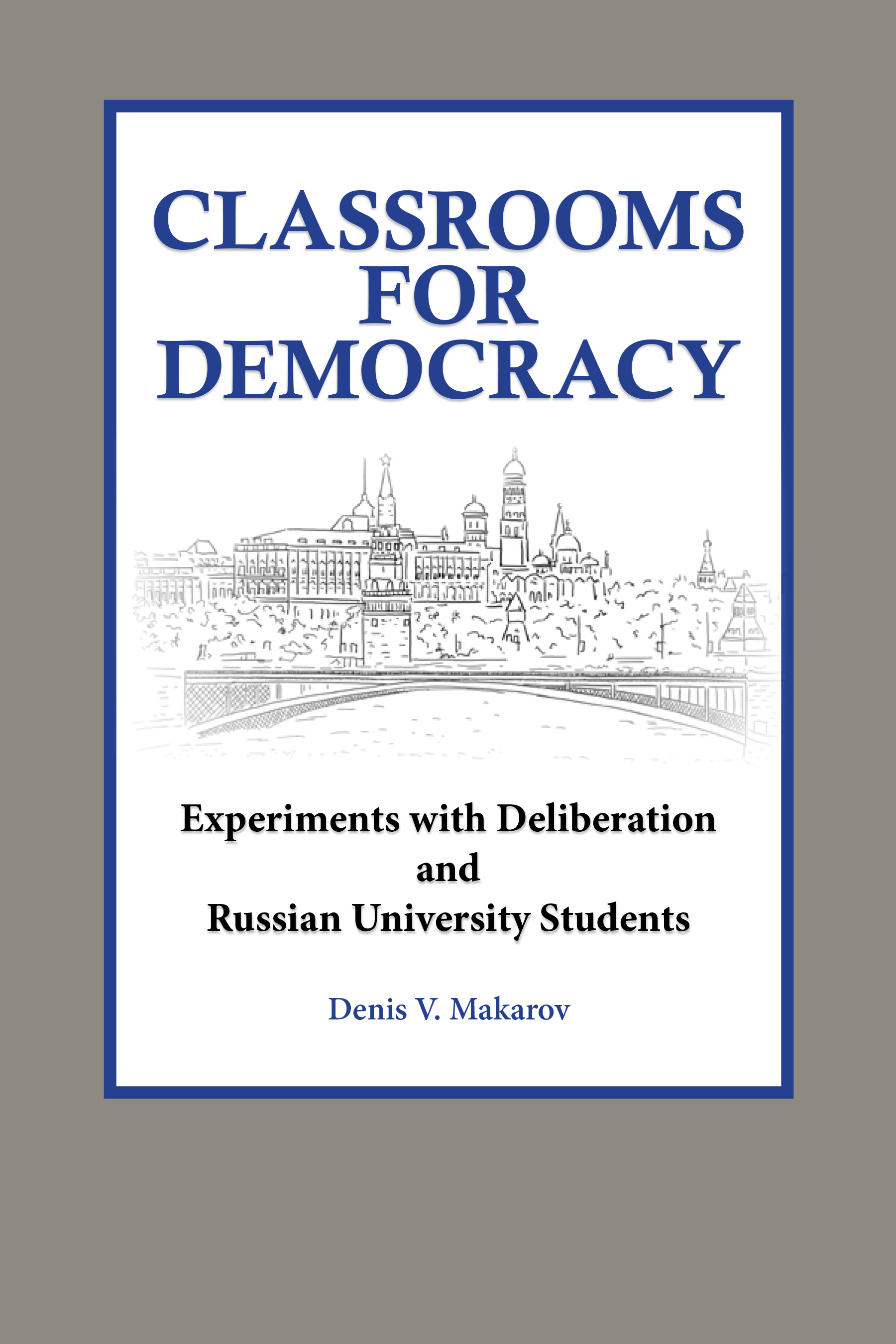 Classrooms for Democracy, by Denis V. Makarov, documents a project, carried out by the Foundation for Development of Civic Culture, in collaboration with the Department of Political Science and Sociology, Moscow State Pedagogical University, that undertook comprehensive research on how deliberative, politically oriented communication in college courses, along with other helpful educational methods and tools, could improve the way in which institutions of higher education in Russia carry out responsible civic and democratic missions.

This book details the project's five stages, carried out over five academic years. The first two stages examined Russian universities' and colleges' exposure to the civic and political agendas of their society. The researchers looked for the potential that higher education could offer for the country's democratic development. Stages three and four experimented with different educational practices related to deliberative pedagogy. Five public issues were framed and conducted within the National Issues Forums format. The purpose of these experiments was to understand the impact that a wider presence of deliberative pedagogy might have on Russian education. The goal of the fifth stage was to synthesize and critically analyze outcomes collected during the previous stages of research and to address the current state of the civic attitudes of college students, challenges of introducing public politics, and prospects for the current generation of college students. The book includes a foreword by Juan Pablo Beca.

Since 1996, Denis Makarov has been the head of the Foundation for the Development of Civic Culture, an NGO based in Moscow, which manages programs aimed at developing democratic values, civic involvement, and nongovernmental diplomacy between citizens in the United States and Russia. Makarov has also served as associate professor of political science at the Moscow State Pedagogical University, and academic director of the Library as Community Center Project, a joint program of the Library for Foreign Literature in Russia, the Foundation for the Development of Civic Culture, and the Kettering Foundation.

Makarov holds masters and doctoral degrees in history, social sciences, and political sciences from Moscow State Pedagogical University in Russia. His PhD dissertation analyzed issues surrounding political participation. He was a Fulbright Visiting Scholar at Syracuse University in New York during 2010-11 and at Barry University in Miami, Florida, in 1999. He was an International Fellow at the Charles F. Kettering Foundation, and resides in Ontario, Canada.