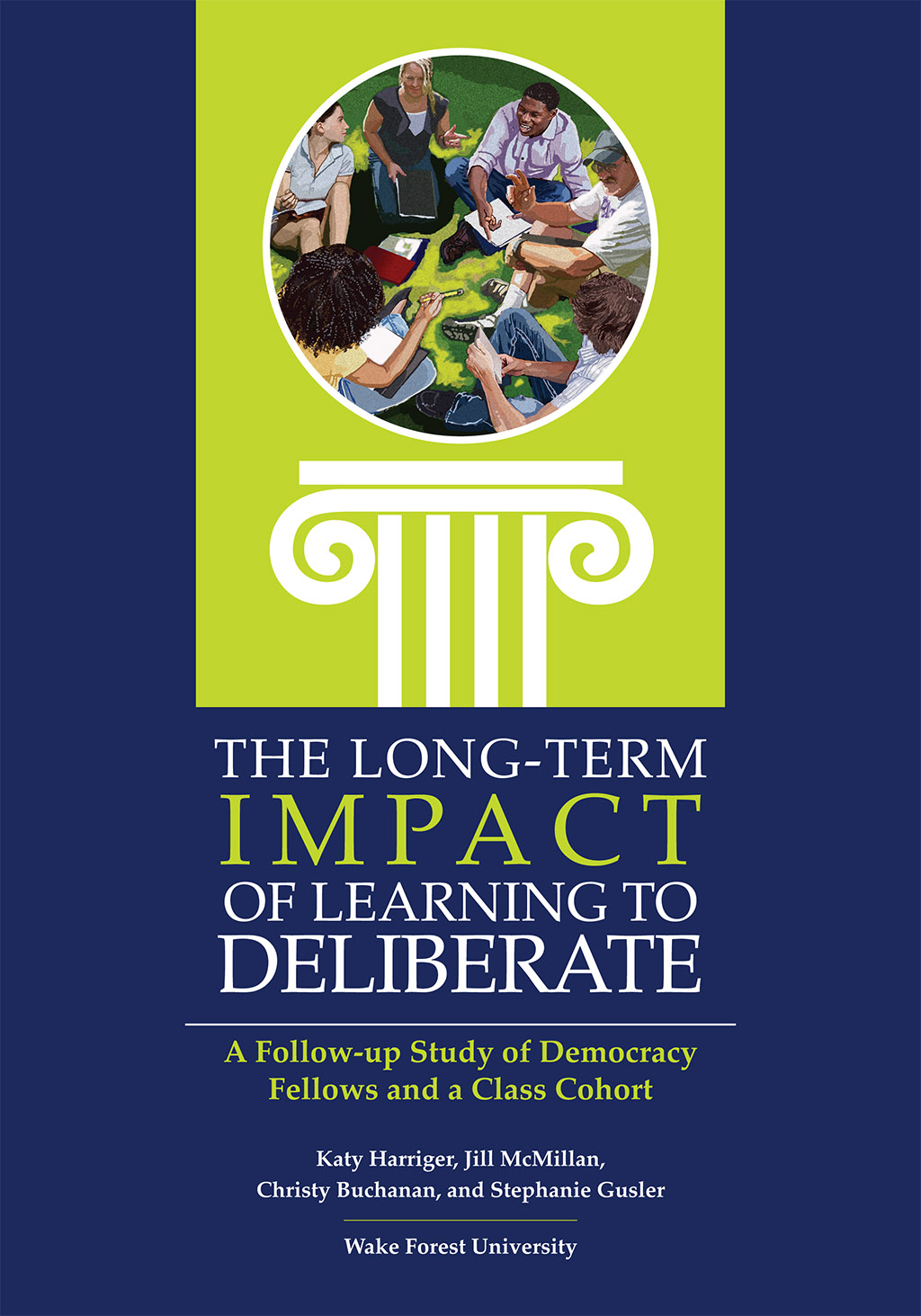 The Long-Term Impact of Learning to Deliberate

This report is a follow-up to Harriger and McMillan's Speaking of Politics: Preparing College Students for Democratic Citizenship through Deliberative Dialogue (Kettering Foundation Press, 2007). That book described a four-year study at Wake Forest University in which students, called Democracy Fellows, were exposed to the process of deliberative dialogue both inside and outside of the classroom.

The authors of this follow-up study bring together research insights from the literature on political socialization, political participation, and deliberative democracy, with a particular focus on whether and how interventions during the college experience might shape subsequent civic engagement. Their work demonstrates the enduring impact of learning to deliberate.

Christy M. Buchanan, who received her Ph.D. at the University of Michigan in 1988, is a professor of psychology and senior associate dean for academic advising at Wake Forest University in Winston-Salem, North Carolina. Her administrative responsibilities include the orientation of new students and academic support for undergraduates.

Katy J. Harriger, who received her Ph.D. from the University of Connecticut in 1987, is professor and chair in the department of politics and international affairs at Wake Forest University in Winston-Salem, North Carolina. Her research and teaching interests focus on the civic engagement of young people, American politics, and constitutional law. In 2007, she co-authored with Jill J. McMillan, Speaking of Politics: Preparing College Students for Democratic Citizenship through Deliberative Dialogue (Kettering Foundation Press).

Jill J. McMillan is professor emerita of communication and research professor at Wake Forest University in Winston-Salem, North Carolina. Her teaching and research have focused on numerous aspects of communication and rhetoric in and around organizations and institutions: corporate identity; the strategies and impact of an organization's public messages; communicative dysfunction among organizational members and groups; organizational democracy and decision making; and pedagogy in higher education. She received her Ph.D. from the University of Texas in 1982.

Stephanie Gusler is a doctoral student in child psychology at the University of Kansas and the director of programming for the university's PAIR (Preschoolers' Adjustment and Intergenerational Risk) Program. She received her master's degree from Wake Forest University in Winston-Salem, North Carolina in 2015.