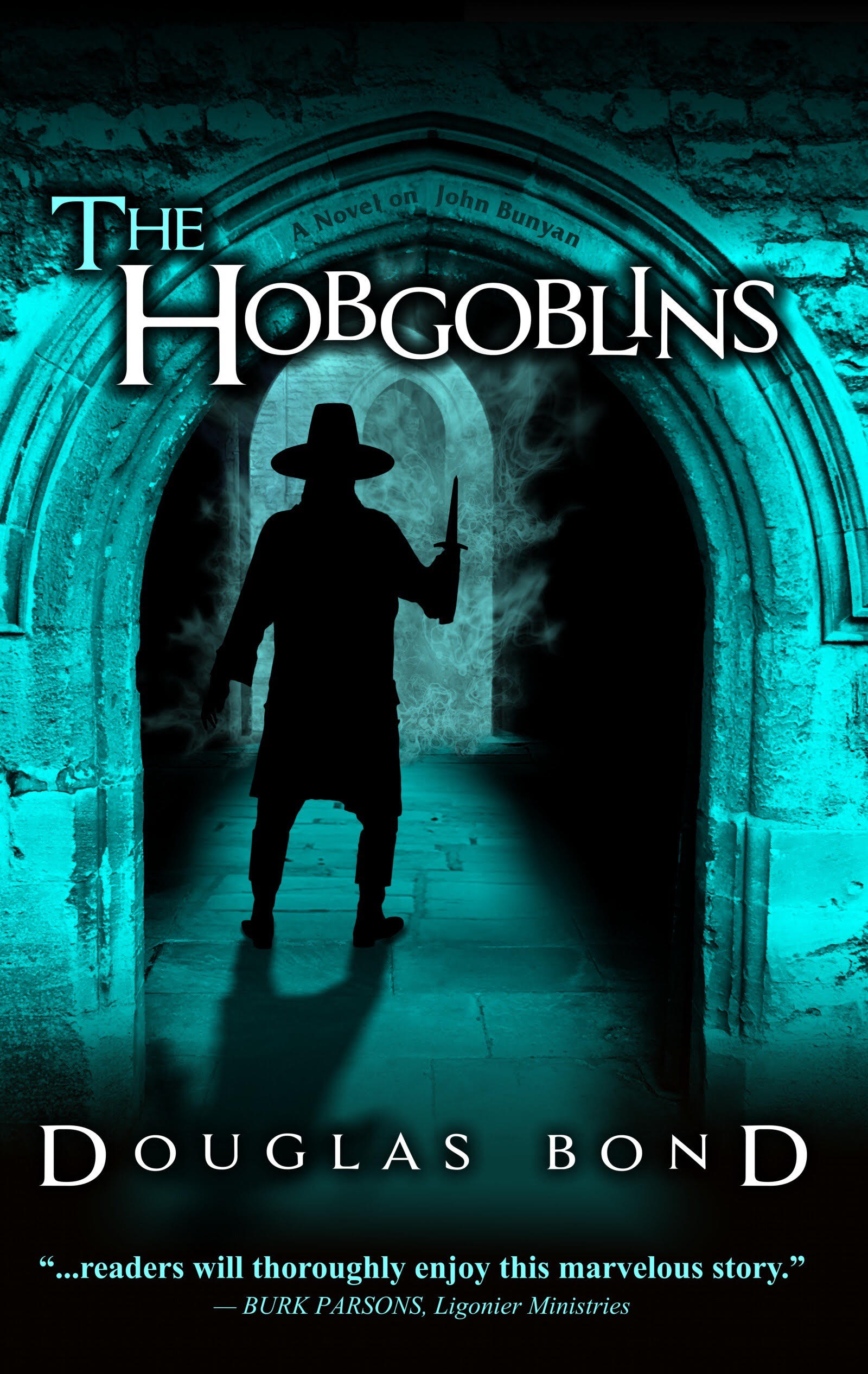 a novel on John Bunyan

The Hobgoblins is a historical novel on the life and times of John Bunyan, best-selling author of The Pilgrim's Progress. Readers of war stories, accounts of those who suffer under poverty and oppression, books about heroes of history, will find this book fascinating. The story unfolds as written in the persona of Harry Wylie, companion of the rebel John Bunyan, corrupted by the village blasphemer in their youth. Harry gives his unvarnished, eyewitness version of the life of Bunyan, including their youthful pranks in and around 11th century Elstow Abbey, their military service as enlisted teens in the English Civil War, narrow escapes in battle, the great plague and Great Fire of London in 1666, Bunyan's principled stand against civil tyranny, the various trials Bunyan endured before magistrates for unlicensed preaching, his wife Elizabeth's intrepid defense of her husband before the House of Lords, and Bunyan's long imprisonment. Harry in his adulthood has become the county jailer and recounts Bunyan's aversion to restraint of any kind and the twelve long years he spent behind bars in prison. Harry believes people never change, and Bunyan's stand against tyranny he long dismisses as yet another expression of his friend's youthful rebellion. The author creates Bunyan's 17th century voice from The Pilgrim's Progress and other books written by the unlettered village tinker, who remains the best-selling author of all time.

Douglas Bond, father of six, and grandfather of six and counting, is a hymn writer, an award-winning teacher, and author of thirty books of historical fiction, biography, and practical theology, several translated into Dutch, Portuguese, and Korean. He speaks internationally at churches, schools, and conferences, directs the Oxford Creative Writing Master Class, and leads Church history and hymn tours. He has led numerous tours to John Bunyan's Bedfordshire since 1996.