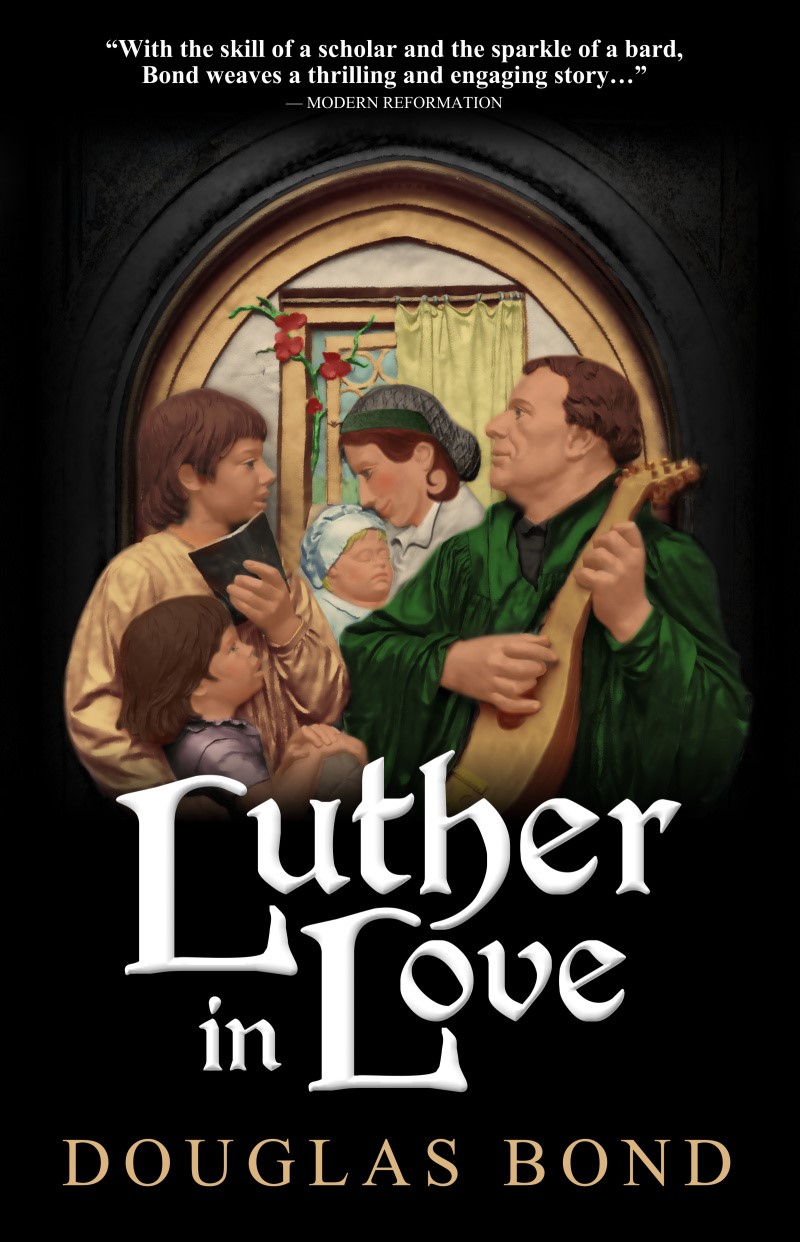 Luther in Love opens on a frigid night at the Augustinian cloister in Wittenberg, Katharina von Bora Luther bent over her candle writing something, trying to keep it from her husband's eyes. The story unfolds memoir-esque from Katie's perspective, breaking into clusters of chapters in third person, then back to Katie from time to time throughout the biographical novel. How does an apostate nun live with an apostate monk, and such a monk? There is a giant in the land, and the giant is Luther: bold, bombastic, fearless, vitriolic to his opponents, given to dark bouts of depression and self-doubt, unwashed, unkempt, plagued by a painful and reoccurring bowel disorder, and nothing short of brilliant. How does a young woman (Katie was 26 when she married 42 year-old Luther) who had not been around men since she was 5 years old, how does she live with such a man? LUTHER IN LOVE will explore these questions in the context of the dynamic unfolding story of Luther and the Reformation in Germany, and will focus particular attention, as Luther does, on the sanctifying influence of Christian marriage, “the school of character.” Including downloadable study guide for pastors to use in premarital counseling with young couples about to wed.

Douglas Bond is author of twenty-five books of historical fiction, biography, devotion, and practical theology, including two adult novels translated and published by Dutch publishing houses. He has been married to his delightfully patient and supportive wife Cheryl since 1983; they have been blessed with six children and two grandchildren. Bond has earned a Masters in Teaching (MIT) from St Martin's University, and a Preliminary Certificate in Theology from Moore Theological College, NSW Australia. He is adjunct Instructor in Church History at Western Reformed Seminary (WRS) where his Church history tours can be taken for graduate elective credit. He has taught English and history for many years, and was awarded by the Pierce County Library Foundation and Arts Commission the "2005 Teacher Award" for teaching young adults how to write; his high-school-aged writers have consistently dominated local and regional writing contests, including a 1st, 2nd, and 3rd place sweep of the three-state and British Columbia Optimist 2015 essay writing contest; the Optimist Club awarded Bond the 2015 "Teacher of the Year." Bond is an adjunct instructor of English Literature and writing at Northwest Nazarene University, and frequently speaks on writing at various conferences. Additionally, Bond has ministered overseas in Peru, and taught in the Kingdom of Tonga, and with Equipping Leaders International (ELI) in Uganda. He is on the advisory board of Glorious Films (Montreal) with Derek Thomas, Michael Haykin, and others (2014). In the Psalms Project (2009), funded by the Lilly Foundation, Bond was selected to be a speaker at Union University and to contribute a chapter to the book Forgotten Songs. As a hymn writer and author of several books on hymn writers and hymnody, Bond was asked to be a consultant for the Canadian Broadcasting Corporation's (CBC) special feature series on Christian hymns God's Greatest Hits (2012). His NEW REFORMATION HYMNS album with Greg Wilbur, Steve Green, and Nathan Clarke George releases in 2016; a growing number of his hymns are being sung in churches and at conferences. Bond is a ruling elder in the PCA, has served on a Presbytery committee, and in 2015 was elected to the permanent General Assembly national committee for Reformed University Ministries, which oversees the campus ministry Reformed University Fellowship (RUF). As an outgrowth of his books and teaching, Bond has led church history tours in Europe since 1996 (www.bondvoyage.webs.com), and has also been consulted on a history documentary film on the Reformation. Meridian Filmworks is in negotiation with Bond’s publisher to create a major motion picture of his Scottish Covenanter signature novel Duncan’s War. Frequently interviewed on Christian radio stations, Bond was featured in French newspaper Le Midi Libre (1/18/2015) on his book HAMMER OF THE HUGUENOTS, researched and written on-location in France. Additionally, Bond's articles on church history and theology have appeared in Modern Reformation, Table Talk, byFaith (author interview), Western Reformed Seminary Journal, Light and Life magazines, and in the Aquila Report. In addition to leading church history tours, Bond often lectures at conferences on literature and church history, including being scheduled for a third bonus speaking session at the Ligonier West Coast Conference in 2016.