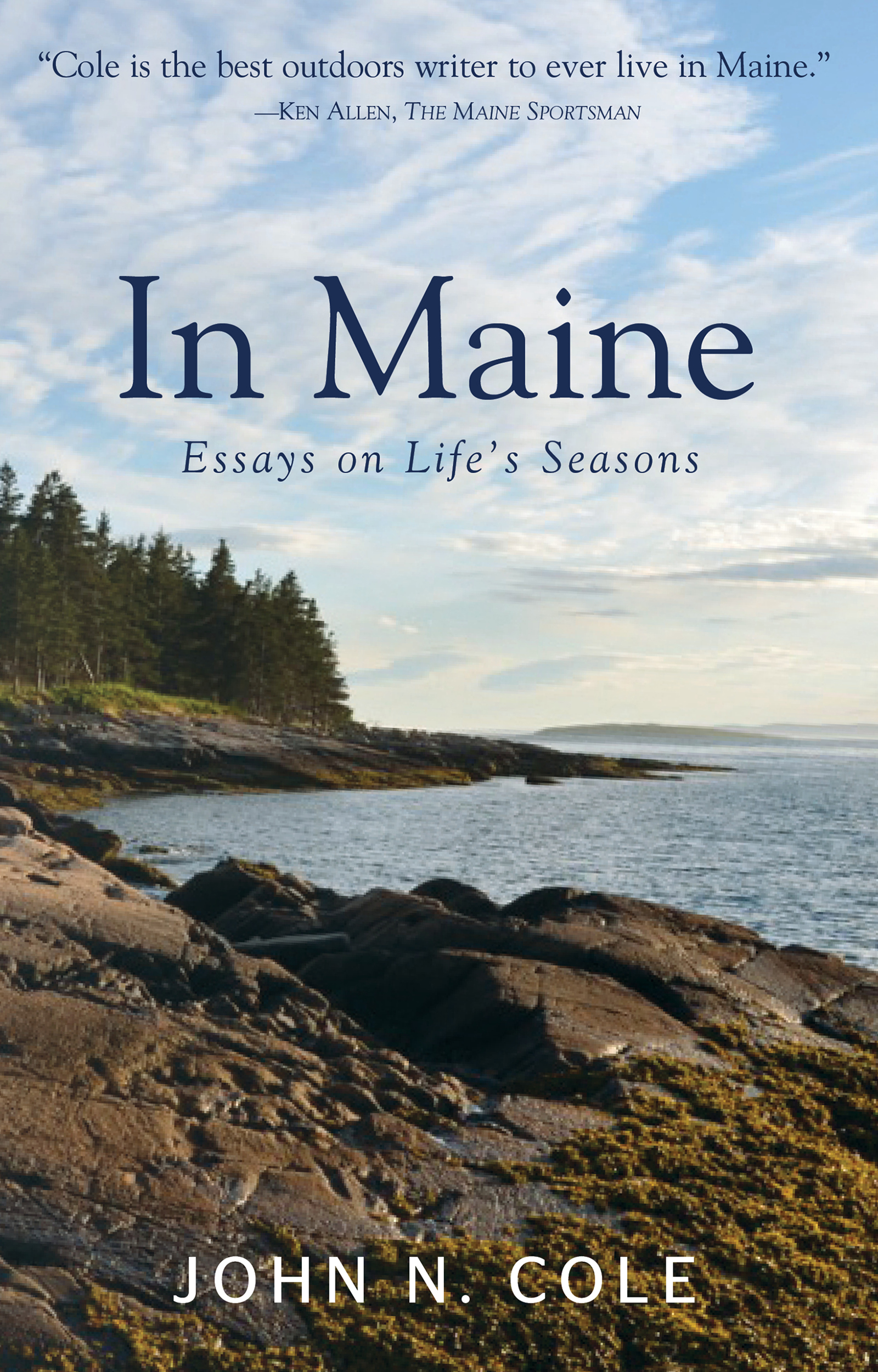 John Cole wrote with passion about his life, the outdoors, and the glorious rhythms of nature. In Maine, like all his essays and books, draws from his lifelong partnership and his fascination with the natural world from commercial fishing in the waters off Long Island, New York, to chasing stripers in Casco Bay, Maine, to quietly observing the shifting winds that roll across the local meadow and the annual change of seasons, a ritual he finds exhilarating. "Few realities life can muster are capable of destroying the zest and richness of September and October in this northeast," he writes. Cole has gained insight and contemplated potential lessons during his journey. He notes the changes that have come to the world and those that are coming. And he laments the basics of nature that too often pass unnoticed today, but remain important parts of our past and possibly our future. "Men cannot live without knowing... knowing which way the wind blows, which way the rain falls, how the sea surges, the land lives and the forest dies." To do so, he says, is unnatural.

The late John N. Cole, avid sport fisherman, amateur naturalist, and honored journalist, started working in Maine at the old Kennebunk Star in 1958. A decade later, he co-founded Maine Times, a daring newspaper that emerged as an influential voice in Maine during the 1970s. His three decades of heartfelt essays—which began as "John's Column"—are among the best writing on the outdoors ever produced in the state. Cole wrote more than a dozen books, many touching similar themes and passions, including Striper, Fishing Came First, Fish of My Years and Life List. His articles appeared in Time, Reader's Digest, Sports Illustrated, Life, Esquire, Atlantic Monthly and Smithsonian, among others. Cole received the Yankee Quill Award from the Academy of New England Journalists in 1973 and the Outdoor Life Award for Environmental Writing from President Jimmy Carter in 1979. He was inducted into the Maine Press Hall of Fame in 2000.