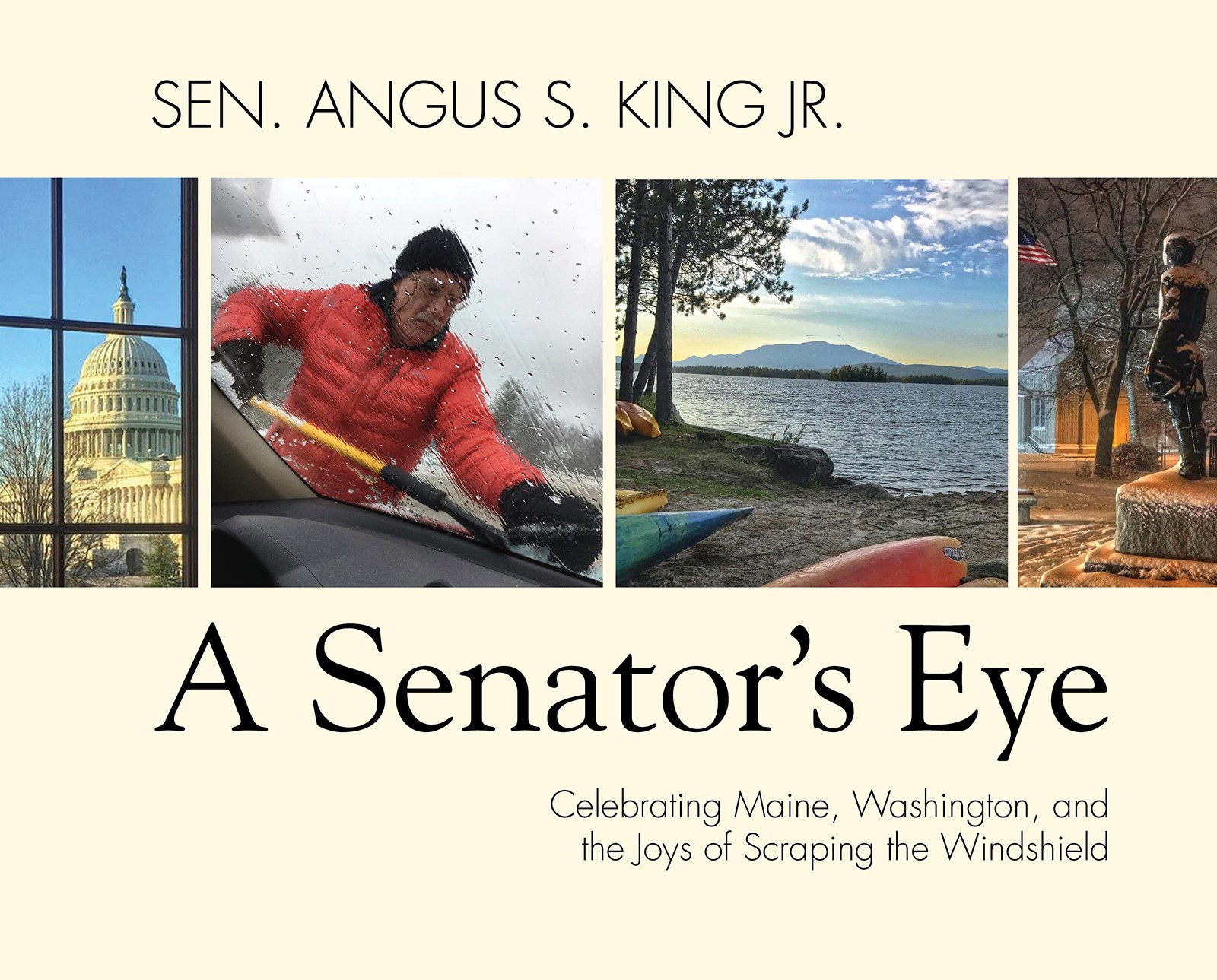 Celebrating Maine, Washington, and the Joys of Scraping the Windshield

Sen. Angus S. King Jr.—whether hosting a bipartisan barbecue as a U.S. Senator, traveling the country in his RV, riding the back roads of Maine on his Harley, or waxing poetically about his civil war hero Joshua Chamberlain—prides himself on having an eye and an ear for both the historic and the gloriously familiar. In recent years, he has regularly captured his work and daily adventures on his smartphone and shared those pictures on social media to provide a wonderful and rare insider's look at the workaday life of a senator, whether he is in D.C. or his home state.

From the formality of the Capitol Rotunda to a glorious sunrise off the coast of Maine, A Senator's Eye: Celebrating Maine, Washington and the Joys of Scraping the Windshield is a fascinating collection of these informal photos, including King's personal insights and captions.

Sen. Angus S. King Jr. (I-Maine) was elected as an independent to the U.S. Senate in 2012, filling the same seat once occupied by Edmund Muskie, George Mitchell, and Olympia Snowe. King also served two terms as the governor of Maine. He is a graduate of Dartmouth College and earned his law degree from the University of Virginia. King considers himself a strong believer in the need for greater bipartisan dialogue and relationship building and is a proven consensus-builder who "calls 'em like he sees 'em," putting civility and respect ahead of political ideology. After serving two terms as governor of Maine, he packed up his family in an RV and spent nearly six months circumnavigating the United States. His first book, Governor's Travels: How I Left Politics, Learned to Back Up a Bus, and Found America, detailed his trip. He has five children and lives in Brunswick, Maine, with his wife, Mary. In his free time, he enjoys exploring the Maine outdoors—either on his Harley or with his family in their camper.