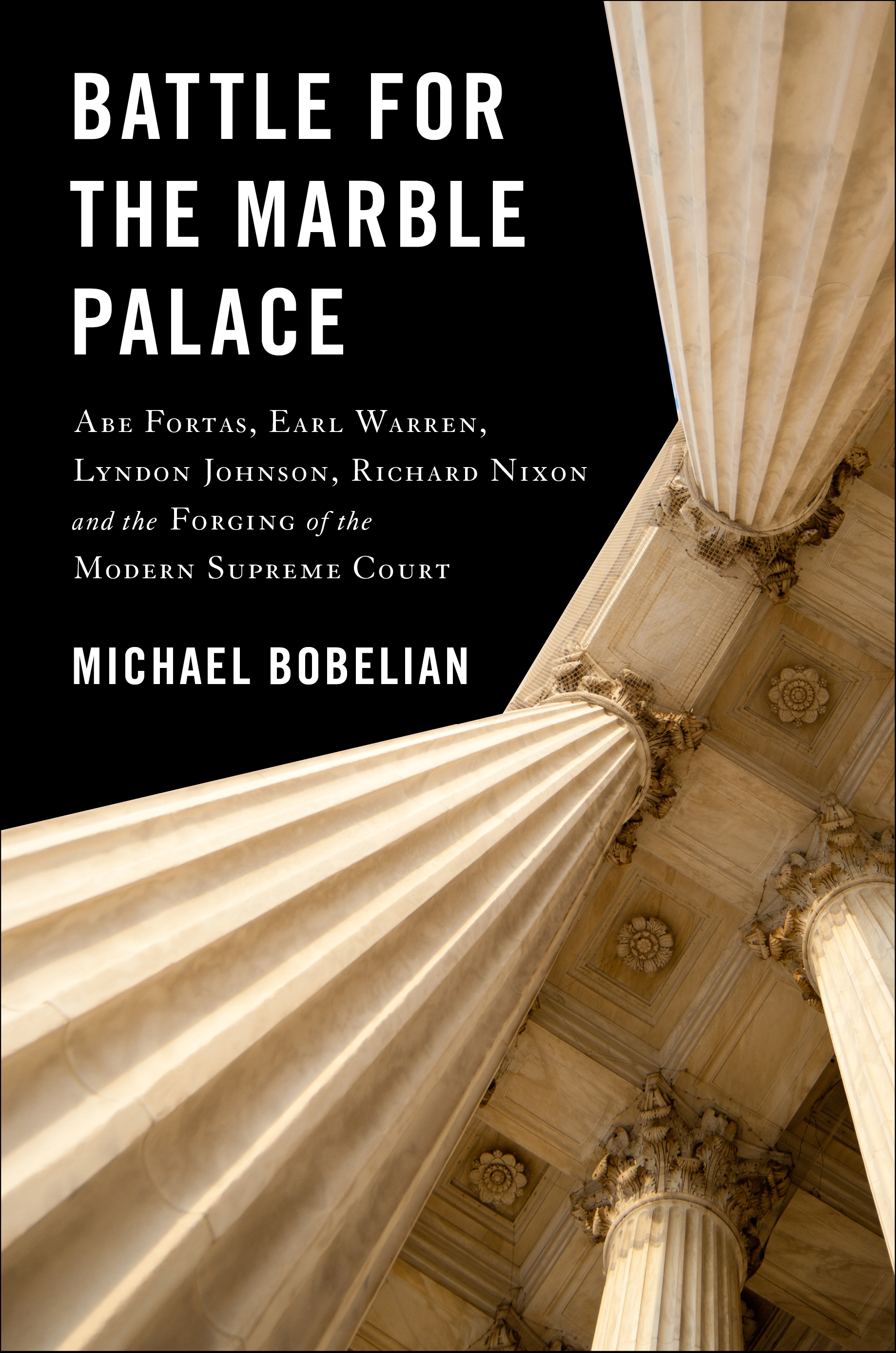 Battle For The Marble Palace

1968 was a particularly tumultuous year in American history. The escalating war in Vietnam, the riots during the Democratic Convention, and the assassinations of Martin Luther King Jr. and Robert Kennedy left a scar on the national consciousness. But one great battle that took place during this time is barely recalled. The nomination of Abe Fortas for Chief Justice of the Supreme Court launched an all-out cultural war that would determine the course of major court cases for years to come. Award-winning judicial journalist and Supreme Court reporter Michael Bobelian brings us right into the halls where this fierce battle raged, pitting Lyndon Johnson and the Democratic Party against Richard Nixon and the GOP in a fight that ended in the defamation of Fortas, the first Jew ever nominated for the highest judicial office. Written in vivid detail, the narrative unfolds in a series of dramatic vignettes, from the landmark ruling of Brown vs. Board of Education to the chaos on the floor of the Democratic Convention. Readers are given a behind the scenes look at the camaraderie among the retiring Chief Justice Earl Warren, Lyndon Johnson, and Fortas—and will witness, with them, the rise of Richard Nixon as the fate of the liberal court is decided.

Michael Bobelian is an award-winning author, lawyer, and journalist whose work has covered issues ranging from legal affairs to corporate wrongdoing to human rights. His first book, Children of Armenia: A Forgotten Genocide and the Century-Long Struggle for Justice was published by Simon and Schuster in 2009. As a contributing writer at Forbes.com, Bobelian currently covers the Supreme Court, Wall Street reform, white collar crime, regulatory agencies, human rights, and high-profile trials. He has also written for the Los Angeles Times, Washington Monthly, California Lawyer magazine, Reuters, Legal Affairs magazine, the New York Law Journal, where he worked as a staff reporter, and various other publications