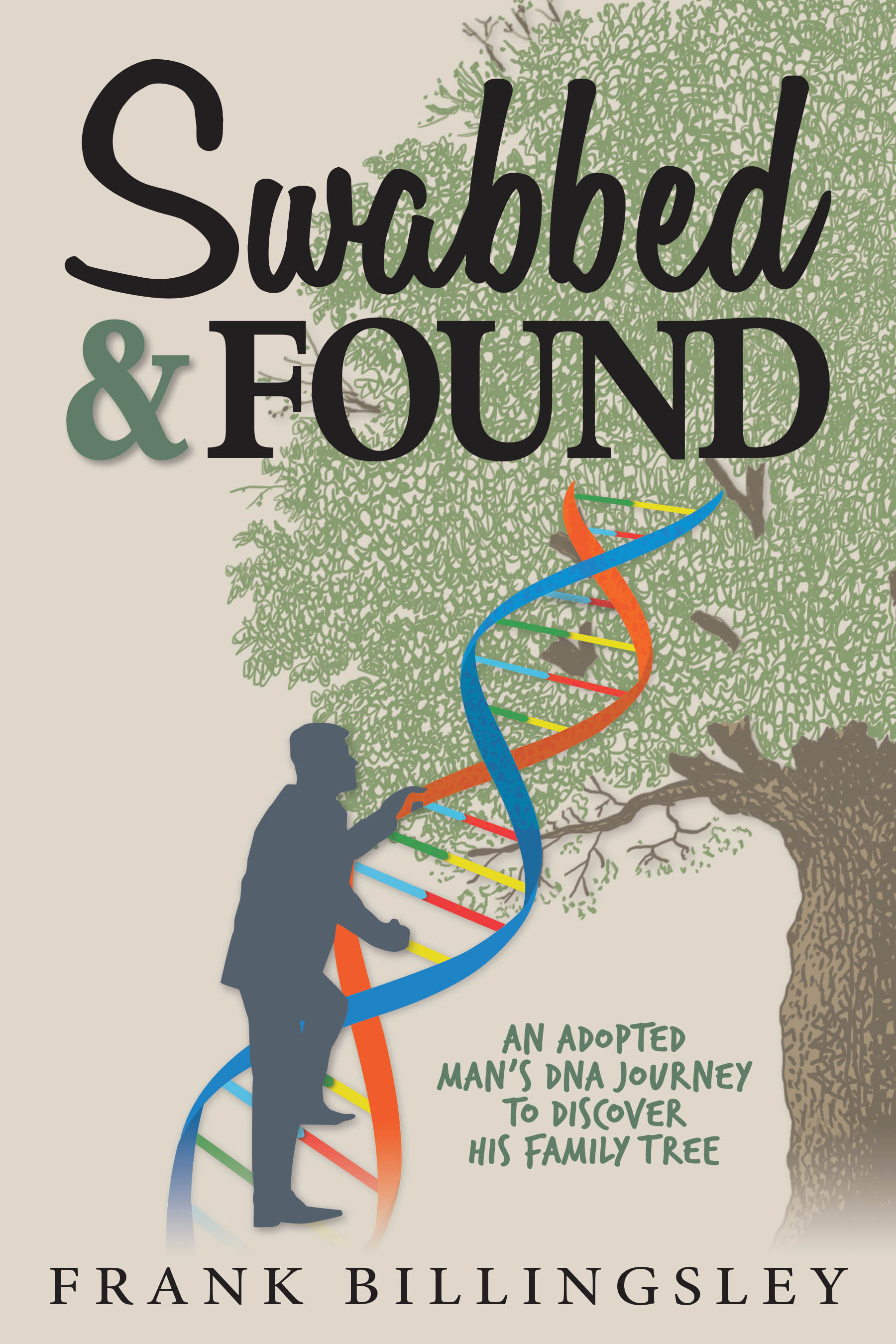 An Adopted Man's DNA Journey to Discover his Family Tree

As Houston's beloved KPRC weatherman for more than 20 years, Frank Billingsley seems like a relative to many people. His optimistic presence comes into their homes and reassures that even the gloomiest of rainclouds probably has a silver lining. He has such a way with people that it is obvious that he comes by his sunny, outgoing demeanor naturally.

Billingsley always wondered if he got his personality, his bright blue eyes, or his love of people from his mother or his father. But he was adopted, so he never knew. Swabbed & Found is the fascinating story of how he combined cutting-edge DNA tests and genealogical programs in combination with his investigative skills to put the pieces of his family tree in order. Along the way he discovered that people are not always who they seem, or even who they think they are. Each time he would think that he had come to a dead end, he found himself helped by a new friend or a newly discovered relative, until finally, he was able to find the family he had wondered about for his whole life.

The science of genealogy is booming, and in his typical open fashion, Billingsley puts a human face on it. His story shows that who we are is not necessarily who gave us our eye color, but who we love. Knowing our genealogical background is important, but wielding that information with care and compassion is a vital part of this new science.

Providing a clear road map of how the DNA discovery process works, resources, and explanations of just what second cousin-once-removed really means, as well as insight on life as a gay public figure in the South, this generous book makes it clear why Billingsley has found such a home in Houston's heart. Anyone who has ever wondered about missing branches on their family tree, wanted to know more about their heritage, or wanted to understand, once and for all, that we are all really one big family, will find Swabbed & Found enlightening and engaging.

Frank Billingsley has been Houston, Texas' beloved television weatherman for more than 25 years. Born in Little Rock, Arkansas in 1960, Billingsley was adopted and raised in Mountain Brook, Alabama. He received his Bachelor of Arts in journalism from Washington and Lee University and a certificate of broadcast meteorology from Mississippi State. He began his TV career as a meteorologist in Virginia, then to Mississippi, and eventually Texas. Billingsley lives in Houston with his husband, Kevin. Swabbed & Found is his first book.