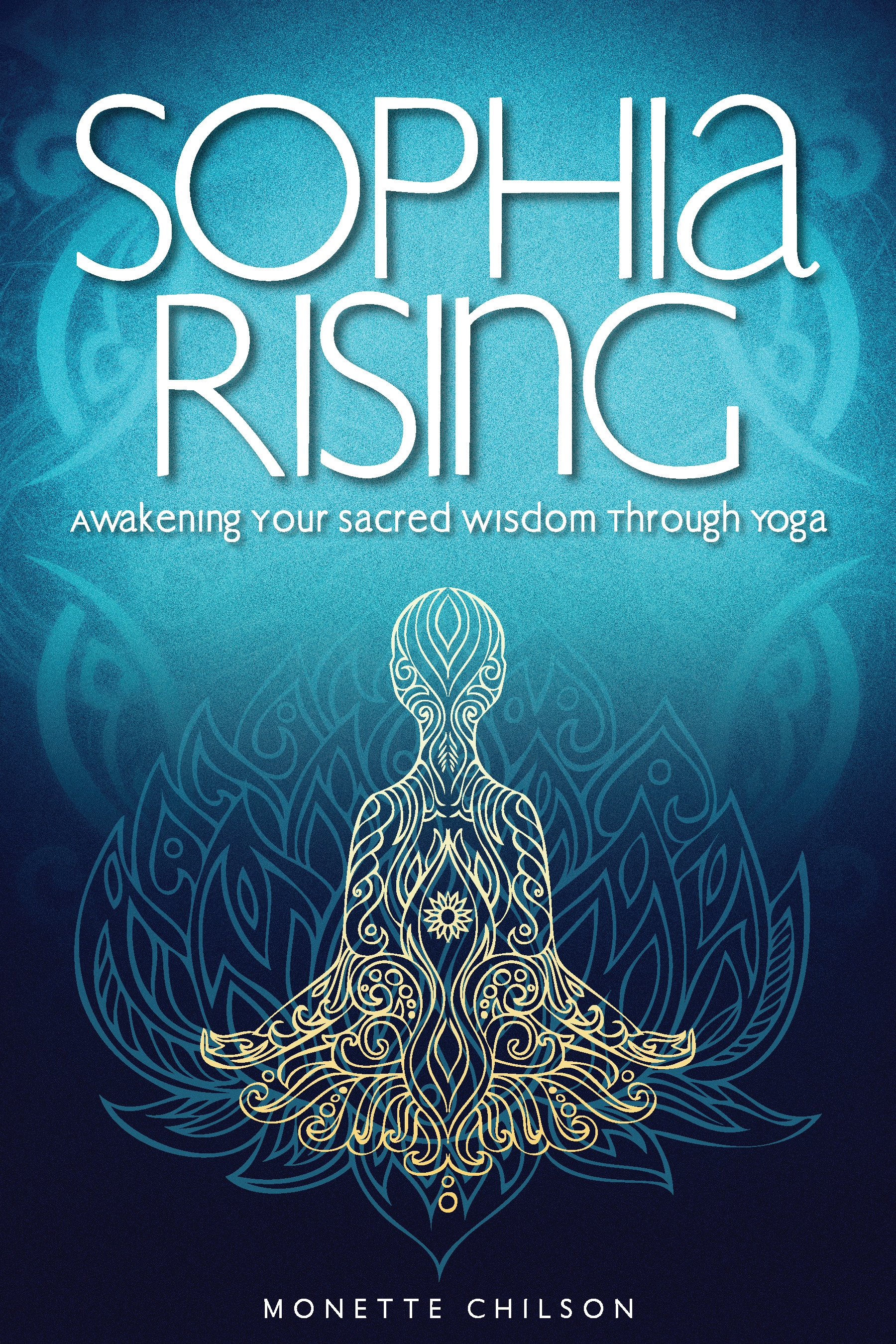 Awakening Your Sacred Wisdom Through Yoga

Sophia is the incarnation of wisdom, personified eloquently by the writer of the Wisdom of Solomon. She surfaces repeatedly in both the Old and New Testaments of the Bible, yet her identify remains unclear. Some see Sophia as a deity in her own right, others see Her as representing the Bride of Christ (Revelation 19), others as a feminine aspect of God representing wisdom (Proverbs 8 and 9), and still others as a theological concept regarding the wisdom of God. Author and yogini Monette Chilson doesn't attempt to provide the definitive word on Sophia's identification, and in fact, invites readers to revel in the mystery that surrounds her as they learn how to use yoga to access the divine within. Within each one of us-male and female-whether we choose to embrace or deny her existence, Sophia exists. She is the Holy Spirit, the breath we breathe. She is God-given, not something women dreamed up to feel better about being left out of all the starring roles in the Bible. With an understanding of Sophia, it is esy to see that women were in fact not left out. Sophia was there all along, beckoning to us-right along with Jesus. The masculinization of God has left both men and women looking for a more holistic religious experience that an understanding of the feminine face of God can provide. Finding Sophia is about our ability to perceive a wholly representative image of God within us. God is already there. When we recognize Sophia as she works inside us-guiding us along the path laid before us-we come closest to God. Bringing that awareness into focus is a function of being, rather than doing. It is passive, not active, and it requires us to back off and surrender to that voice that is whispering to us even when our internal dialog drowns it out. Yoga and meditation practices allow us to begin to hear Sophia's voice. Yoga doesn't create the sacred. It merely reveals it in many beautiful ways which are described throughout this book.

Monette Chilson is long-time yoga practitioner dedicated to making the spiritual benefits of yoga accessible to all. She is a feature writer for Texas Yoga Association. Her writing has appeared in Yoga Journal and she speaks frequently at yoga conferences. She lives in Houston with her husband and their two children.