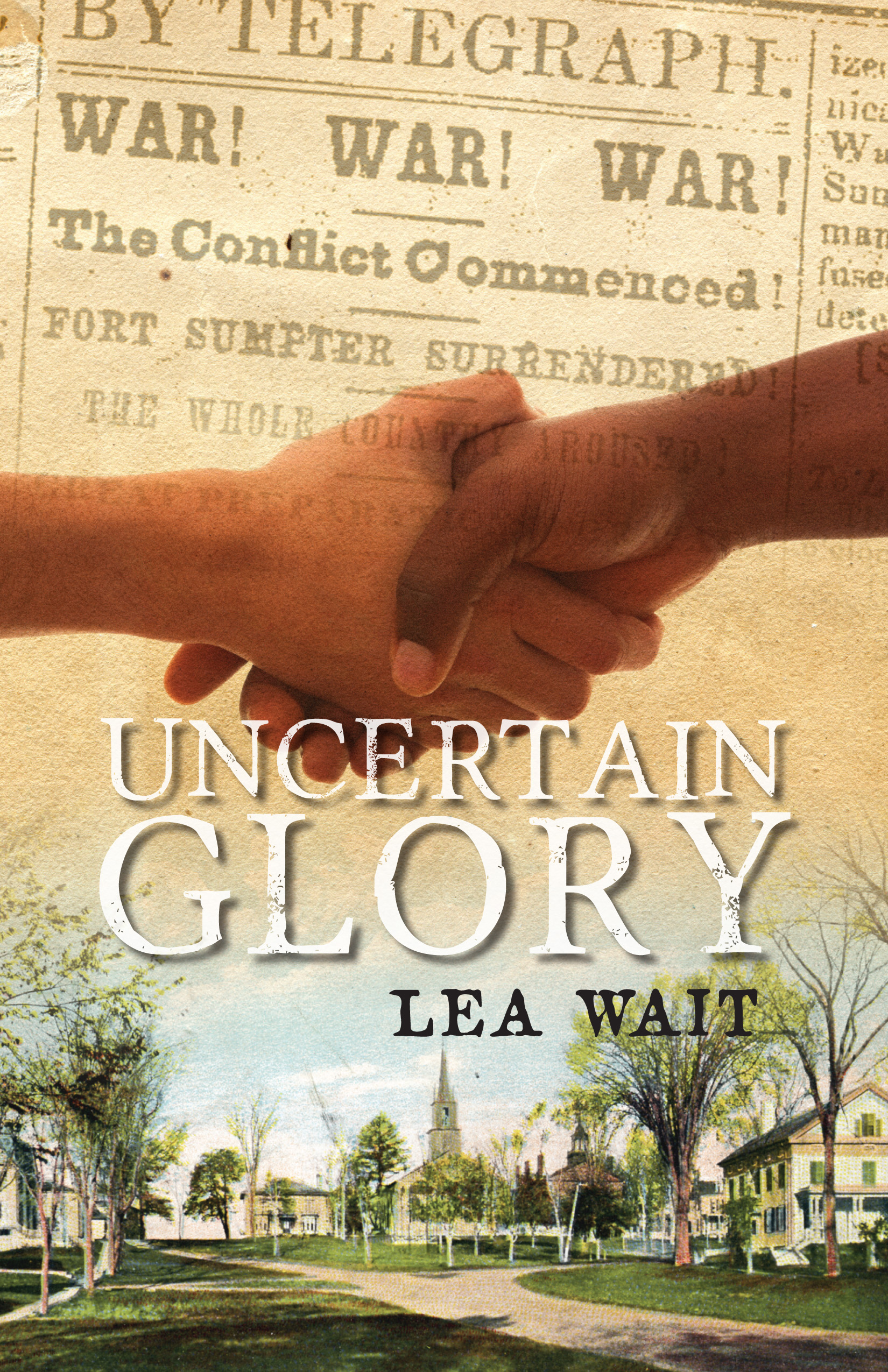 Joe Wood has dreams. Big dreams. He wants to be a newspaperman, and though he’s only fourteen, he’s already borrowed money to start his own press. But it’s April, 1861, and a young nation is teetering on the brink of a civil war.As effects of war begin to spread over Joe’s hometown of Wiscasset, Maine, he must juggle his personal ambitions with some new responsibilities. He has to help Owen, his young assistant, deal with the challenges of being black in a white world torn apart by color. He needs to talk his best friend, Charlie, out of enlisting. He wants to help a young spiritualist, Nell, whose uncle claims she can speak to the dead. And when Owen disappears, it’s up to Joe to save him.Lea Wait skillfully draws on the lives of real people in Maine’s history to tell this story of three young adults touched by war and the tension it brings, forcing them into adulthood—before they may be ready.

Lea Wait lives on the coast of Maine, where she writes both historical novels for young adults and mysteries for adult readers. She is the author of four acclaimed young adult historical novels set in 19th century Maine. Lea grew up in Maine and New Jersey, graduated from Chatham College, earned graduate degrees from New York University, and worked for AT&T while she raised four adopted daughters. She is now the grandmother of eight and is married to artist Bob Thomas. Lea welcomes readers of all ages to friend her on Facebook, where she posts frequently about reading, writing, and living in Maine.