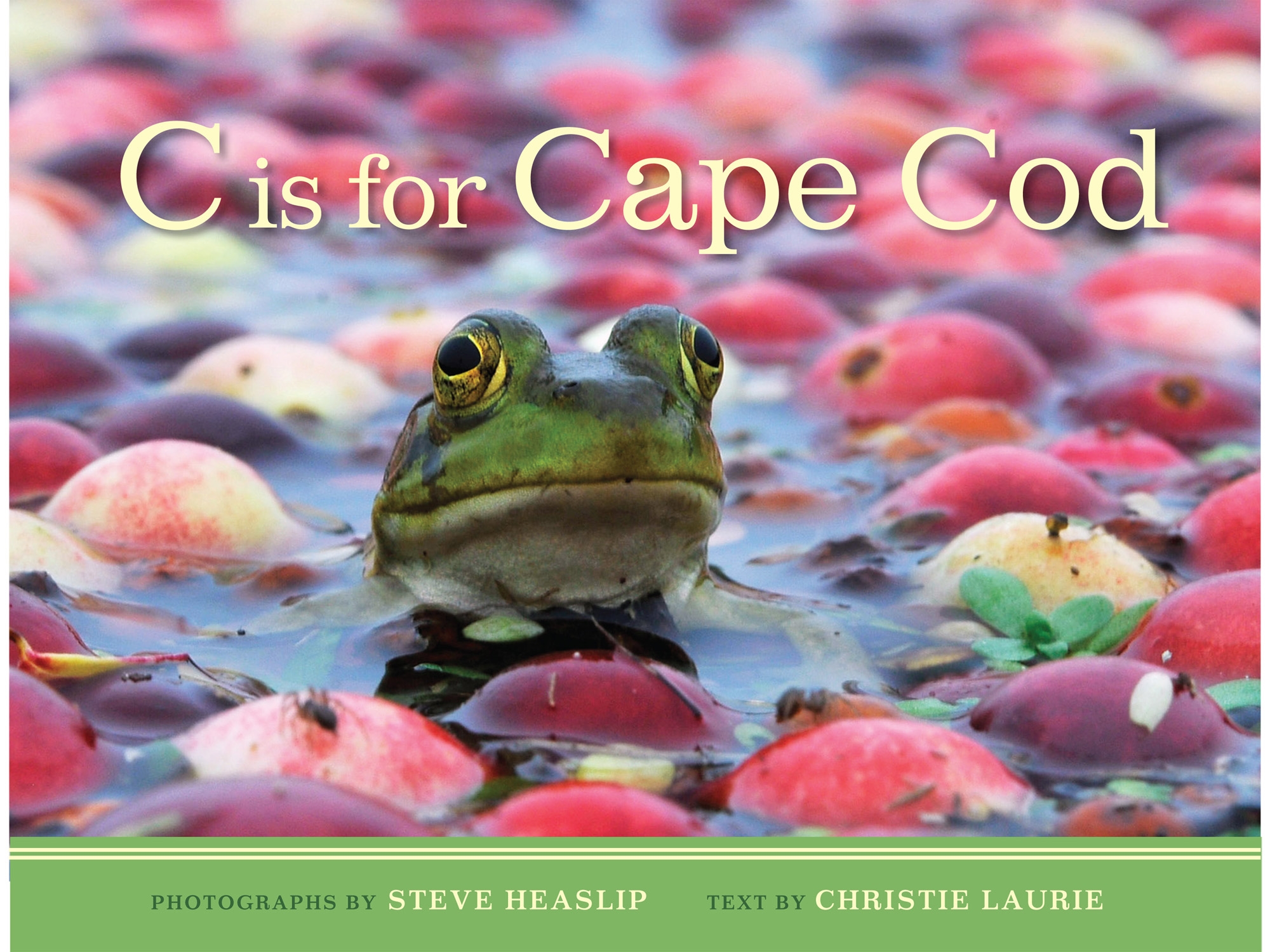 C is for Cape Cod

C is for Cape Cod is an alphabet book that introduces children to the sights, sounds, culture, and history of Cape Cod. For each letter, a short four-line verse gives younger readers a fun introduction to the subject, and the main text provides information that will appeal to both older children and adults alike. The stunning photographs, by award-winning Cape Cod Times photographer Steve Heaslip, tell stories unto themselves, from the doleful eyes of seals to children whirling on carousels, from a frog peeping out of a cranberry bog to the engineering marvel of the Cape Cod Canal. This is Cape Cod, replete with natural beauty, rich history, tourist attractions, and much more.

Christie Laurie is a best-selling poet and has published haiku and poetry since 1976, receiving numerous prizes over the years. For more than two decades, she has presented workshops, poetry readings, and seminars throughout New England. Her first book, Seasons Rising: A Collection of Haiku, was published in 2011 to favorable reviews. She is the author of a memoir, two adult books on biblical characters, and a chapbook of inspirational insights, Inspiration Interludes (whose funds benefit the National League of American Pen Women). Steve Heaslip is the chief photographer for the Cape Cod Times, a National Press Photographers Association contest winner, New England Press Association Photographer of the Year in 2001 and 2005, and has won various New England Associated Press Editors Association first place awards. His photographs have been in two exhibitions and have appeared in National Geographic, Life, Time, Newsweek, the New York Times, and Yankee.