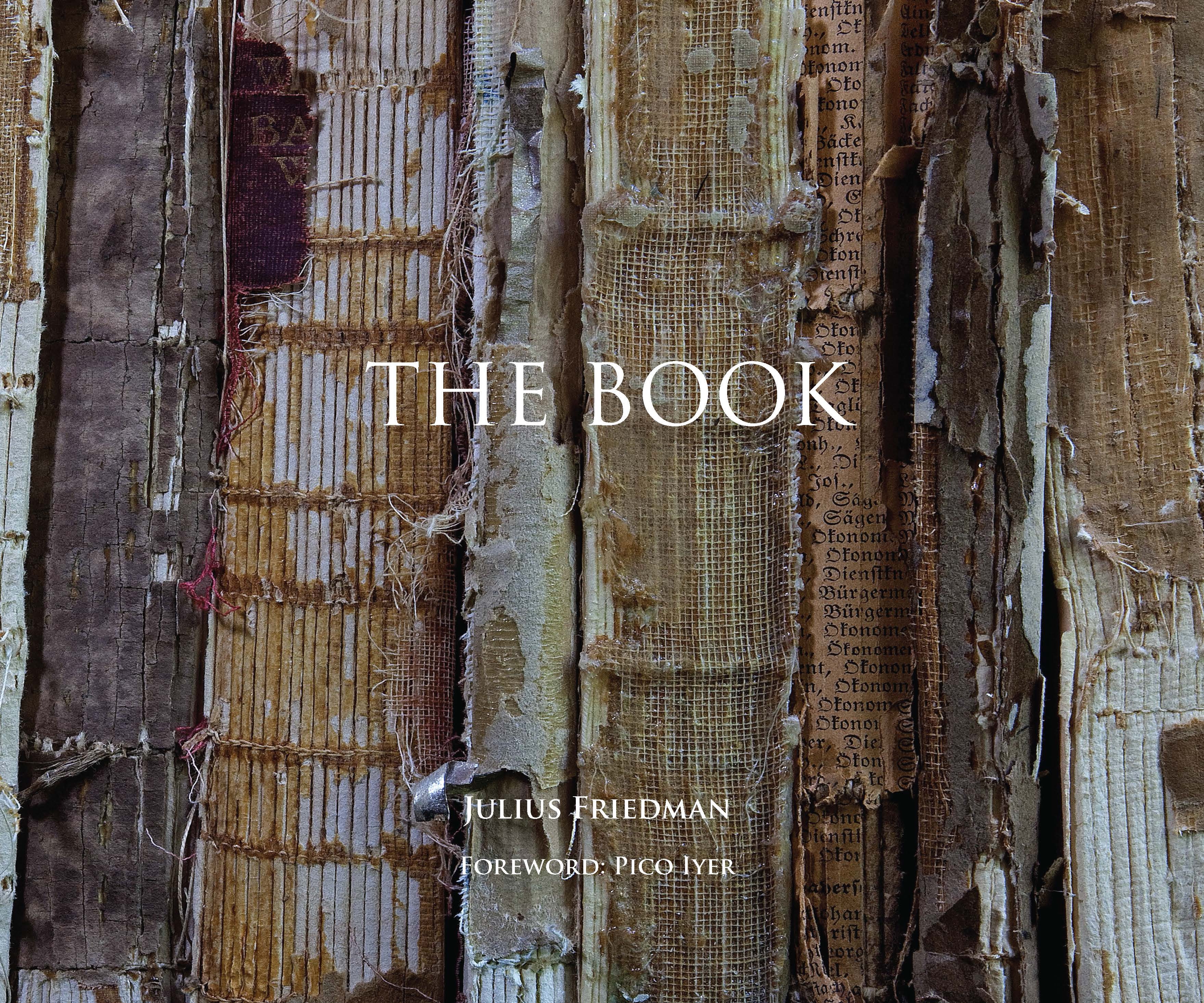 Destroying books has traditionally been seen as a brutal, almost inhumane, act. Is it possible that instead, book destruction can be turned into beautiful and inspiring works of art?

That's the premise behind a new book from distinguished designer and photographer, Julius Friedman. Titled simply, The Book, Friedman's latest project is an art book made possible by the sacrifice of several other beautiful books for the pieces within.

"The Book project was inspired by Gail Gilbert, the art librarian at the University of Louisville Library, when she gave me a bag of books she was discarding," Friedman noted. "She thought I could tear them up and make collages or an art project. I told her I was not a collage artist and, being a book designer, I could not tear them up. After months of them sitting in my basement and Gail saying, ‘Do something with them,' I made my first deconstruction and collage," he added.

Those first collages grew into a body of work, and later, a limited edition of 20 books, all hand-sewn and hand-bound, using hand-set type, letterpress, and tipped-in photographs—and a box made of cherry wood to house each copy. The "run" sold out immediately. "After that project, I continued to make collages and decided to do a coffee table book that people from all walks of life could afford, enjoy, and experience," the artist added.

The result is stunning. In 130 beautiful photographs, Friedman gives his torn-apart and twisted books fascinating shapes and structures, some lit from within or without, ranging from the abstract to the concrete, and from the visceral to the intellectual. "I looked at the book from its beginnings to the current and emerging world of the Kindle and other electronic tablets, intuitively keeping in mind the sacred word, censorship, holding an object, its tactile way, even the smell of a book," he stated.

The Book will be loved, ironically, by book lovers who will recognize how the artist has harnessed the tactile power of books and transformed them into new and moving forms for his art.

JULIUS FRIEDMAN is a graphic designer, photographer and artist specializing in cultural, nonprofit, and corporate design. His work is included in the permanent collections of the Museum of Modern Art, New York City; The National Gallery of Art, Washington DC; the National Museum of Poster Art, Warsaw, Poland; The Dansk Plakamuseum, Aarhous, Denmark; The Brown-Forman Corporation; 21C Museum; PNC Bank; and NTS Corporation.

PICO IYER is the author of two novels and eight works of nonfiction, including Video Night in Kathmandu, The Lady and the Monk, The Global Soul and, most recently, The Man Within My Head. An essayist for Time since 1986, he publishes regularly in the New York Review of Books and the New York Times.

JILL GAGE is Reference Librarian and Bibliographer of British History and Literature at the Newberry Library, where she has worked since 2004. She holds an M.S. in Library and Information Science (University of Illinois at Urbana-Champaign) and a PhD in English Literature (University of London). She has published on a variety of topics, including the 1470 edition of Eusebius's De Evangelica Praeparatione printed by Nicolas Jenson; eighteenth-century English schoolboy writers; and nineteenth-century extra-illustrated books.

DIANNE APRILE is an editor and writer of essays and books, including The Eye is Not Enough,a collaboration with visual artist Mary Lou Hess. A former journalist and jazz-club owner, she teaches creative nonfiction at Spalding University's brief-residency MFA on Writing Program.