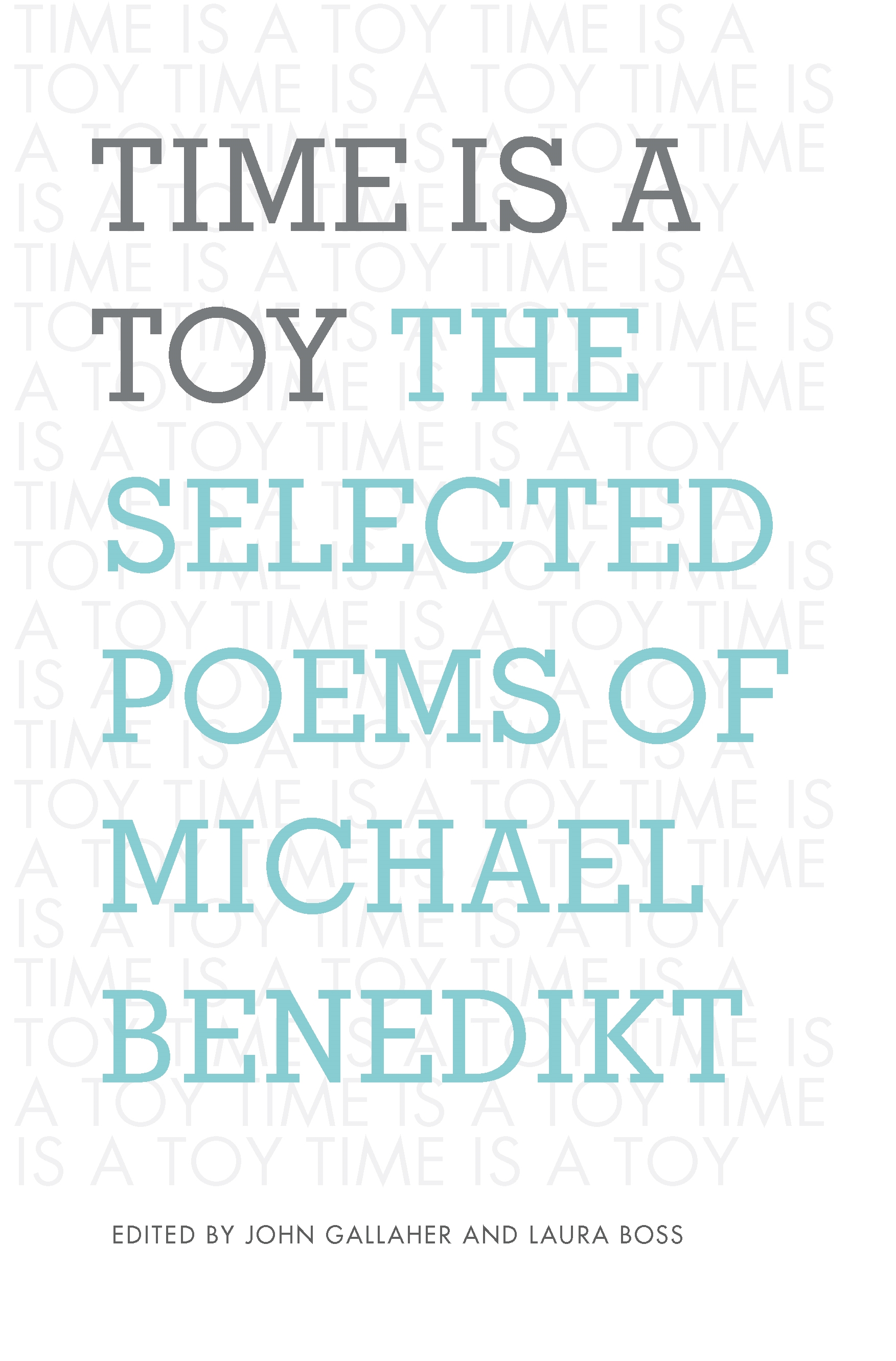 Time is a Toy

The Selected Poems of Michael Benedikt

Michael Benedikt (1935–2007), who has been occasionally grouped with the New York School poets, as well as James Tate and Russell Edson, published five books of poetry in his lifetime, and edited several anthologies, including the influential The Prose Poem (1976) and The Poetry of Surrealism (1974). This collection brings together for the first time work from all five of those long out-of-print volumes—along with work from his five unpublished manuscripts, which were nearly destroyed after his death. Finally, this once widely published and influential voice is back in print, and a fuller understanding of the development of American surrealism and the prose poem in the 1960s and 1970s is possible. Also, the more expansive work that he began in 1980, which investigated the line between the lyric and prose narrative, is finally getting the book presentation it deserves. A lifelong New Yorker, Benedikt was at various times an associate editor with Art News and Art International, managing editor of Locus Solus, and poetry editor of the Paris Review. Benedikt also taught at institutions such as Sarah Lawrence, Bennington, Vassar, and Boston University.