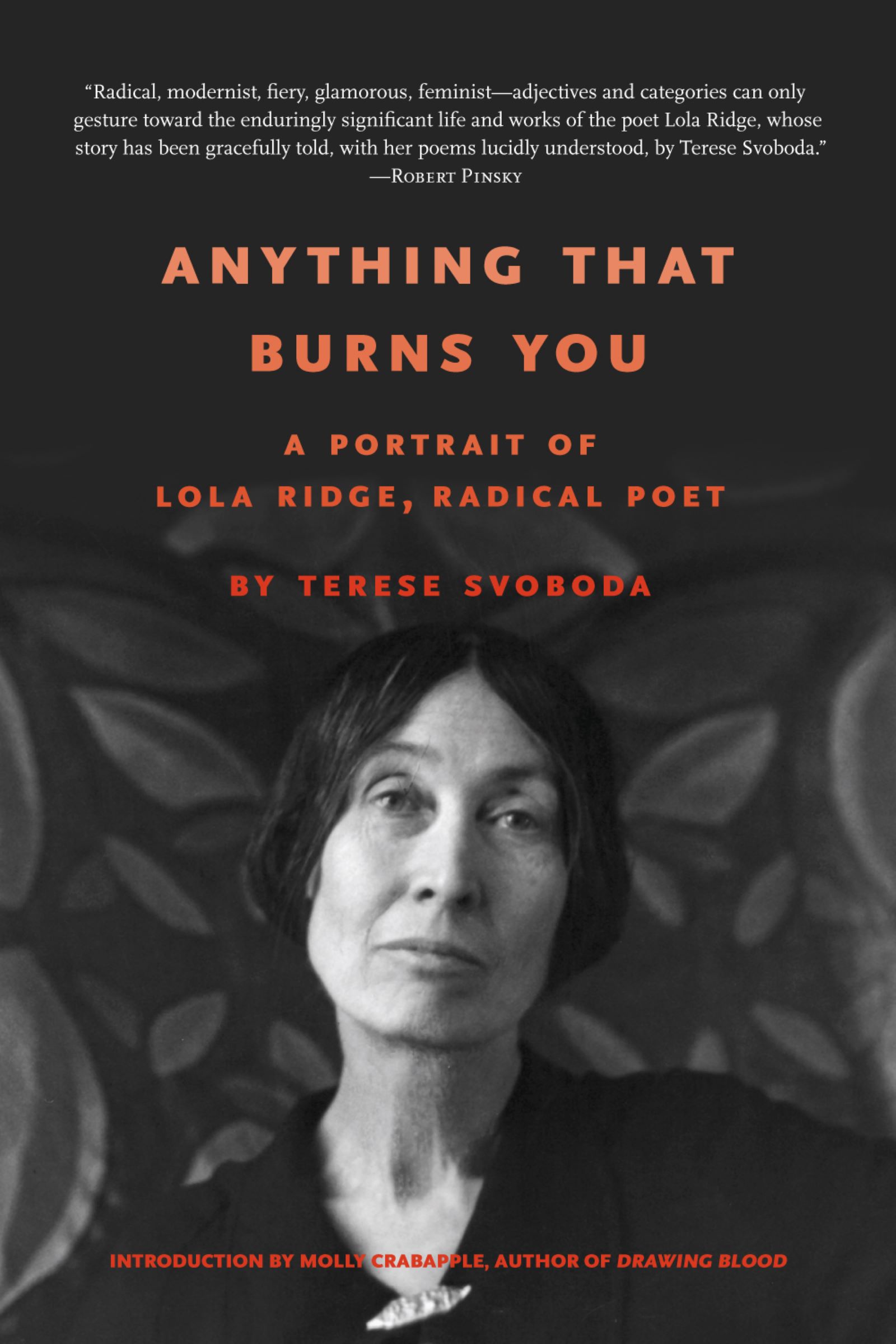 Anything That Burns You

This is a rich and detailed account of the life and world of Lola Ridge, poet, artist, editor, and activist for the cause of women's rights, workers' rights, racial equality and social reform. Author Svoboda takes the reader on a fascinating journey from Ridge's childhood as a newly arrived Irish immigrant in the grim mining towns of New Zealand to her years as a budding poet and artist in Sydney, Australia, to her migration to America and the cities of San Francisco, Chicago, and New York. At one time considered one of the most popular poets of her day, she later fell out of critical favor due to her realistic and impassioned verse that looked head on at the major social woes of society. Moreover, her work and appearances alongside the likes of Margaret Sanger, Emma Goldman, Will Durant, and other socialists and radicals put her in the line of fire not only of the police and government, but also the literary pundits who criticized her activism as being excessive and melodramatic. This lively portrait gives a veritable who's who of all the key players in the arts, literature, and radical politics of the time, in which Lola Ridge stood front and center.

Terese Svoboda (www.teresesvoboda.com) is an American poet, novelist, memoirist, short story writer, librettist, translator, biographer, critic, and videomaker. She is the author of five collections of poetry, five novels, a novella and stories, a memoir, and a book of translation. Her essays, reviews, fiction, and poetry have appeared in numerous publications, including The New Yorker, The Paris Review, The Chicago Tribune, Ploughshares, The Atlantic, Poetry, Times Literary Supplement, Yale Review, Slate, and The New York Times. She was the recipient of a Guggenheim Fiction Fellowship and the Money for Women Barbara Deming Memorial Prize, and she teaches fiction at the Center for Fiction in New York. Molly Crabapple is an artist, journalist, and author of the memoir, Drawing Blood.Called "An emblem of the way art can break out of the gilded gallery" by the New Republic, she has drawn in and reported from Guantanamo Bay, Abu Dhabi's migrant labor camps, and in Syria, Lebanon, Gaza, the West Bank, and Iraqi Kurdistan. Crabapple is a contributing editor for VICE, and has written for publications including The New York Times, Paris Review, and Vanity Fair. Her work is in the permanent collection of the Museum of Modern Art.