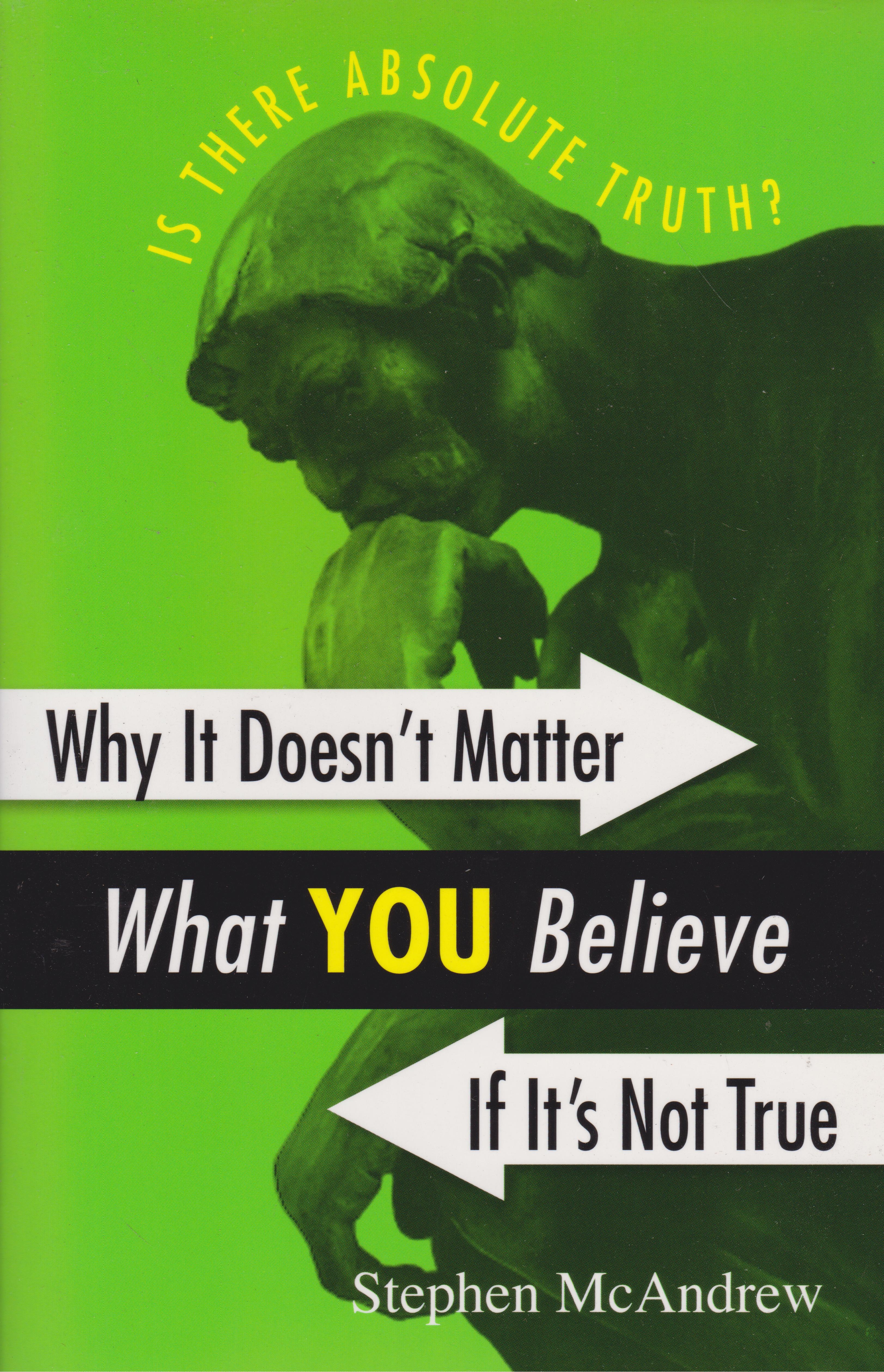 Is There Absolute Truth?

We've all heard the statement (and maybe even said it ourselves), "It's all relative." But are moral truths relative? If that is the case, how then can there be universal human rights? McAndrew's book argues that if there are universal human rights, then moral truths also must be absolute. Society has moved from a worldview that accepted the existence of absolute truth to a world of relative truth. This paradigm shift was primarily motivated by a desire to render philosophy more scientific by eliminating metaphysical theories. But the twentieth century witnessed another shift after the Second World War. Out of that bloody conflict arose the recognition for the need to articulate human rights and hence the Universal Declaration of Human Rights. However, universal human rights make no sense in a morally relative world. A relative theory of truth is inconsistent with morally condemning acts of others, no matter how heinous. Why It Doesn't Matter What You Believe If it Isn't True challenges those who embrace the "human rights urge" to honestly look at the contradiction between relative truth and universal human rights and examine without prejudice to see where this leads them. This book is a concise and thoughtful call to value absolute moral truth.

Degree in Philosophy and French, Trinity College in Dublin, Ireland where he was raised. Began his studies in law and moved to the U.S. to complete courses, graduated at the top of his class; University at Buffalo Law School. Lives in Buffalo, NY with his wife and three children. Still loves soccer and has a great Irish accent!