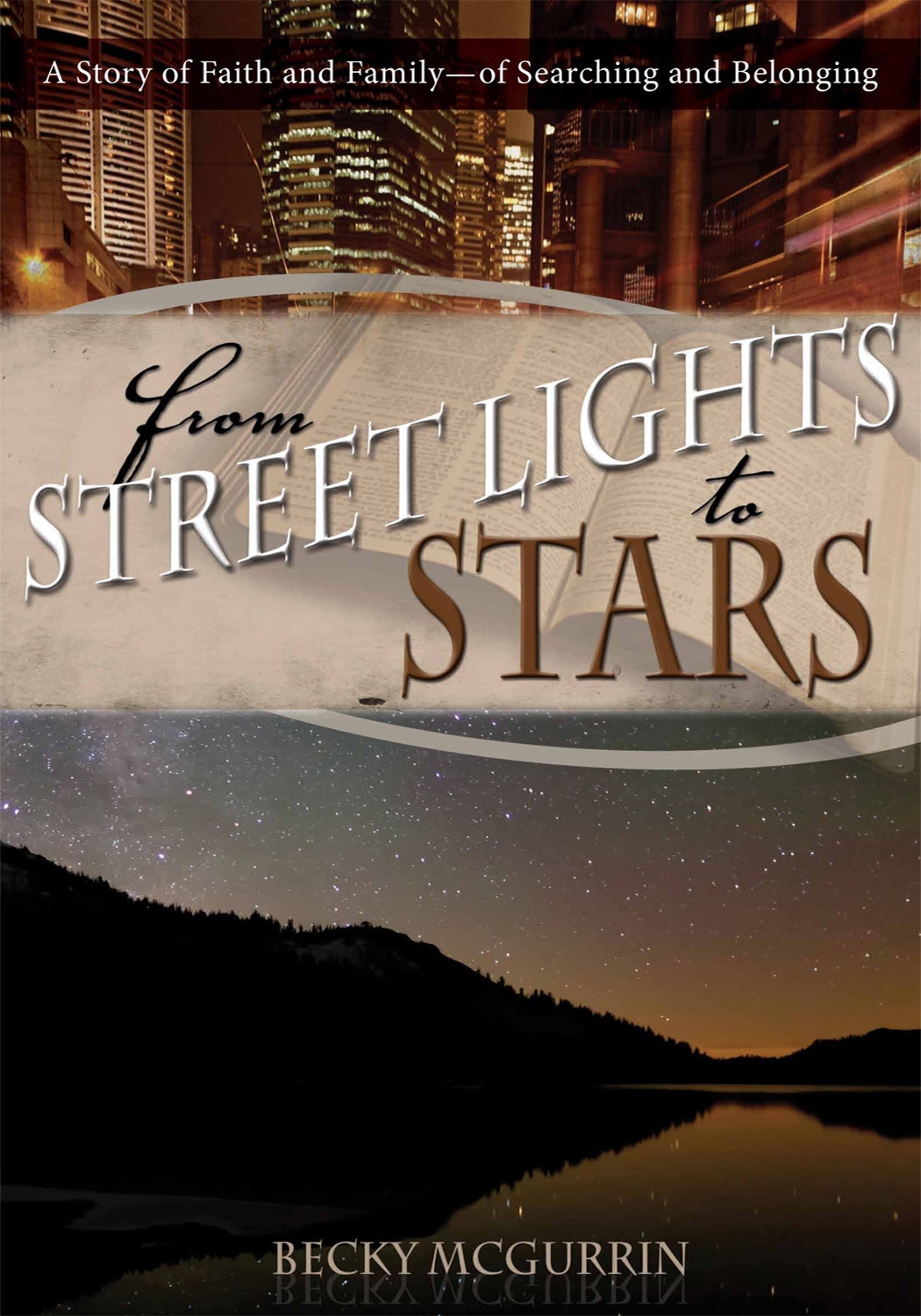 From Streetlights to Stars

Becky and her husband were committed to providing a haven in raising their four children in the fear of God. Their lovely neighborhood was increasingly dangerous and running counter to their commitment. What should they do? Where could they go? To leave the only place they had known as home was unthinkable. There was little support from family and friends. But God was leading in unusual ways. Where would He lead? How would this affect the relationships they had forged with family and the many friends they had made in the churches they attended in their spiritual journey? Little would they know that God would lead them among the plain people in the Shenandoah Valley of Virginia and on into the mountains of West Virginia. Their journey was sometimes perplexing and at other times it led them into serious testing. But there was much happiness and laughter in their many new experiences.

Bernadette (Becky) Noonan was born to Irish parents in Buffalo, New York. She received her elementary and secondary education in the public schools of the city. Becky received her BA degree in Chemistry Education from Canisius College of Buffalo, a Jesuit college.She Married Joseph McGurrin and together they have raised four children.She is presently writing curriculum for Christian Light Publications in Harrisonburg, Virginia.This is her first book.